Your support enabled our collective achievements, including initial steps toward sanctions, but we need a much stronger grassroots and civil society push to get there. 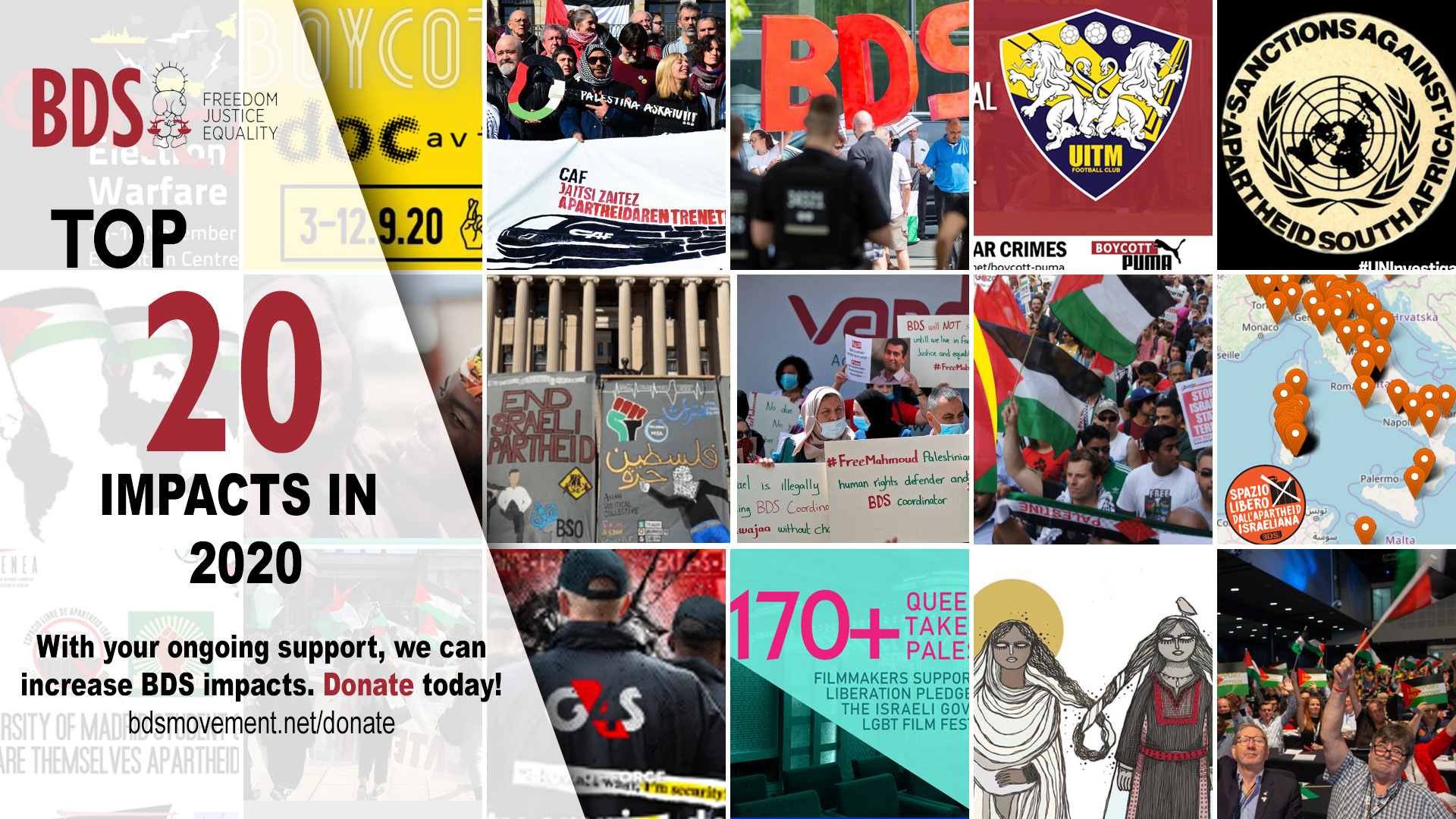 Despite its massive investment of financial, political, diplomatic, propaganda and intelligence resources in its war against the BDS movement, Israel has failed, as some of its own lobby groups today admit, thanks to your support worldwide.

For years, activists have been asking, when will our successful “B” and “D” efforts start resulting in some “S”? When will our grassroots boycott and divestment campaigns start affecting policymakers to consider imposing sanctions on apartheid Israel similar to those imposed on apartheid South Africa in the past?

Below we share with you 20 of the most important indicators of impact that your support has enabled us collectively to achieve in 2020. We may have begun the early stages of this transition to “S,” but we still need a much stronger grassroots and civil society push to get there.

With your ongoing support we can start seeing more of the “S” materialize!