HP-branded corporations play key roles in Israel’s oppression of Palestinians. They are complicit in Israel’s occupation, settler-colonialism and apartheid regime. They provide computer hardware to the Israeli army and maintain data centers through their servers for the Israeli police. They provide the Itanium servers to operate the Aviv System, the computerized database of Israel’s Population and Immigration Authority. This forms the backbone of Israel’s racial segregation and apartheid.

HP-branded corporations provide and operate technology that Israel uses to maintain its system of apartheid, occupation and settler colonialism over the Palestinian people. Hewlett Packard’s violations of Palestinian human rights have been well documented. Aside from providing services and technology to the Israeli army and police that maintain Israel’s illegal occupation and siege of Gaza, HP provides Israel’s Population and Immigration Authority with the exclusive Itanium servers for its Aviv System. This system enables the government to control and enforce its system of racial segregation and apartheid against Palestinian citizens of Israel, and is directly involved in Israel’s settler colonialism through its “Yesha database”, which compiles information on Israeli citizens in illegal settlements in the occupied Palestinian West Bank.

HP has been described as the “Polaroid of our times”, a reference to huge mobilisations against the use of Polaroid technology by the South African apartheid regime for its racist passbook system. Polaroid’s 1977 withdrawal from South Africa marked a turning point in the international effort to end apartheid there.

HP-E is contracted by Israel’s Population and Immigration Authority to provide and maintain the Itanium servers that house Israel’s population registry through 2020. Known as the Aviv System, this population registry is the basis of Israel’s ID card system. This ID system forms a core part of the Israeli apartheid regime’s tiered system of citizenship and residency that privileges Israel’s Jewish population and gives inferior status and rights to Palestinians, especially those in East Jerusalem. This leads to institutionalised racial discrimination and segregation in freedom of movement, housing, employment, marriage, healthcare, education, and policing. This discrimination is further exacerbated in the case of Palestinian “residents” in occupied East Jerusalem, whose most basic rights can and are being revoked arbitrarily. 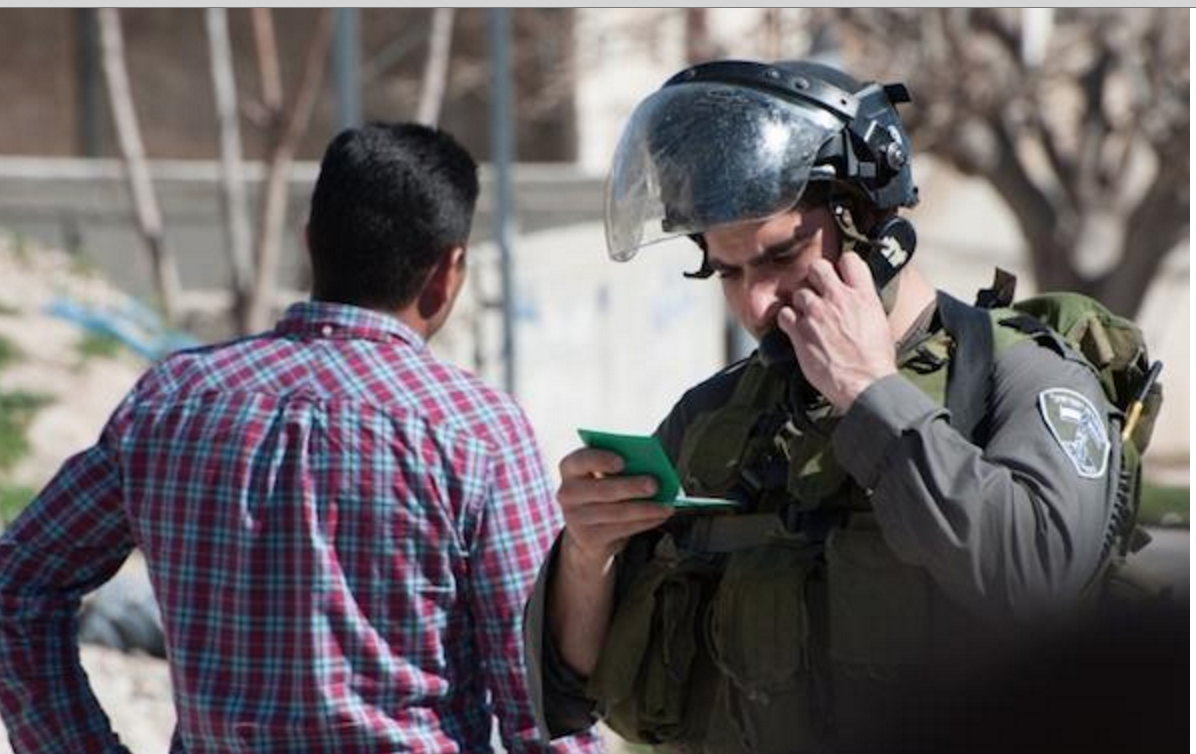 HP Inc. has been contracted to serve as the exclusive provider of personal computers to the Israeli military, which uses those computers within the context of ongoing war crimes and systematic oppression of the Palestinian people. HP has been supplying the Israeli military since 2009, with its most recent contract signed in 2014, extendable through 2019.
HP-E also has an ongoing contract with Israeli police to maintain their data centre, operated through HP servers.

In 2015, HP split into HP Inc.- which carried on the brand name and provides consumer hardware, and HP-E for business and government services. In such a scenario, the BDS National Committee maintains that:
“The onus is on each company to demonstrate to the public that it is free of illegal and unethical business activities.”
Further, despite multiple requests for clarification, both the new companies sharing and profiting from the HP brand are yet to provide unambiguous evidence to show that their business activities with Israel do not violate International Humanitarian Law and Palestinian Human Rights.
HP has, in the past, held a contract with the Israeli Ministry of Defence under which it developed and maintained the Basel System- the biometric identification system installed on checkpoints in the occupied Palestinian Territory, controlling the mobility of Palestinians. It also worked with the Israeli military, helping build its IT infrastructure. This included a program with the Israeli Navy which enforces the illegal naval blockade on Gaza. For these and other past ties of complicity with Israel’s occupation, apartheid and settler-colonialism, HP-branded companies must provide reparations to the Palestinian victims of these crimes. 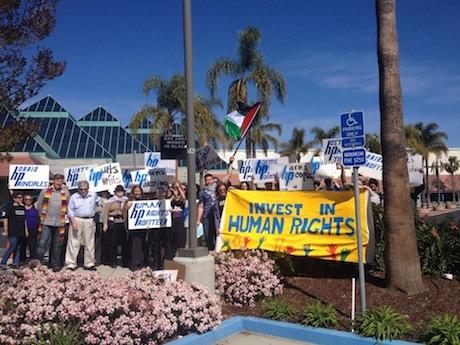 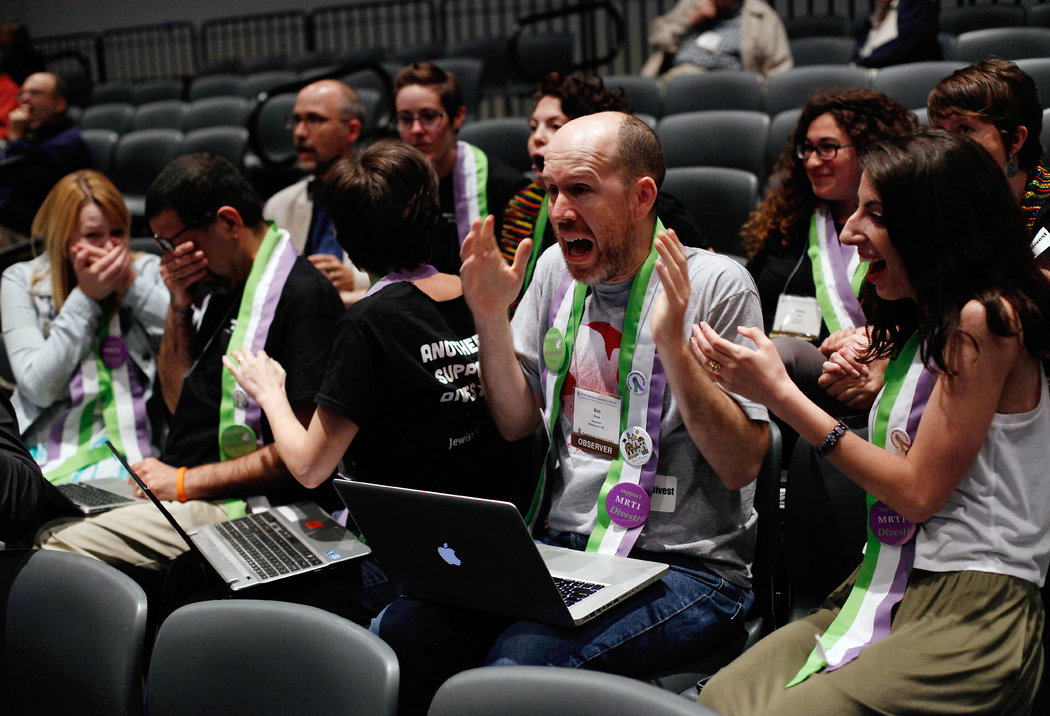 1.7M
More than 1.7 million people have signed a petition urging HP to end its role in Israeli apartheid.

More than 1.7 million people have signed a petition calling on HP to end its role in Israeli apartheid and settler colonialism.
In late 2016, the International Boycott HP Week of Action included 150 actions in 30 countries supporting the HP boycott!

In April 2018 the City Council of Dublin, Ireland’s capital,  voted to endorse the BDS Movement and end contracts with HP-branded corporations.
In April 2017, the  City Council of Portland in the state of Oregon voted to divest from all corporations, including HP, after a years-long campaign run by a coalition of organizations supporting human rights in Portland and around the world.

In April 2019, the largest Trade Union of the Netherlands, Federatie Nederlandse Vakbeweging (FNV), with 1.1 million members, dropped HP as a partner in their offers to their members.
The Students Federation of India, the largest student organization of India, with over 4 million members, has adopted the HP boycott in June 2018. More than a dozen student governments in the US have called on their universities to divest from HP.
In May 2017, the National Union of Teachers (NUT), the U.K.’s largest teachers union, became an HP-Free Zone and pledged to “not buy or use HP products or services as a gesture of solidarity with the Palestinian people.”

The Palestinian BDS National Committee is calling for an individual and institutional boycott of all HP consumer products including laptops, printers and printer ink. Ask consumers not to buy HP products and work with your local retailers to get them to deshelve HP products.

Campaign for local governments to commit to not collaborate with, contract with, or invest in HP.