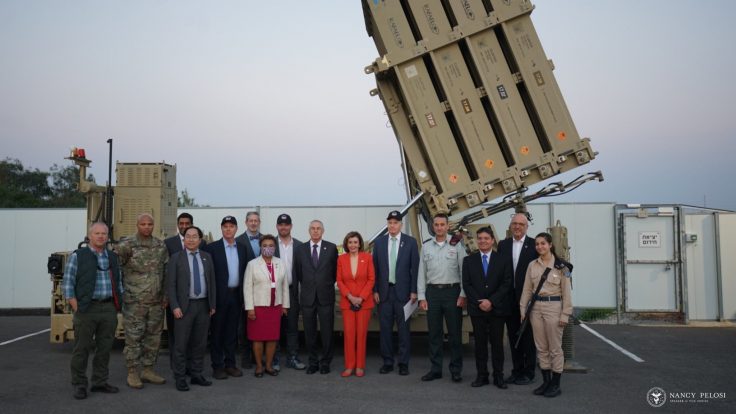 Based on the letter and spirit of the BDS movement [1] guidelines, when do political/diplomatic visits/delegations to the Israeli state by elected officials from any state – members of parliament, mayors, governors, etc. – constitute complicity in maintaining and/or whitewashing Israel’s regime of military-occupation, settler-colonialism and apartheid?

Solidarity visits are obviously non-complicit and are welcome by Palestinians, provided that they conform to the do-no-harm principles for international visits.

Fact-finding or diplomatic missions – such as those mandated by the UN or by states or inter-state organizations attempting, for instance, to “deal with” an urgent crisis – do not cross the Palestinian picket line and are not boycottable, even if they include meetings (as opposed to institutional relations) with complicit Israeli institutions/entities. This is provided that these visits have no institutional link of any sort to the Israeli government, complicit institutions or lobby groups and that they conform to the do-no-harm principles for international visits.

(1)   When the visit is funded/sponsored by Israel, its lobby groups, or its complicit institutions, or

(2)   When the visit is not a fact-finding or diplomatic mission and is not based on the explicit recognition of the full set of human rights of the Palestinian people under international law. Most importantly, this includes the rights to freedom from occupation and racial discrimination/segregation, and the right of return of Palestinian refugees, or

(3)   When the visit violates the ethical guidelines for international visits set by Palestinian civil society.

The BDS movement calls for boycotting such complicit visits of elected officials and for the solidarity movement to hold officials – from its respective state – who participate in them accountable in a context-sensitive manner that is both principled and strategic.

Visiting or meeting with token Palestinians, for “balance,” during a complicit visit, as defined above, does not mitigate its harm to Palestinian rights or change the fact that the visit crosses the Palestinian picket line, as explained below. Palestinian fig leaves cannot possibly cover the naked complicity of such harmful visits.

As stated by the BDS movement:

“Boycott bashers [may] attempt to redeem their conscience, and with it some moral ground, by using token Palestinians (or more rarely other Arabs) as a fig leaf to cover up their complicity in Israel’s violations of international law and Palestinian rights.  … When these [token] Palestinians and Arabs play such roles, it is sometimes due to a lack of political understanding, but, more often than not, it is due to a willingness to put personal interest ahead of collectively upheld principles of resistance to colonial oppression and apartheid. …

“Palestinians are not unique in this sense. Given the dire conditions of resource starvation resulting from decades of Israeli occupation, ethnic cleansing and apartheid policies, Palestinians, like most other peoples struggling for de-colonization and self-determination, have had our share of not just what we call willing fig leaves, but also of those who collaborate at a much deeper level with the oppressors in return for narrow benefits.  … However, a few wilting trees of opportunism or even betrayal should never hide the forest of consensus behind Palestinian civil resistance against Israel, a consensus that is reflected in the leadership of the boycott campaign, the BDS National Committee (BNC). …

“Managing to speak to some Palestinians here or there, or to partner with some clueless or deliberately fig-leafing Palestinian institution, cannot possibly reduce the damage done by violating the boycott guidelines, as such violations serve first and foremost to save Israel’s fast-dissipating veneer of respectability on the world stage. No fig leaf, no matter how large it may seem, can hide the act of complicity in whitewashing Israel’s occupation and apartheid that these boycott bashers commit when they cross the picket line.” [Emphases added]

[1] The BDS movement is led by the Palestinian BDS National Committee (BNC), which is the broadest Palestinian civil society coalition. The BNC, which sets the movement guidelines, is a large coalition of all the major Palestinian trade unions, women’s associations, grassroots entities, Palestinian refugee networks, professional associations (lawyers, engineers, physicians, etc.), NGO networks, among others.