November 19, 2020
/ By
Palestinian Campaign for the Academic and Cultural Boycott of Israel (PACBI)
/
Brazil

Filmmakers representing more than half the Brazilian short films have withdrawn their films in response to the call from Palestinian queers to boycott TLVFest over its role in pinkwashing Israel's crimes. A total of 19 filmmakers and producers withdrew from TLVFest this year. 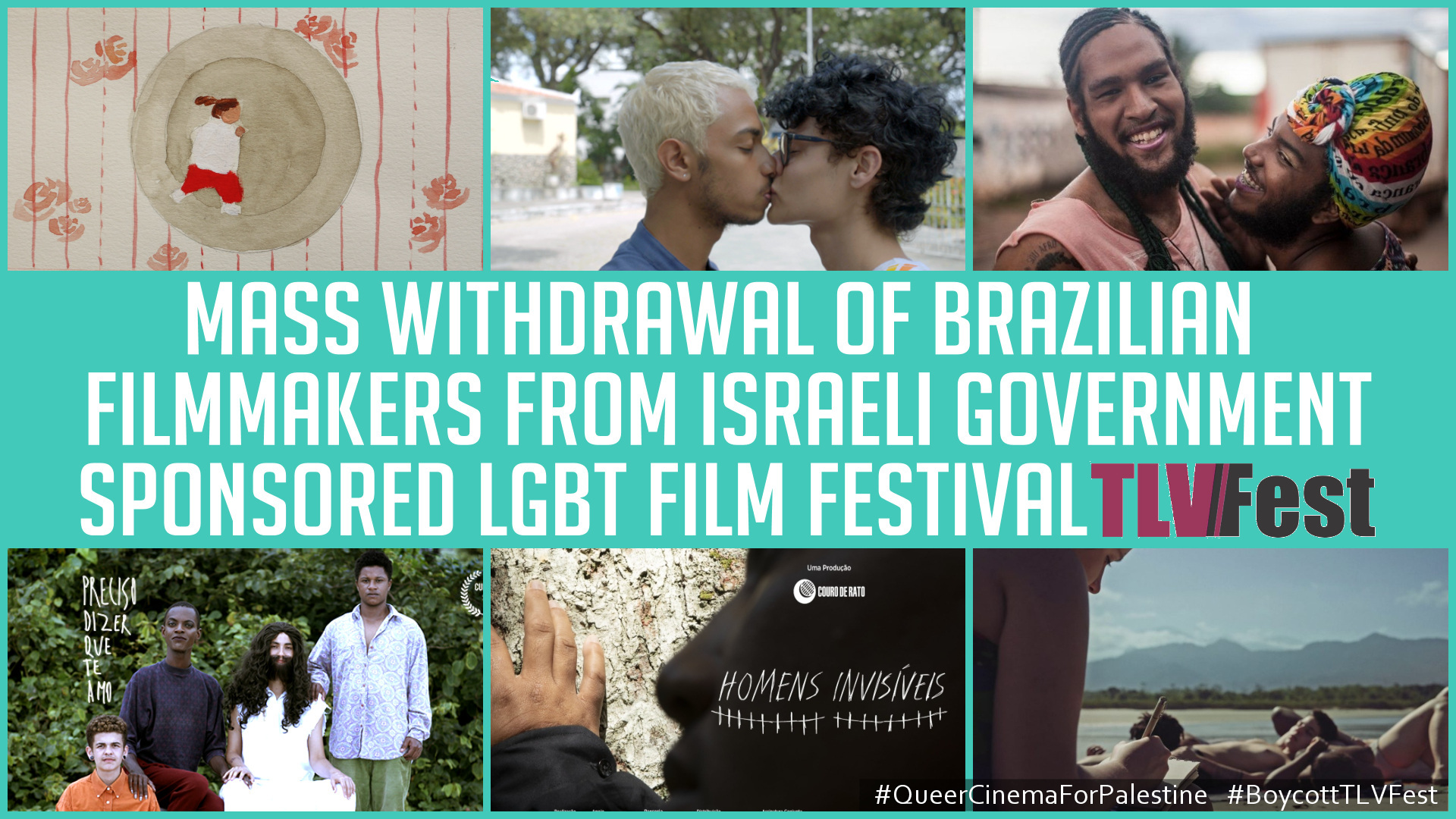 The filmmakers, representing over half the Brazilian shorts at TLVFest, have requested their films be withdrawn from the program in response to the call from Palestinian queers.

Palestinian queers are calling for a boycott of TLVFest over its role in the Israeli government’s pinkwashing agenda, which uses LGBTQIA+ rights to cover up its apartheid regime and its oppression of millions of Palestinians, queer and non queer alike.

Ariel Nobre, director of I Have To Say I Love You, said in a statement:

I understood that it is better to listen to Palestine's social movements and boycott the event. Queer and Palestine Liberations must come together!

We filmmakers cannot remain unaware of the causes that require the commitment of all. The Palestinian cause is one of them, and the CARNE team, including director Camila Kater, as well as the producers Lívia Perez and myself, decided to withdraw the short of a festival in Tel Aviv in solidarity with the Palestinian filmmakers. Even more so because it is an LGBTQI+festival.

Carne has been nominated for the 2021 Goya Awards.

Bruno Victor and Marcus Azevedo, directors of Afronte, stated in an open letter to the festival:

[W]e would like to remove our film from the TLVfest programming, as a way of demonstrating against the human rights violations against the Palestinian people. We believe in the fight for freedom not only for the LGBT community, but for everyone.

We live in a country that is currently in line with Israeli policies, endorsing oppression against the Palestinian State, so as a way to take a stand both against the oppression imposed by Israel and against the genocidal policies of the Brazilian State, we decided to join the campaign boycott.

As in past years, TLVFest has refused to honor the wishes of most filmmakers asking for their films to be removed from the program.

Queer filmmakers across the world are refusing to allow their films, which give visibility to our communities and our struggles, to be used by the Israeli government’s colonial pinkwashing agenda to erase Palestinian queers and oppress all Palestinians. It gives us hope. We encourage others to join the Queer Cinema for Palestine pledge as we build our community standing against oppression wherever it occurs.

Additional filmmakers responded to Queer Cinema for Palestine saying they had withdrawn from TLVFest in solidarity with Palestinian queers, bringing the total to 19 filmmakers and producers.

More than 170 filmmakers from over two dozen countries have signed the Queer Cinema for Palestine pledge, committing not to participate in TLVFest or other Israeli government-sponsored events “until Israel complies with international law and respects Palestinian human rights.”

This year, TLVFest expanded its partnership with the far-right Israeli government to include the notorious Ministry of Strategic Affairs, which leads the government’s overt and covert repressive efforts to stem the tide of international solidarity with Palestinians, in coordination with Israel's criminal secret services, the Mossad.

TLVFest sought to hide or obscure its partnership with the Ministry of Strategic Affairs following the first filmmaker withdrawals. It first replaced the English version of the ministry’s logo with a Hebrew version, then removed it altogether only to replace it again with a non-branded logo.

A newly created YouTube channel for the Ministry of Strategic affairs contains nothing but promotional videos for TLVFest.

Filmmakers informed Queer Cinema for Palestine that TLVFest had once again enlisted Creative Community for Peace (CCFP) to counter the call from Palestinian queers. CCFP is a US-based propaganda front group for Israeli government lobby organization Stand With Us, which has allied itself with John Hagee’s racist and homophobic “Christians United for Israel.”

Dozens of filmmakers have responded positively to calls from Palestinian queers and allies to withdraw from TLVFest over the past few years.

In 2009, filmmaker John Greyson withdrew his film Fig Trees from TLVFest, stating, “to not take this stand is unthinkable, impossible”.

The Palestinian Campaign for the Academic and Cultural Boycott of Israel (PACBI) was initiated in 2004 to contribute to the struggle for Palestinian freedom, justice and equality. PACBI, a key part of the global, Palestinian-led BDS movement, advocates for the boycott of Israeli academic and cultural institutions, given their deep and persistent complicity in Israel’s denial of Palestinian rights as stipulated in international law. Visit PACBI at https://bdsmovement.net/pacbi and follow us on Twitter @PACBI 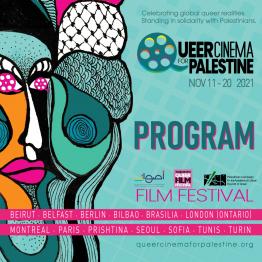