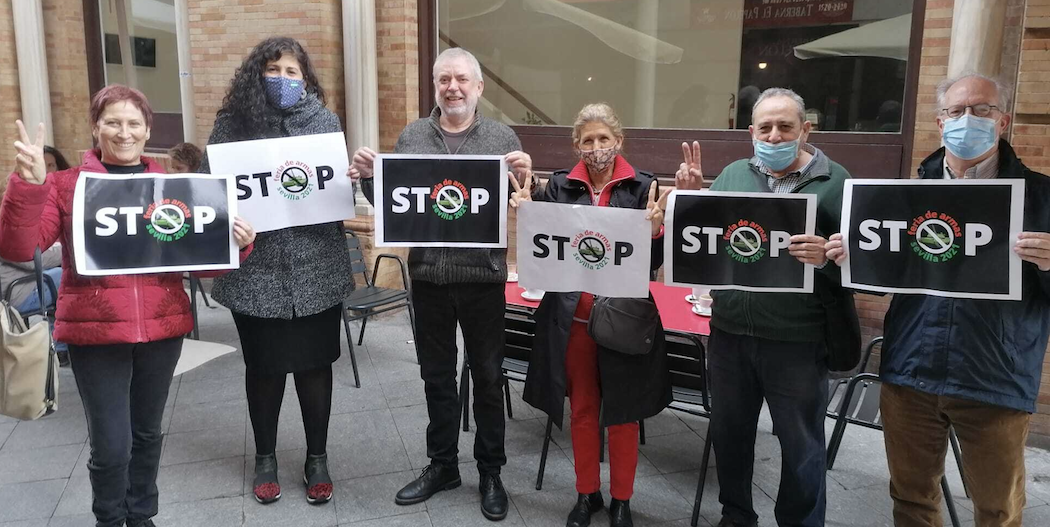 In a press release issued today by the City Council of Seville, the Councilor of Urban Housing, Tourism and Culture, Antonio Muñoz, announced the cancellation of the Electronic Warfare Europe arms fair which was scheduled to take place at the Palace of Exhibitions and Congresses of Fibes in Seville in May 2021.

The same fair had been cancelled in Liverpool, UK, where Elbit Systems, Israel’s largest private weapons manufacturer whose arms are regularly used by the Israeli military to kill and maim Palestinian civilians, was a partner. The Liverpool cancellation came after a strong local coalition - Liverpool Against the Electronic Arms Fair, in partnership with Palestine Solidarity Campaign (PSC), the Campaign Against Arms Trade (CAAT) and the Campaign for Nuclear Disarmament (CND) - urged Liverpool’s City Council to cancel the unethical event promoting violations of human rights.

Citing the cancellation by Liverpool and predicting negative repercussions for the city, the Seville City Council said the government's decision responds to the "inconvenience of linking the city's image as a major congress venue to a controversial event with national and international repercussions."

We do not want to be complicit in the weapons used to repress oppressed peoples such as the Palestinians or the Yemenis. Spanish institutions must not allow arms fairs in their spaces.

We hope [the Seville] City Council will be consistent and also cancel the Aerospace and Defense Meetings Seville 2021, sponsored by Airbus, a company that profits from war crimes in Yemen.

In a very short period of time, the Platform Stop Feria de Armas en Sevilla, formed by over twenty organizations, had mobilised strong social opposition, sending a letter to the Mayor of Seville, organising a public webinar on militarism, with wide coverage in the mainstream press, and had coordinated with local political parties that also opposed the arms fair.

Speaking for the BDS movement for Palestinian rights that has organized boycott and divestment campaigns against Elbit Systems and other Israeli military companies, Alys Samson Estapé said:

Progressive, anti-war and anti-racist groups are chasing arms fairs out of Europe, first Liverpool and now Seville. There is no place for weapons in our cities. Instead of allowing arms fairs, institutions should end all arms trade with oppressive regimes like Israel, which test their weapons on Palestinians, and then sell them for use in repressing dissent all around the world.