AOC Backs Out of Rabin Event

Congresswoman Alexandria Ocasio-Cortez was set to participate in an event honoring former Israeli Prime Minister Yitzhak Rabin. After a barrage of backlash, she backed out. 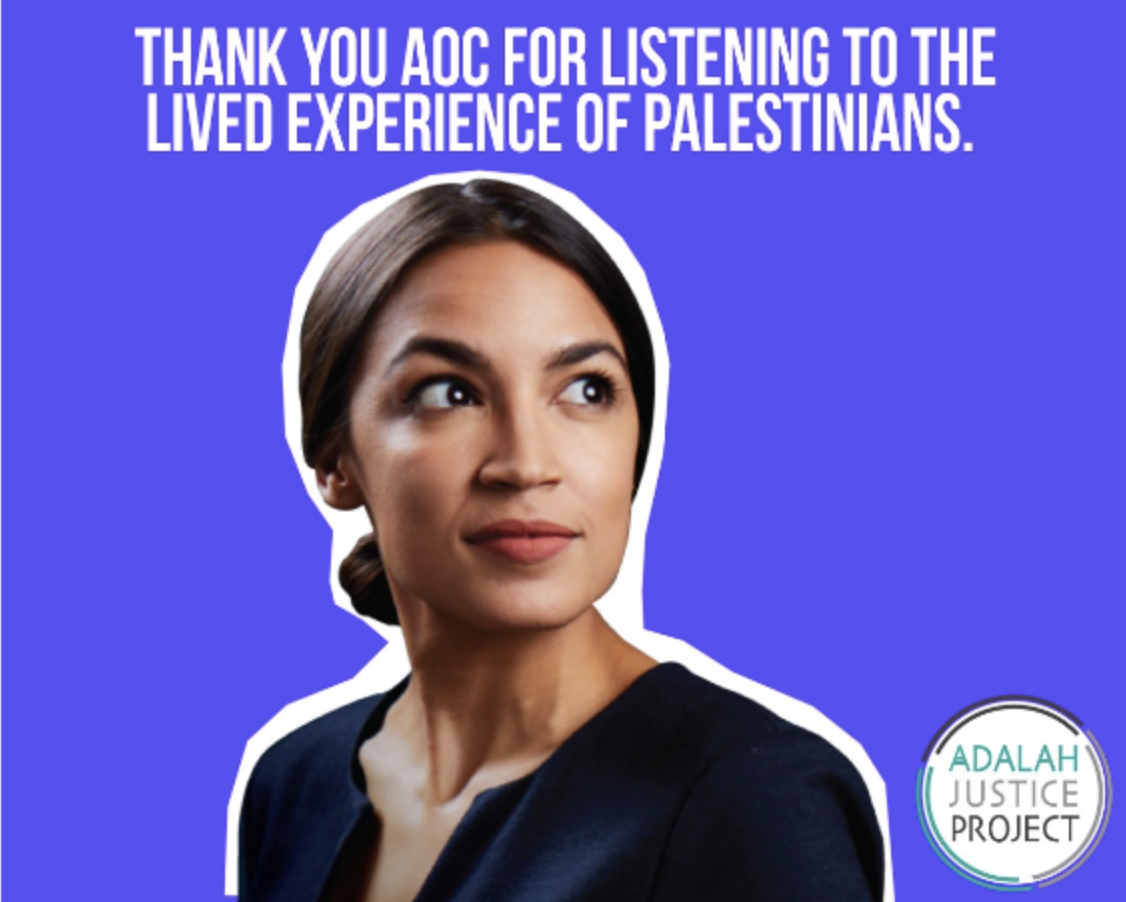 Rep. Alexandria Ocasio-Cortez was scheduled to participate in an event honoring the legacy of Israeli Prime Minister Yitzhak Rabin this month. The memorial had been organized by the group Americans for Peace Now (APN), who tweeted that AOC would “reflect on fulfilling the courageous Israeli leader’s mission for peace and justice today in the US and Israel.” News of the event quickly spread on Twitter and the congresswoman received a barrage of backlash over her involvement, from Palestinians and advocates for the Palestinian cause. Soon after, AOC backed out of it.

While Rabin (who was assassinated by an Israeli right-wing extremist in 1995) has been reimagined by liberal Zionists as a symbol of peace, that’s certainly not how most Palestinians view him. He was an operations officer during the 1948 war and signed the order to expel over 50,000 Palestinians from their homes in the “Lydda Death March.” He instructed the Yiftach Brigade to show no mercy during the ethnic cleansing, telling them “the inhabitants of Lydda must be expelled quickly, without regard to age.” During the First Intifada, Rabin allegedly told soldiers to break the bones of any Palestinian who resisted.

Groups like APN champion his connection to the Oslo Accords in 1993, but if you’re reading this newsletter you probably already know that the whole thing was a sham. The late, great Edward Said called the agreement, “an instrument of Palestinian surrender.” In his book The End of the Peace Process, Said wrote, “No negotiations are better than endless concessions that simply prolong the Israeli occupation. Israel is certainly pleased that it can take the credit for having made peace, and at the same time continue the occupation with Palestinian consent.”

Twenty-seven years later, all of Said’s warnings have turned out to be true. Here’s what Jon Schwarz and Alice Speri wrote at The Intercept on the 25th anniversary of the agreement:

Who was right? Who was wrong? The answer is obvious from the silence this week of Oslo’s proponents — on the 25th anniversary of the accord. There are no op-eds from former State Department officials congratulating themselves on their hard work and diligence. Bill Clinton has not taken to Twitter to reminisce about that hallowed day.

They all realize, of course, that it would be ridiculous if they did. Today there is no Palestinian state, no peace — and no sign there ever will be either. Since Oslo, about 10,000 Palestinians have been killed by Israel, several thousand of them women and children, and more than 1,500 Israelis have been killed by Palestinians. The West Bank and Gaza have been politically severed from each other, even as the number of Israeli settlers has grown from about 250,000 in 1993 to 600,000 today. And the Israeli government and populace have grown more and more extreme, to the point that Prime Minister Benjamin Netanyahu, who once was seen as occupying the far-right of the political spectrum, now is part of the sensible center.

It’s unclear why AOC (or the people around her) believed it was a good idea to participate in the event, or how they possibly didn’t see the reaction coming. However, the fact she backed out is extremely important. It’s a huge victory for the Palestine Solidarity Movement and a big blow, not just for the Israel Lobby, but for liberal Zionists.

The online reactions from the pro-Israel crowd were predictably apoplectic. “For my part, I will just say that if Yitzhak Rabin, a guy who changed his worldview and literally died for peace, fails your purity test, it’s possible your purity test isn’t aimed at actually brokering real world peace and is bad,” tweeted Tablet’s Yair Rosenberg. Anti-Defamation League CEO Jonathan Greenblatt tweeted, “Yitzhak Rabin was a heroic Israeli leader, a Nobel Laureate who gave his life for peace. Backing out of this event, hosted by dovish [APN] no less, is sad, wrong and truly a missed opportunity for AOC to show support for peace & reconciliation.”

The Democratic Majority for Israel (DMFI) put out a statement condemning her decision:

Congresswoman Ocasio-Cortez’s decision to renege on her agreement to speak at a memorial to Israeli Prime Minister Yitzhak Rabin, who was slain trying to make peace, is wholly wrong and deeply regrettable.

It is also offensive to those who support a two-state solution to the Israeli Palestinian conflict and, sadly, gives aid and comfort to the enemies of peace.

Fortunately, her fundamental disrespect for Israel and for peacemakers is not shared by the vast majority of Democrats in Congress or at the grassroots.

As we’ve pointed out dozens of times in this newsletter, if not hundreds of times on the Mondoweiss site, DMFI’s point about grassroots Dems is a verifiable lie that can be refuted in the amount of time it takes to run an online search. Every single recent poll on the topic points to the fact that Democratic voters are becoming less pro-Israel, more receptive to conditioning military aid to the country, and developing a deeper concern for Palestinians. DMFI is right that congressional Democrats remain very pro-Israel, but the group also has to know that the (purposely dormant) two-state consensus is beginning to rupture and the BDS movement is gaining ground. Can anyone honestly envision a politician being successfully pressured into pulling out of such an event just a few years ago?

In the last installment of The Shift we covered the controversy over San Francisco State University hosting an online event that featured Leila Khaled. That stream, and information about it, ended up being censored by Zoom, Facebook, and YouTube. DMFI tweeted in support of the suppression: “This is the right decision. Terrorists—and members of U.S.-designated terrorist groups—should not be given a platform to spread their hate.”

Of course Khaled never killed anyone, while Rabin was a war criminal. The lack of moral consistency from pro-Israel groups is hardly surprising, but you rarely see such a nice distillation of their hypocrisy within the span of just a few days.