Skip to main content
In the News
This article is reposted from
European Coordination of Committees and Associations for Palestine
, click here to read the original article.

Under public pressure, EU reshapes use of Israeli military drones in Mediterranean

November 9, 2020
/ By
European Coordination of Committees and Associations for Palestine
/
European Union 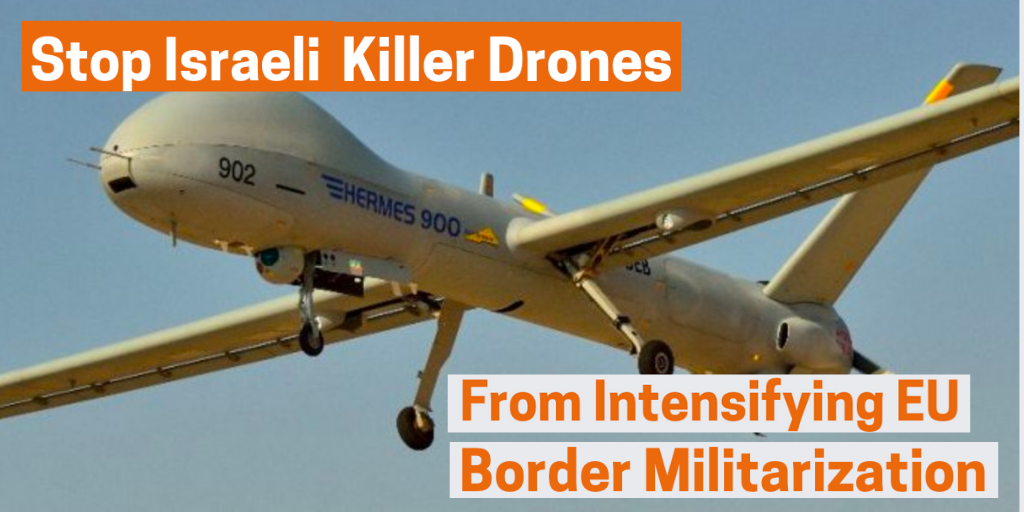 Brussels/Ramallah, 9 November 2020 – Portuguese company CeiiA recently decided not to renew the lease of two drones from Israeli arms company Elbit for border patrol and other missions for the European Maritime Safety Agency (EMSA). This decision follows the signing of the petition ‘Stop Israeli Killer Drones’, launched by World Without Walls Europe and co-sponsored by 46 organisations, by over 10,000 European citizens demanding the end of the contract and the use of drones. Unfortunately, this does not mean the end of the use of military drones for EU border security. EU border guard agency Frontex contracted Israeli Aerospace Industries (IAI) and Elbit drone services, and Greece started to lease IAI drones for border patrol as well.

Frontex and EU member states could request EMSA to provide the use of the Hermes drones from Elbit for detecting and intercepting migrant boats, amongst other missions. At the beginning of this year one of these drones crashed in Crete, while monitoring the maritime borders of Greece. Elbit Systems develops its drones together with the Israeli military and promotes its technology as field tested – on Palestinians. It provides 85% of the drones used by Israel in its repeated military assaults and continued inhumane siege on Gaza.

Earlier this year Greece announced it will lease Heron drones from IAI, notorious for the same reasons as the Hermes drones, to expand its border security capacity. And last month Frontex announced it awarded a €50 million contract to Airbus (with IAI as subcontractor) and Elbit for providing drone surveillance flights in the Mediterranean in the next two years. With these contracts Frontex takes new steps in its border security work, the expansion of its role in EU migration and border policies and in acquiring its own equipment instead of relying on that of EU member states. For refugees trying to cross the Mediterannean this can have more devastating consequences, especially in light of recent publications about Frontex’ complicity in illegal pushbacks from Greece to Turkey and pull-backs to Libya. It is also a point of concern that it remains unclear what the contracted companies can do with the raw data collected by the drone missions, apart from making it available to Frontex.

“The end of the use of Elbit drones by EMSA shows that public pressure has impact to stop unethical practices and shed light on the atrocious sales strategies of Israeli arms companies”, said Aneta Jerska (ECCP) from World Without Walls Europe. “The new Frontex contract and the increasing use of drones, many of them from Israeli companies, for targeting refugees at Europe’s borders mean that we need to build much more pressure to stop Europe’s deadly anti-migration politics and the EU’s financing of Israel’s military industry.”

On Tuesday 10 November (3pm CET) World Without Walls Europe organises the webinar ‘The EU-Israel Nexus: Militarisation, Migration and Apartheid’. Speakers from Who Profits, Stop Wapenhandel, Legal Center Lesvos, Sea Watch and Migreurop will discuss EU border militarisation, the role of Israeli military companies and ways to come in action against this.

The petition and the list of co-sponsoring organisations: https://petition.stopthewall.org/

For more details about the new Frontex contract: https://stopwapenhandel.org/node/2432 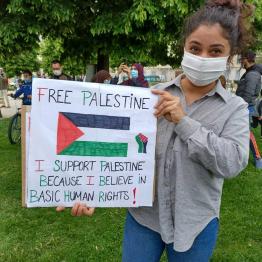 Palestinians calling from Gaza to Jerusalem: All out on Saturday May 15th End the Ongoing Nakba and the Massacre in Besieged Gaza