December 19, 2019
/ By
Palestinian BDS National Committee (BNC)
/
Thanks to your support, our BDS movement for freedom, justice and equality continued to grow in scale and impact in 2019 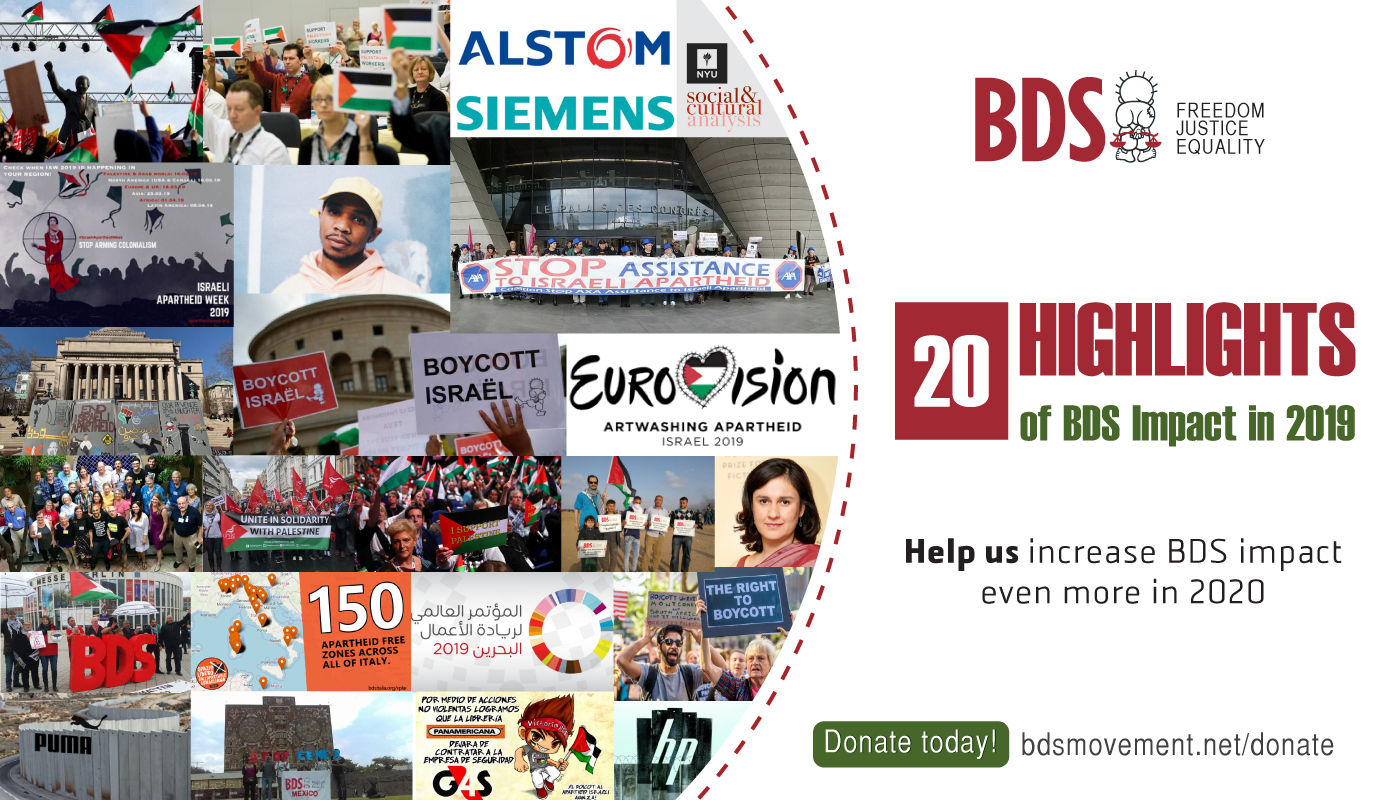 The anti-Palestinian Trump Administration and Boris Johnson government are more than ever directly engaged in Israel’s desperate war of repression on advocacy for Palestinian rights and the BDS movement in particular. Thanks to your support, our BDS movement for freedom, justice and equality continued to grow in scale and impact in 2019.

Donate now to help us fight back.

Here are just some highlights of BDS impact in 2019:

While far-right forces made gains in Israel and other parts of the world in 2019, the growth of our anti-racist BDS movement, with support from principled allies worldwide, provides a ray of hope that another world is possible for Palestinians, just as it is for people enduring injustice worldwide.