April 26, 2019
/ By
Palestine Legal
/
United States
In a huge boost for the movement for Palestinian rights, a federal judge blocked Texas’ anti-boycott law, finding it unconstitutional. 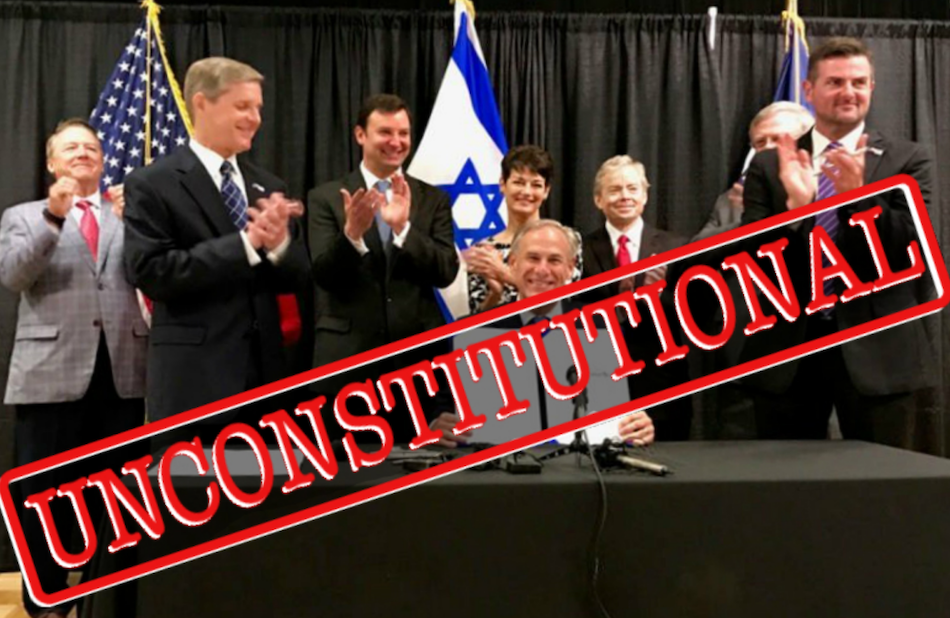 Texas is one of 27 states with anti-boycott laws aimed at curtailing boycotts for Palestinian rights. Texas’ law requires anyone who contracts with the state to sign a pledge that they don’t and won’t boycott Israel in order to get paid for their services. The Lone Star State famously came under criticism after one city required Hurricane Harvey victims to sign such an Israel loyalty oath in order to receive state aid. Elementary school speech pathologist Bahia Amawi was unable to renew her contract after refusing to sign a pledge that she will not boycott Israel.

Amawi and several other Texans sued, in two lawsuits brought by the ACLU and CAIR.

In a huge boost for the movement for Palestinian rights, a federal judge blocked Texas’ anti-boycott law yesterday, finding it unconstitutional. Federal judge Robert Pitman wrote that boycotts for Palestinian rights are protected by the First Amendment. In an unequivocal decision, he found that the Texas measure unconstitutionally infringes on the plaintiffs’ First Amendment rights because it imposes content- and viewpoint-based restrictions on political boycotts. He also found that the bill is too vague and overbroad to survive First Amendment scrutiny, places unconstitutional conditions on public employment, and compels speech.

"Texas cannot suppress boycotts for Palestinian rights just because lawmakers don't like the message that Palestinians deserve equality,” said Palestine Legal Senior Staff Attorney Liz Jackson. "Neither can Congress, Arkansas, Kansas, Arizona - or any of the 27 states that have tried to restrict our right to boycott. Judge Pitman of the U.S. District Court in Texas got it right: there is no First Amendment exception when it comes to Palestine."

Judge Pitman’s decision, like those of federal judges in Kansas and Arizona, rightly recognizes the constitutional protections afforded to political boycotts, including those advocating for Palestinian rights, and the unconstitutionality of the anti-boycott law in Texas. Here are 10 gems from his decision:

1. Political boycotts are on the ‘highest rung’ of First Amendment values

“Under Claiborne, Plaintiffs’ BDS boycotts are not only inherently expressive, but as a form of expression on a public issue, rest on ‘the highest rung of the hierarchy of First Amendment values.’” (p. 26)

“There is no authority to support the notion that speech must be concerned with domestic affairs to enjoy constitutional protection; indeed, the Supreme Court has held just the opposite.” (p. 28)

3. The Texas law engages in content- and viewpoint-based restrictions

“H.B. 89 singles out content and viewpoint for restriction. With respect to content, the statute targets only boycotts of Israel; Texas contractors remain free to boycott Palestine or any other country.”  (p. 32)

4. Texas wants to silence speech that it disagrees with

“The Court finds that H.B. 89’s plain text, the statements surrounding its passage, and Texas’s briefing in this case reveal the statute to be a viewpoint-based restriction intended not to combat discrimination on the basis of national origin, but to silence speech with which Texas disagrees.” (p. 32)

“A company wishing to boycott an Israeli person on the basis of national origin is free to do so as long as the Israeli person is anywhere in the world outside Israel or its controlled territories... The statute’s plain text makes its purpose obvious: to prevent expressive conduct critical of the nation of Israel, not discriminatory conduct on the basis of Israeli national origin. Texas points to no authority indicating that such a purpose is a legitimate or compelling aim of government justifying the restriction of First Amendment freedoms.” (p. 33)

“Texas’s briefing in opposition to Plaintiffs’ motions for a preliminary injunction further emphasizes that the motivating force behind H.B 89 is hostility toward boycott actions against a foreign-nation “ally,” not an interest in preventing discrimination against Israeli persons or entities on the basis of national origin.” (p. 34)

6. BDS does not discriminate based on national origin

“H.B. 89 is insufficiently tailored to serve Texas’s purported anti-discrimination interest. Plaintiffs all allege that they participate or desire to participate in BDS boycotts in order to protest the Israeli government’s policies and actions with respect to the Palestinian people. Nowhere do they suggest that their boycotts are motivated by the desire to discriminate on the basis of national origin; rather they boycott companies regardless of national origin. Plaintiff Dennar, for example, states that he would not boycott a company merely because its owner is of Israeli origin and Plaintiff Abdelhadi states that he boycotts only those companies “supporting Israel’s occupation of Palestinian territories, those that support Israeli policies that oppress Palestinian people, or those supporting the Israel Defense Forces”—including non-Israeli companies like PepsiCo and HP. Accordingly, H.B. 89’s prohibition on boycotts of Israel suppresses speech bearing no relation to discrimination on the basis of national origin.” (p. 37)

7. BDS is nonviolent and opposed to all forms of discrimination

“Modeled after the South African anti-apartheid movement, the BDS movement seeks to pressure the Israeli government to end its occupation of the West Bank, Gaza, and Golan Heights, end discrimination against Arab Palestinian citizens of Israel, permit Palestinian refugees to return to their homes, and otherwise comply with international law. The BDS movement claims to be nonviolent and opposed to all forms of discrimination, including anti-Semitism and Islamophobia.” (p. 2)

8. The vagueness of the Texas law makes it unenforceable

“Upon visiting Hale’s [one of the Plaintiffs] office, would a state official tasked with enforcing H.B. 89 conclude that Hale is violating the terms of his contract if there are no HP computers in the office, in light of the fact that Hale previously refused to buy HP products as part of a BDS boycott? Must Hale’s default action be to purchase HP products to ensure that he is not found liable for breaching his no-boycott certification? The statute offers no guidance to those who must enforce it or those who must comply with its dictates.” (p. 46)

9. The Texas law is part of a concerted effort by the government to compel loyalty to Israel

“Texas has forcefully defended its decision to support Israel, and has emphasized that if is ‘far from alone’ in its decision to enact ‘anti-BDS’ legislation. Twenty five states have enacted similar legislation or issued executive orders restricting boycotts of Israel, and Congress has declared its opposition to the BDS movement. In Texas, only five legislators voted against H.B. 89. Texas touts these numbers as the statute’s strength. They are, rather, its weakness. “If there is any fixed star in our constitutional constellation, it is that no official, high or petty, can prescribe what shall be orthodox in politics, nationalism, religion, or other matters of opinion or force citizens to confess by word or act their faith therein.” (p. 55)

10. There is no justification for these fundamentally unconstitutional laws

“Because H.B. 89 is not supported by a permissible aim of government, no amount of narrowing its application will cure its constitutional infirmity.” (p. 37) 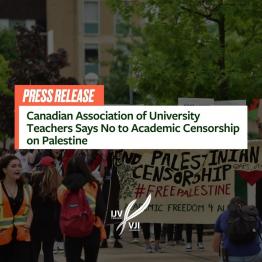