Tell Puma: I Won’t Be Part of #PumaFam While Puma Supports Israel's Assaults on Palestinian Families

October 25, 2019
/ By
Palestinian Campaign for the Academic and Cultural Boycott of Israel (PACBI)
/
Let sportswear manufacturer Puma know you won't be a part of the #PumaFam until it ends support for illegal Israeli settlements pushing Palestinian families off their land. 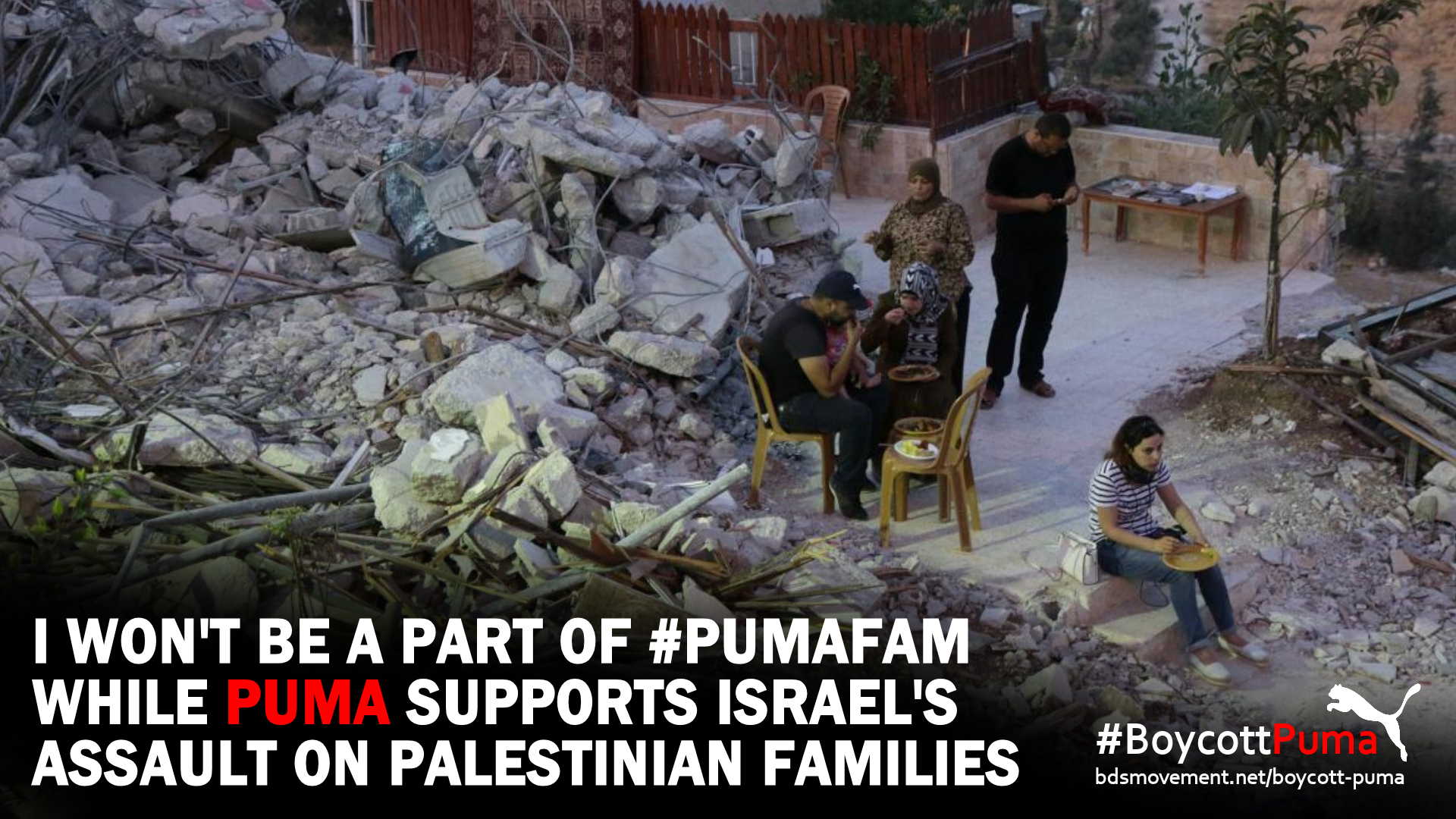 Tomorrow, October 26, groups in more than 20 countries are joining the 2nd #BoycottPuma Global Day of Action.

Puma is the main sponsor of the Israel Football Association, which includes teams in illegal Israeli settlements pushing Palestinian families off their land.

Palestinian athletes and teams are calling for a boycott of Puma until it ends support for Israel’s illegal land grabs.

Puma continues to claim a “devotion to universal equality” and talks about the values of the “Puma Family.”

Tell Puma: I won’t be part of #PumaFam while Puma supports Israel’s assaults on Palestinian families

Human rights advocats across the world are preparing for more than 50 actions at Puma shops, offices, and matches of Puma-sponsored teams.

Join them on social media to pledge your support for the Palestinian call to #BoycottPuma.

to PUMA: I won’t be part of #PumaFam while Puma supports Israel’s illegal land grabs

Israel's military occupation forces Palestinian families from their homes to give way for settlements.

I won’t be part of #PumaFam while @Puma supports Israel’s assault on Palestinian families. #BoycottPuma
https://bdsmovement.net/pumafam

Palestinian families are struggling against Israel’s military occupation for a future of freedom, justice, equality and dignity.

The entire “Puma Family” should urge Puma to end its support for Israel’s racist apartheid regime to help make that future a reality.

ps: Do You Own Puma Sportswear? Join #RebrandPuma! 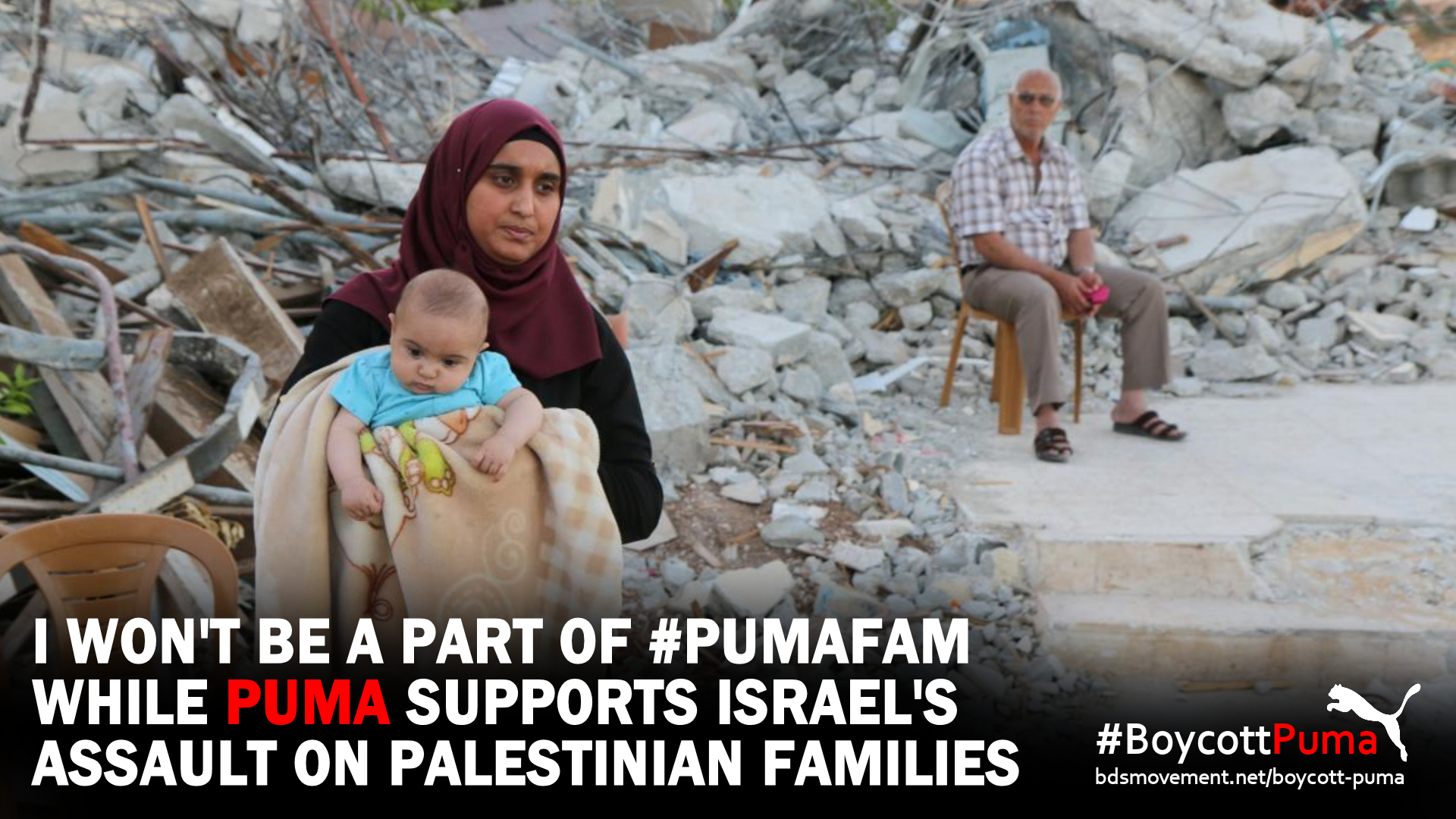 Israel Football Association
October 25, 2019
/ By
Palestinian Campaign for the Academic and Cultural Boycott of Israel (PACBI)
/