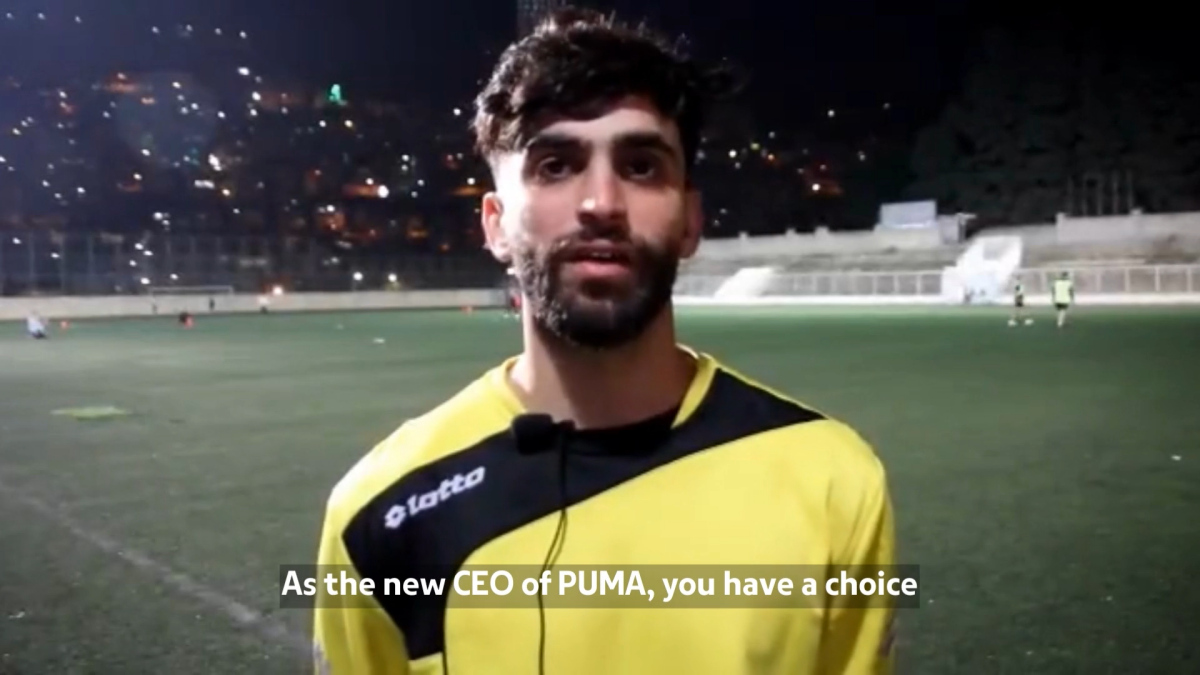 We are writing to you as players of the Balata Youth Club, a Palestinian football team in the Balata refugee camp in the Israeli-occupied Palestinian West Bank. We are one of the 235 Palestinian sports teams that are calling for international pressure on PUMA until it ends its complicity in Israeli apartheid.

As the new CEO of PUMA, we urge you to make a break with the past and ensure that PUMA lives up to its stated commitment to human rights.

As you know, PUMA is the main sponsor of the Israel Football Association, which governs and advocates on behalf of teams in illegal Israeli settlements on stolen Palestinian land.

We are a team of Palestinian refugees. Our families were violently driven from their homes during the ethnic cleansing of Palestine in 1948 and have been forced by Israel to live in our overcrowded camp ever since, denied our UN-stipulated right to return. The illegal Israeli settlements that PUMA supports are the continuation of Israel’s ongoing drive to force Indigenous Palestinians from their land and constitute a war crime under international law. They are part of what Palestinian and international scholars, and organizations like Amnesty International and Human Right Watch, have documented to be a regime of apartheid, which is recognised as a crime against humanity.

Israel’s attacks on Palestinian life and liberty impact all aspects of our existence, including for our team, our main passion: playing football.

In May 2021, on the very same day that PUMA shareholders were meeting to talk about profits, Israeli soldiers shot and killed 16-year-old Saeed Odeh, a promising young player on our team. It was a devastating blow to the entire team and camp, but it also further strengthened our resolve to work to hold companies like PUMA, which help provide apartheid Israel with impunity, accountable.

Since then, Israeli soldiers have shot and killed many other young Palestinian footballers, including 19-year-old Mohammad Ghneim in April 2022, 18-year-old Thaer Yazouri and 14-year old Zaid Ghneim in May 2022, and 23-year-old Ahmed Atef Daraghmeh in December 2022.

As footballers, what we experience is also the reality of millions of Palestinians. The year 2022 was in fact one of the bloodiest years on record for Palestinians in the West Bank living under the brutal violence of Israel’s apartheid regime. Our camp has long been the target of constant night raids by armed Israeli soldiers, who kill our neighbors, including children.

As we brace ourselves for what Israel’s most racist and fundamentalist government ever has in store for us, we commit to continue the struggle for our rights and liberty, while holding all those killed in our hearts. And we know we are not alone.

We are inspired by the growing number of international sports teams that have responded to our call by ending or refusing sponsorship deals with PUMA as long as it remains complicit in Israeli apartheid. We are heartened by the more than 125,000 human rights supporters who have called on PUMA to “stop supporting the Israeli apartheid regime’s oppression of Palestinian people.”

This weekend, groups in dozens of cities around the world will join a Global #BoycottPUMA Day of Action at PUMA shops and offices.

As the new CEO of PUMA, you have a choice to make. PUMA can join the growing global movement to hold apartheid Israel accountable until it respects fundamental human rights, just as was done in the case of apartheid South Africa. Or PUMA can be on record for supporting a brutal apartheid regime that guns down young footballers. Millions will judge PUMA accordingly.

Players of the Balata Youth Club 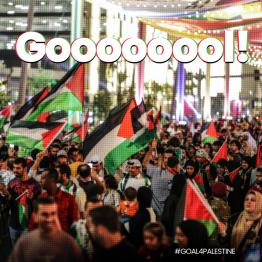