November 12, 2018
/ By
Palestinian Campaign for the Academic and Cultural Boycott of Israel (PACBI)
/
India

The Israeli government wants to use Bollywood stars to whitewash its oppression against Palestinians. Join us in urging them to refuse to participate. 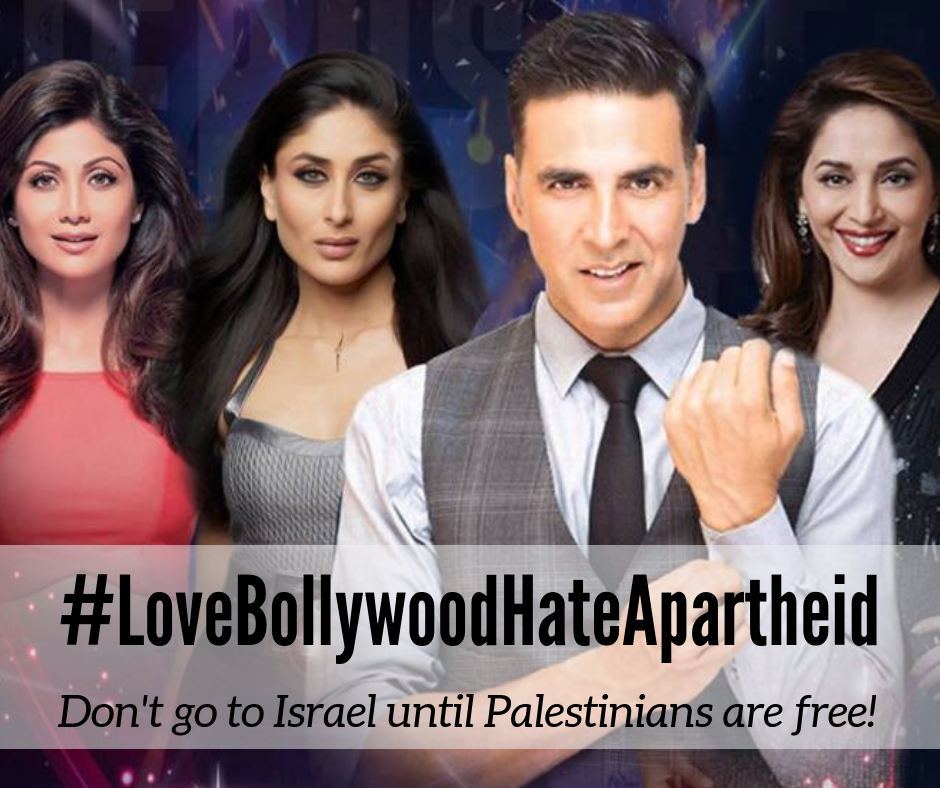 Thanks to everyone who took the time to engage with the Bollywood stars, this event has not been rescheduled. According to Indian outlet The Wire:-

“The production teams in India” cancelled the show at the last moment, the event’s website said, due to “personal constraints” – but it was slated to happen later that month. That didn’t happen as well. Since then, nothing more has been heard and by all accounts, it has been given a quiet burial.

As we told The Wire, we shall campaign closely, including on social media platforms, with our partners in Indian civil society to ensure that filmmakers in India respect their moral obligation to do no harm to our struggle for justice and freedom.

Four famous Bollywood actors are due to perform in apartheid Israel. The event has been postponed once already. This is our chance to get it cancelled altogether.

Last year, on a propaganda trip to Mumbai, Michael Oren, as a senior representative of the far-right Israeli government, urged Bollywood producers to invest in Israel. He admitted that the aim of his visit was to “fight BDS”.

Earlier this year, while in Mumbai himself, Israeli prime minister Netanyahu said, “we want Bollywood in Israel”.

Bollywood’s multi-billion-dollar film industry is the largest in the world.

Israel’s overtures are aimed at exploiting Bollywood’s enormous fanbase and its stars’ media profiles to distract from and art-wash Israel’s war crimes and violations of Palestinian human rights. This is happening at the same time as Israeli arms sales to India have reached new heights.

This year alone, Hollywood figures like Mark Ruffalo, Viggo Mortensen, Danny Glover and John Cusack have stood up for artists who respected the Palestinian call for the cultural boycott of Israel, against the bullying tactics of Israel and complicit institutions.

Let’s send the message to Bollywood actors that solidarity with Palestinians is a global concern.

Use the links below to visit the social media pages of the four Bollywood stars booked for Israel. You can comment on their posts, or create your own, tagging the actors.

Bollywood
November 12, 2018
/ By
Palestinian Campaign for the Academic and Cultural Boycott of Israel (PACBI)
/
India 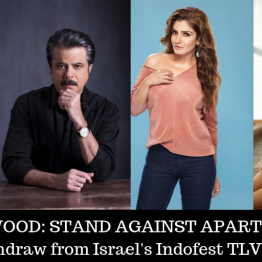