October 10, 2019
/ By
Palestinian Campaign for the Academic and Cultural Boycott of Israel (PACBI)
/
India
Help appeal to Bollywood stars booked to perform in Tel Aviv 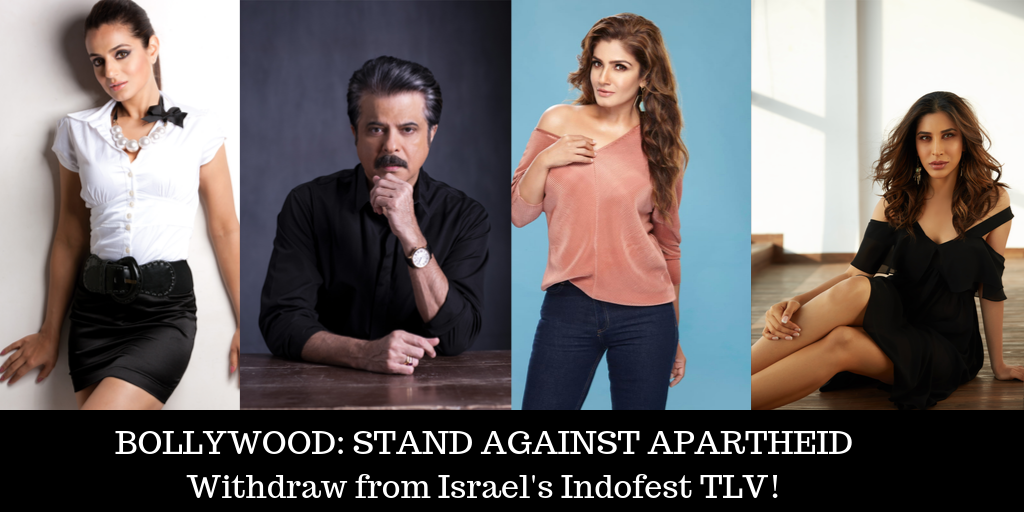 One of the stars booked to perform at Indofest TLV has said the event is cancelled.

At the time of writing, tickets are still onsale via the event website, and no formal announcement of cancellation has been made.

Bollywood film stars and celebrities, including Anil Kapoor and Sophie Choudhry, are due to perform at ‘Indo Fest TLV’ in Israel later this month. A similar event last year was indefinitely postponed after a BDS campaign.

These events are part of the ‘Brand Israel’ project, which works hard to exploit the Indian film industry to whitewash, or art-wash its violations of international law and Palestinian human rights.

Michael Oren, as a senior representative of the far-right Israeli government, urged Bollywood producers to invest in Israel during a trip to Mumbai. He admitted that the aim of his visit was to “fight BDS” Israeli prime minister Netanyahu said, “we want Bollywood in Israel”.

While Israel is using Bollywood to cover up for its crimes, it is selling arms worth over a billion dollars each year to India. Israel’s drones, guns and missiles are fuelling India’s militarization, most evident today in the over two month long blockade in Kashmir.

Across the world, the artistic community is taking action to expose Israel’s crimes. Help us reach the artists participating in this event with this message of global solidarity with Palestinians.

We invite you to contact them on social media and remind them how their participation in this event will serve the art-washing agenda of Israel’s far-right apartheid regime.

Don’t let your art be used as a tool by Israel's far-right apartheid regime to mask its crimes against Palestinians: Withdraw from Indo Fest TLV! #BollywoodStandAgainstApartheid https://bdsmovement.net/bollywoodstandagainstapartheid

Bollywood
October 10, 2019
/ By
Palestinian Campaign for the Academic and Cultural Boycott of Israel (PACBI)
/
India 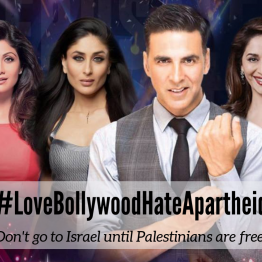