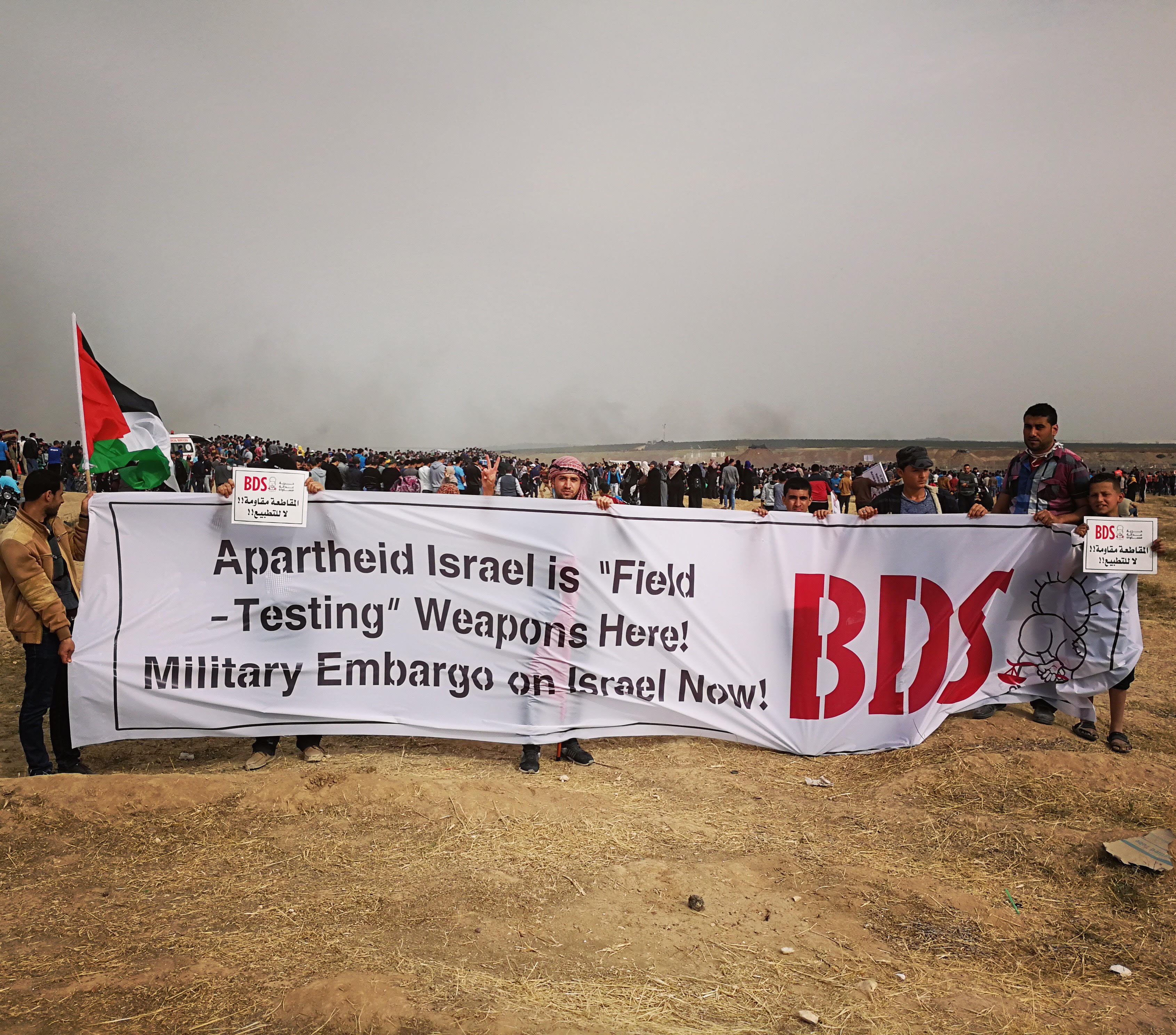 We are witnessing Israel’s ongoing massacre against unarmed Palestinian protesters in Gaza. Through inspiring popular demonstrations, they are protesting Israel’s 12-year siege, and demanding their UN-sanctioned right of return to the homes they were ethnically cleansed from.

Palestinian activists in Gaza are asking, “What is the world doing while Israel’s massacre is live streamed?” It’s up to us to make sure they are not facing Israel’s crimes alone.

We must channel our rage at Israel’s atrocities into effective actions to hold Israel accountable. Together, we can escalate Boycott, Divestment and Sanctions (BDS) campaigns.

Our concrete, strategic solidarity will send a strong message of support to Palestinians in Gaza: You are not alone, and we will work to hold Israel accountable for its murder of Palestinian protesters.

Strengthening, mainstreaming and popularizing Palestinians’ call for a two-way military embargo on Israel  is the most effective response to Israel’s ongoing massacre. This means working to end all weapons sales and purchases to and from Israel, and ending military or police partnerships with the Israeli state.

Please write to us with your action plans, questions and photos!

Two million Palestinians in the occupied Gaza Strip are showing incredible courage and determination to attain their rights. The #GreatReturnMarch continues despite Israel’s deliberate murder of more than 30 unarmed protesters and injuring of over 3,000. Palestinian journalists, children, women, youth and medical personnel have all been among those targeted.

Together, we can ensure they are not alone!