Ten Facts You Need To Know About The Palestinian Nakba

Today, on May 15th, we mark the 74th anniversary of the Palestinian Nakba (catastrophe). During the Nakba, between 750,000 and 1,000,000 Indigenous Palestinians were driven out of their homes and ethnically cleansed at the hands of Zionist militias and, later, the Israeli army to establish the state of Israel as a Jewish supremacist settler-colony. In scenes eerily similar to last May, Palestinians are once again facing and resisting apartheid Israel’s violent aggression and desecration of our holy sites. Israel’s brutality towards Palestinians has been ongoing for over 74 years, yet, during the month of Ramadan Israel escalated its violent suppression of our rights in our occupied city of Jerusalem and beyond.

Here are 10 facts you need to know about the Palestinian Nakba:

2 - Today, there are around 8 million Palestinian refugees in the Occupied Palestinian Territory and neighbouring Arab countries such as Lebanon, Jordan, and Syria. Apartheid Israel has persistently denied their UN-sanctioned right to return to their homes, lands and other property simply because they are not Jewish.

3 - The Nakba was a deliberate and systematic act carried out in order to create what Israeli human rights organization B’Tselem calls “a Jewish supremacy” in historic Palestine, which was overwhelmingly populated by Indigenous Palestinian Arabs prior to 1948.

4 - Contrary to Zionist mythology, pre-state Zionist militias began their ethnic cleansing of Palestinian towns and villages months before the establishment of the State of Israel. The massacre and depopulation of the Palestinian village of Deir Yasin, for instance, took place on 9 April 1948.

5 - Approximately 150,000 Palestinians remained inside what became Israel's borders in 1948, many of them internally displaced. They were granted Israeli citizenship but lived for years under military rule. To this day, Palestinian citizens of Israel live as second-class citizens in their own homeland, subjected to dozens of racist laws that discriminate against them because they are not Jewish.

6 - During the Nakba, Zionist militias and, later, Israeli forces systematically destroyed about 530 Palestinian towns and villages to prevent exiled Palestinian refugees from returning. Many homes that remained standing were repopulated with Jewish-Israeli colonial settlers.

7 - The Jewish National Fund (JNF), a pillar of the Zionist settler-colonial project in Palestine, acquired approximately 78 percent of its land holdings from the Israeli state between 1949 and 1953, much of it the land of ethnically cleansed Palestinian refugees that the state had confiscated and designated as “absentee property.” The JNF holds this stolen Palestinian land as “the perpetual property of the Jewish People.”

8 - The Nakba did not end in 1948 but continues to this day in the form of apartheid Israel’s ongoing theft of Palestinian land for Jewish-Israeli settlements in the occupied Palestinian territory as well as inside present-day Israel; destruction of Palestinian homes and agricultural land; revocation of residency rights; deportations; demographic engineering; periodic brutal military assaults; and forced displacement.

9 - Many residents of Sheikh Jarrah were ethnically cleansed from their homes during the Nakba. They currently face becoming refugees for the second or third time. What is happening now in Sheikh Jarrah and occupied Jerusalem in general is a prime example of the ongoing Nakba. It repeats itself in the Jordan Valley, in Al-Naqab and across the territory under Israeli control. Indigenous Palestinians are being forced from their homes by state-sponsored violence at the hands of Israeli soldiers, Israeli police, and armed Israeli settlers.

10 - Israel has a law that prohibits Palestinians who are second-class citizens of the state from commemorating the Nakba on May 15. This does not stop Palestinians from remembering and insisting on our right to return to our ancestral lands.

Share the stories of the Nakba from Palestinians and join BDS campaigns, the most effective way to support our struggle to achieve our internationally recognized rights, including the right of return for refugees. 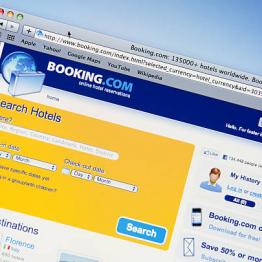