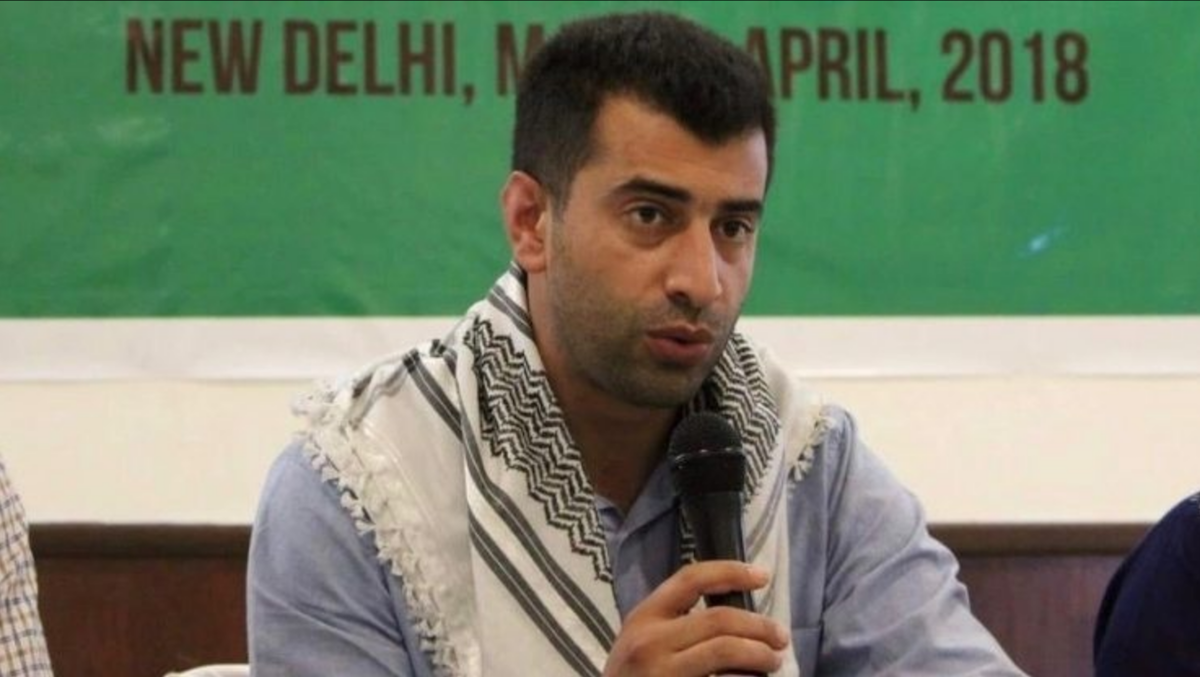 The Palestinian Human Rights Organisations Council (PHROC) condemns the arrest of human rights defender Mahmoud Nawajaa. Last Thursday, Nawajaa was arrested from his home by the Israeli occupying forces (IOF). In violation of International Humanitarian Law, he was relocated to the Al-Jalama interrogation centre inside the 1948 territory. The PHROC calls on the international community to effectively intervene for the immediate release of Nawajaa, and to ensure that the Israeli occupying authorities are held to account for the crimes committed against Palestinians.

At dawn on Thursday, 30 July 2020, the IOF arrested Mahmoud Nawajaa, a 34-year-old activist and coordinator of the Palestinian National Committee of the Boycott, Divestment and Sanctions (BDS) Movement, from his home near Ramallah city. The IOF took Nawajaa to the Al-Jalama interrogation centre [1] inside the 1948 territory.

On 2 August 2020, at the request of the Shin Bet (Israeli domestic intelligence service), an Israeli military court extended the detention of Nawajaa for a period of 15 days under interrogation. The Shin Bet request was based on the so-called “investigation into a secret file” and association with an illegal party. Denying this charge, Nawajaa confirmed to the military judge that his activity was purely peaceful and that he was not a member of any party. On Monday, 4 August 2020, an Israeli military court of appeal admitted an appeal filed by a lawyer, appointed by the Addameer Prisoner Support and Human Rights Association to defend Nawajaa. The court reduced the period of his detention from 15 to eight days. As Nawajaa has been prevented from meeting with his lawyer since his arrest, the judge upheld that the military court should exercise control over the interrogation process. It should be noted that, in contravention to international fair trial procedures and rights enshrined in International Human Rights Law and International Humanitarian Law, Nawajaa has not met with his legal counsel since the moment he was arrested.

Condemning strongly the arrest of Nawajaa, the PHROC:

[1] According to the Addameer Prisoner Support and Human Rights Association, this interrogation centre is located on the Al-Jalama junction along the Haifa-Nazareth main road. Reopened during the Al-Aqsa Intifada, the Al-Jalama centre is a maximum-security detention facility, where prisoners are held until interrogation is completed. It is situated in a building constructed during the British Mandate (www.addameer.org)

[3] Declaration on the Right and Responsibility of Individuals, Groups and Organs of Society to Promote and Protect Universally Recognized Human Rights and Fundamental Freedoms, 1998, https://www.ohchr.org/Documents/Issues/Defenders/Declaration/declaration.pdf.