March 11, 2022
/ By
Palestinian Campaign for the Academic and Cultural Boycott of Israel (PACBI)
/
United States

These trips serve to present Israel in a positive light, whitewashing its regime of military occupation, apartheid, and settler-colonialism and its decades-long denial of Palestinian rights, including the right to education. 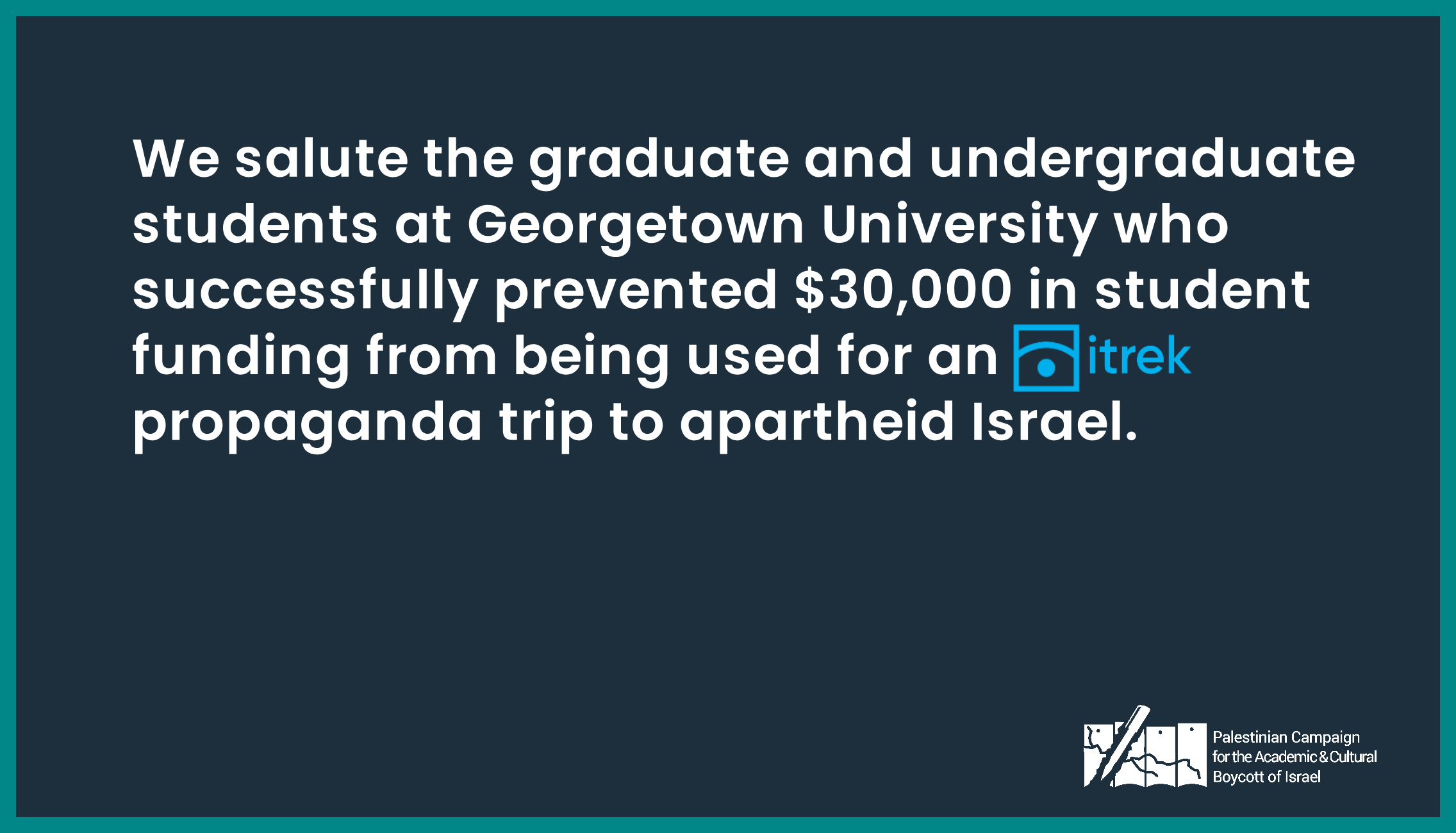 We salute the graduate and undergraduate students at Georgetown University who successfully prevented $30,000 in student funding from being used for an itrek propaganda trip to apartheid Israel.

These trips serve to present Israel in a positive light, whitewashing its regime of military occupation, apartheid, and settler-colonialism and its decades-long denial of Palestinian rights, including the right to education.

Israel has bombed and demolished Palestinian schools and universities, carried out military raids on campuses, including using live fire and tear gas, and imposed restrictions preventing travel to campus and abroad for scholarships.

The Georgetown students join hundreds of academic departments, programs, centers, unions and societies and tens of thousands of scholars, researchers, students and university staff worldwide who are standing up for Palestinian rights and urging accountability for apartheid Israel.

Many major human rights organizations now recognize Israel as an apartheid state, and Palestinians have long called for ending complicity in this regime at all levels, as was done to end apartheid in South Africa.

We join the Palestinian law students and the Georgetown students in urging all students to reject itrek’s propaganda trips and to work to ensure their university refuses ties with this organization’s deliberate whitewash of Israel’s war crimes and crimes against humanity perpetrated against Indigenous Palestinians.