Statements in support of Palestinian rights, many advocating for BDS, have been endorsed by more than 350 academic departments, programs, centers, unions and societies and garnered nearly 24,000 signatures from scholars, researchers, students and university staff worldwide. 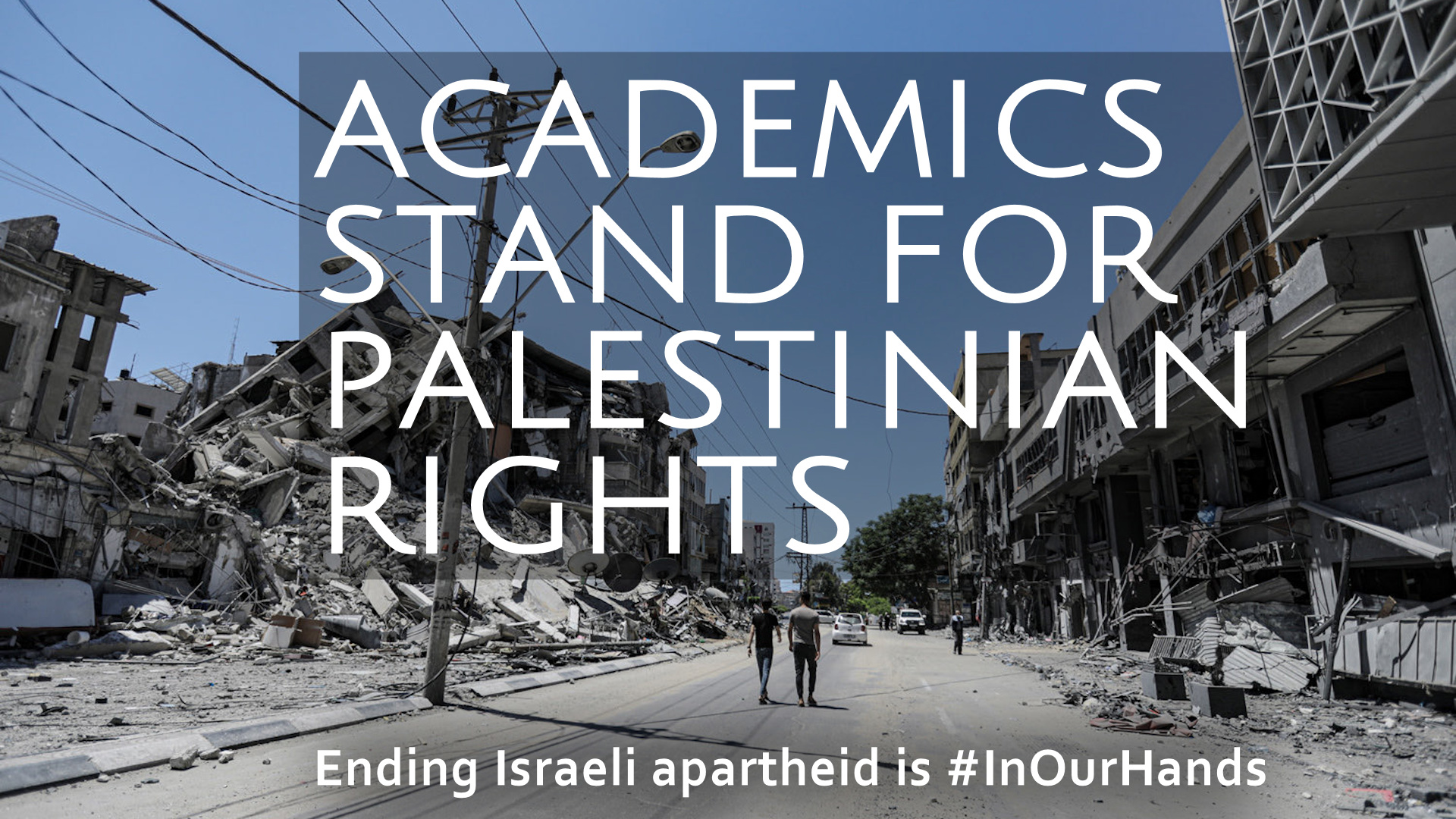 (Update: The tallies of collective and individual endorsements have been updated to reflect the latest count of statements following Israel's escalation of violence in May 2021)

In an unprecedented wave of solidarity, more than 350 academic departments, programs, centers, unions and societies worldwide have endorsed statements in support of Palestinian rights in response to Israel’s violent attacks on Palestinians this month. Similar statements from individual scholars, researchers, university staff, students and alumni have garnered nearly 24,000 signatures.

The statements express solidarity with the Palestinian liberation struggle and condemn Israel’s military assault on besieged Gaza, which killed more than 247 Palestinians, including 66 children, and violent attacks against Palestinians across the occupied West Bank, in particular in Sheikh Jarrah, and within present day Israel. Most of the statements recognize Israel’s settler colonial and apartheid regime as the root cause of the violence.

The signatories of many statements reject the sanitizing language of “conflict” and “clashes” to describe decades of Israeli dispossession of Palestinians. They also reject  the “two-sides” narrative that obscures the inherent power asymmetry between Israel as a major military colonial power and Palestinians resisting its structural colonial violence. The statements also stress the need to center Palestinian scholarship and voices.

The signatories commit to or call for accountability measures to end complicity in Israel’s violations of Palestinian rights, including ending military funding to and arms trade with Israel, university divestment from companies complicit in Israeli apartheid, and in many cases supporting the Palestinian-led Boycott, Divestment and Sanctions (BDS) movement, including the boycott of complicit Israeli academic institutions.

In the United States, 120 Gender Studies departments and programs affirmed that Palestine is a feminist issue and “refuse to normalize or accept the United States’ financial, military, diplomatic and political role in Palestinian dispossession." More than 3000 scholars have called for pressure on academic institutions to end "complicity and partnership with military, academic, and legal institutions involved in entrenching Israel’s policies."

In the Netherlands, more than 40 university departments and programs as well as museums and cultural centers affirmed their “responsibility to speak out” against Israel’s human rights violations and called for “collective action” in solidarity with the Palestinian struggle. Nearly 600 academics in the Netherlands pledged to support the boycott of complicit Israeli universities.

In Belgium, 24 academic departments, research groups, unions, student organizations and 1,300 faculty and staff members at Ghent University recommended support for the boycott of and sanctions against Israel as a “concrete option” to express solidarity with Palestinians.

In the United Kingdom, 1600 faculty members, staff, students and alumni urged the University of Cambridge to “sever formal links and partnerships” with corporations and institutions perpetuating Israel’s injustices against Palestinians. The University and College Union called on the UK government to “work to uphold the Palestinian people's inalienable rights.”

The American Anthropological Association (AAA) issued a statement recognizing that decades of “anthropological literature has empirically demonstrated the many forms of structural and everyday violence imposed by the Israeli government on the Palestinian population” and called on the US government to take a stand.

More than 130 anthropologists in Australia called for an end to “Australian collusion” in the “murderous” arms trade with Israel. 500 academics across Australia urged the government to suspend military cooperation and trade and re-evaluate trade agreements with Israel. National Tertiary Education Union branches at the University of Sydney and the University of New South Wales passed motions by overwhelming majorities calling members’ attention to the boycott of complicit Israeli academic institutions.

More than 2,800 healthcare workers, scholars, researchers, and students in Canada denounced Israel’s “destruction of medical facilities” and killing of Palestinian physicians and healthcare workers in Gaza and called on Canada to “end its military support to Israel.”

In South Africa, more than 600 health professionals, academics and students denounced Israel’s medical apartheid against Palestinians and endorsed “the call for the boycott, divestment and sanctions on Israel,” urging South African academic institutions to “cut all ties with apartheid Israel.”

The Irish Centre for Human Rights at the National University of Ireland, Galway, called for sanctions on Israel and the Irish Network for Middle Eastern and North African Studies (INMENAS) pledged to “refuse any collaboration with Ariel University,” an Israeli university located in an illegal Israeli settlement.

The Palestinian Campaign for the Academic and Cultural Boycott of Israel (PACBI) calls for a boycott of complicit Israeli academic institutions due to the key role they play in planning, implementing, whitewashing and justifying Israel’s military occupation and apartheid policies and their uniquely close relationship with the Israeli security-military establishment and Israel’s arms producers.