Palestinian student unions condemn the resolution attacking the right to boycott passed in June at the "German-Israeli Student Conference" in Frankurt, and call on fellow students in Germany to reject this anti-Palestinian and anti-democratic resolution 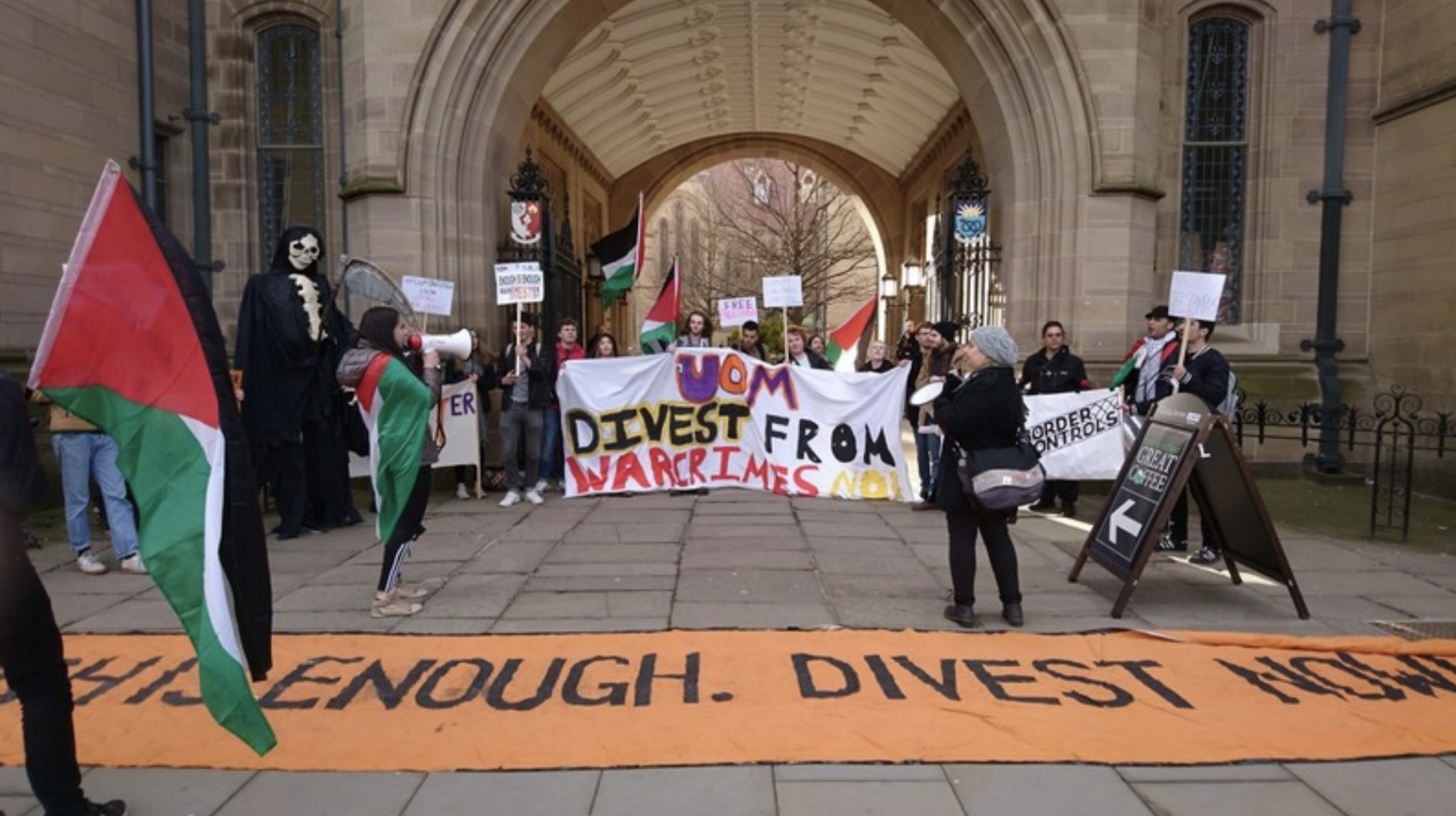 We, the undersigned Palestinian students’ unions condemn the resolution attacking the right to advocate for Palestinian rights through boycotts, passed in June at the "German-Israeli Student Conference" in Frankurt. We call on fellow students in Germany to reject and condemn this anti-Palestinian, anti-democratic resolution.

This resolution, supported by several anti-Palestinian student groups in Germany, undermines the right to freedom of expression and our right as students to stand-up to Israel’s violations of international law and our human rights.

The German parliament passed a similar resolution earlier this summer based on outright lies by equating the nonviolent BDS movement for Palestinian rights with antisemitism.

Palestinian civil society, including student unions, and the Palestine Liberation Organization (PLO), the sole legitimate representative of the Palestinian people, have united in expressing outrage at and condemnation of this repressive Bundestag resolution.

As Palestinian students, we reject antisemitism and all forms of racism. We also affirm our full support for the non-violent, anti-racist BDS movement for Palestinian rights to hold Israel accountable, under international law, for human rights violations. Israel should be treated like all other states committing similar crimes.

BDS calls for peaceful pressure on Israel’s regime of occupation, settler-colonialism and apartheid -- as well as against corporations and institutions that are complicit in its human rights violations -- until it fully complies with its obligations under international law. Specifically, BDS calls for ending Israel’s 1967 occupation, for full equality for its Palestinian citizens, as well as for recognizing the UN-stipulated right of return for Palestinian refugees.

The global BDS movement, led by the largest coalition in Palestinian civil society, is anchored in the Universal Declaration of Human Rights. It rejects all forms of racism and discrimination, including Islamophobia, anti-semitism, sexism, anti-Black racism and homophobia. BDS targets complicity, not identity.

BDS is inspired by the South African anti-apartheid movement and the US civil rights movement.

We want to remind you that more than forty progressive Jewish organizations from around the world have condemned the fraudulent conflation between hostility to or prejudice against Jews on the one hand and legitimate critiques of Israel's policies and system of injustice on the other. “This conflation,” they explained, “undermines both the Palestinian struggle for freedom, justice and equality and the global struggle against antisemitism. It also serves to shield Israel from being held accountable to universal standards of human rights and international law.”

Earlier this month 240 Jewish and Israeli scholars published a call to the German Government asking it not to equate BDS with antisemitism.

We hope that German student unions will stand on the right side of history and refuse to add your name to a repressive attempt to shield Israel’s system occupation and apartheid from accountability and to underminine the Palestinian people's peaceful resistance to this system of oppression and our pursuit of freedom, justice and equality.