Skip to main content
In the News
This article is reposted from
Palestinian Performing Arts Network
, click here to read the original article.

Palestinian theatre companies and cultural organizations urge the society to "respect the essence of Bertolt Brecht’s thoughts" and not undermine the Palestinian struggle towards freedom, justice and equality. 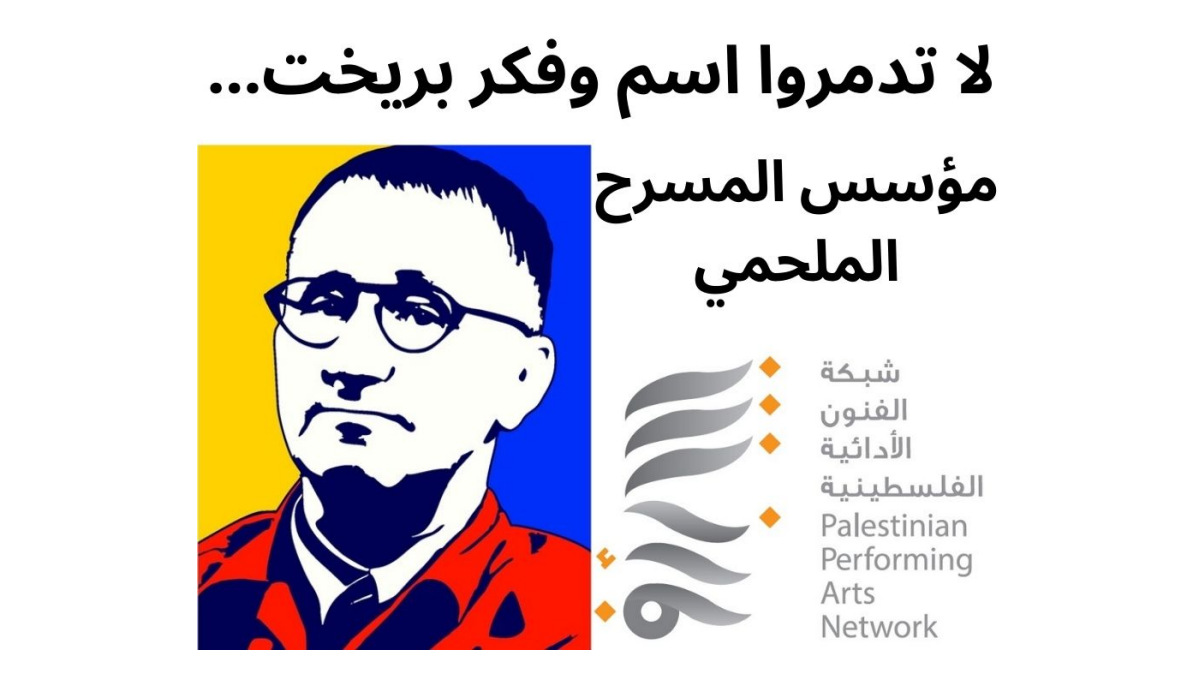 We, the Palestinian cultural organizations working under Israeli military occupation, urge you to move your 17th Symposium, scheduled between 11 and 15 December 2022, away from Apartheid Israel and its complicit academic institutions. We call on you to respect the essence of Bertolt Brecht’s thoughts and not to undermine our struggle towards freedom, justice and equality.

How can you with a clear conscience organize your 17th Symposium, titled “Racism, political oppression and dictatorship,” in a state that has subjected millions of Palestinians to a regime of settler-colonialism and apartheid for decades? Do you not recognize ethnic cleansing, siege, land and resource theft, ongoing massacres as some of the symptoms of Israel’s system of oppression?

Indigenous Palestinians have been telling the world for many years that Israel is perpetrating the crime against humanity of apartheid, and now leading international human rights organizations such as Amnesty International and Human Rights Watch are saying the same. Amnesty International says that Israel treats all Palestinians as an “inferior racial group.” Don’t you see how your conference would whitewash all this oppression?

Regardless of intentions, holding your conference at Tel Aviv University and in collaboration with Haifa University and the Hebrew University among many other deeply complicit Israeli institutions, is a grave distortion of Brecht’s principles. His work has always been associated with cultural struggle as a tool of resistance in times of war and peace, and as a tool to build national identity and the local narrative especially in his approach of building the epic theater model.

Brechtians must seek to educate through Brecht’s approach in theater. Brecht thought of the stage as a space to protest against and reject oppression, all oppression. He realized that those acts required a conscious and vigilant basis, as well as the realization of the surroundings, understanding the reality, criticizing it, rejecting it and evaluating revolutions, in order to aspire towards effective change. Therefore, the role of the actor is a job that requires studying, reading and conducting research. The actor is an active revolutionary, and an element of the upcoming change. Holding your Symposium under the sponsorship of a regime that contradicts all of this would be an affront to Brecht’s memory.

We urge you to follow the example of hundreds of university departments, societies, and unions in addition to tens of thousands of scholars, academics and researchers from around the world who are expressing their solidarity of the struggle of the Palestinian people and, in increasing numbers, pledging to respect the Palestinian call for the academic and cultural boycott of apartheid Israel and its complicit institutions.

We first and foremost call on international organizations and institutions to respect the peaceful Palestinian picket line. We further call on international organizations not to aid or participate in any attempts by those crossing the picket line to organize “balancing” gestures. In this specific case, we call on Goethe Institute to stop its whitewashing efforts to organize meetings between Palestinians and international scholars who have decided to ignore the Palestinian boycott call and to participate in this conference in apartheid Israel.

We urge the International Brecht Society to stand on the side of justice. In the event you decide to go ahead with plans to hold your event under the sponsorship Israel’s regime of settler-colonialism and apartheid, we declare our refusal to meet with any of the event’s participants as we refuse to offer you a fig leaf or to contribute to the false perception of symmetry between the colonial oppressor and the colonized. 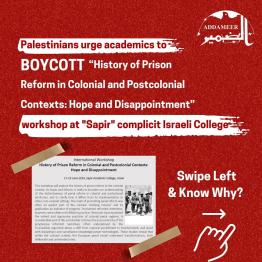