Palestinian dance and performing arts companies write to dance festivals in Bologna, Ravenna and Potenza, Italy, urging them to refuse funding from the Israeli government, which seeks to use culture to artwash and cover up decades of apartheid, military occupation, and oppression of millions of Palestinians. 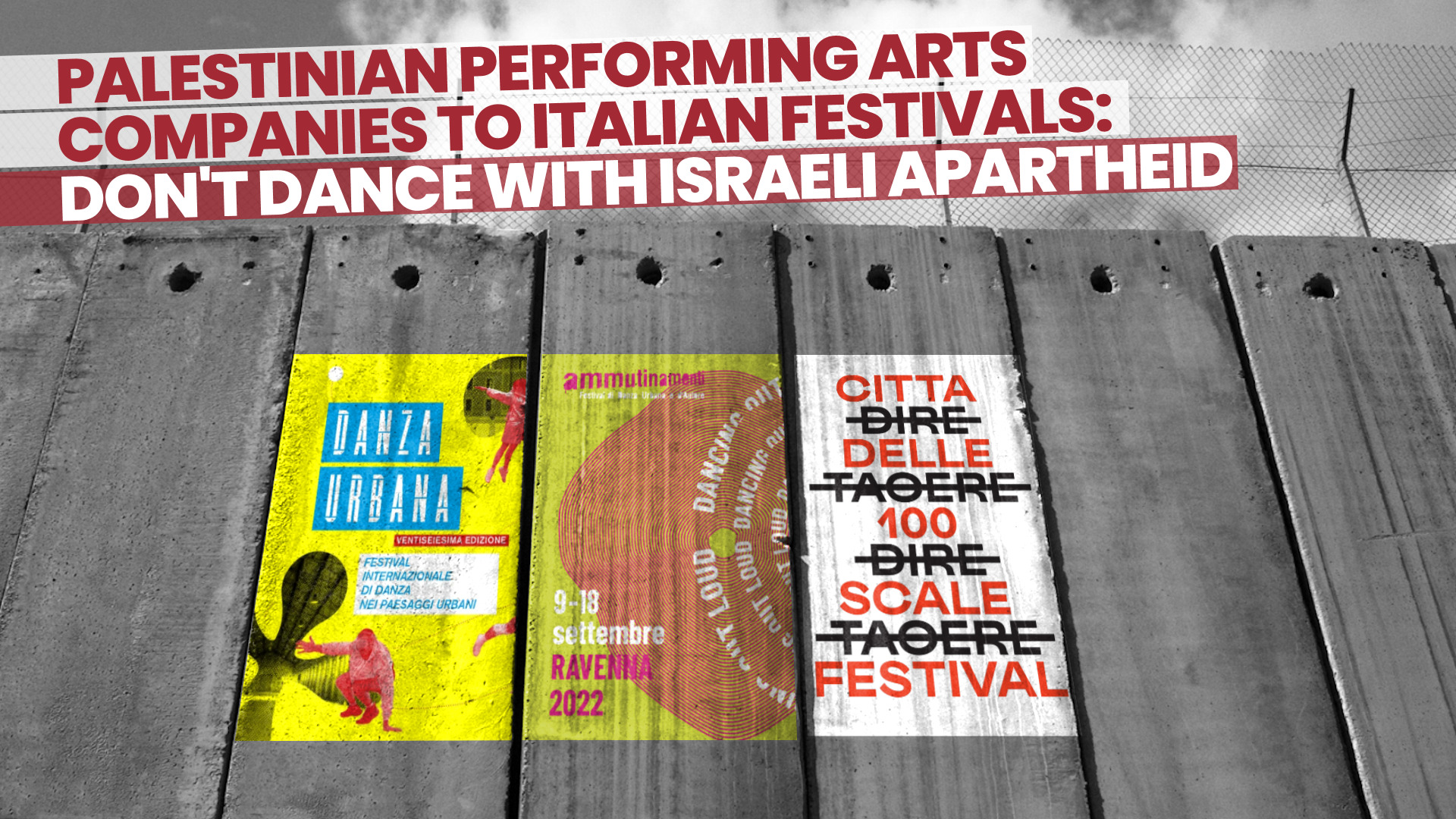 We write to you as Palestinian dance, arts and cultural organizations to urge you to reject funding from apartheid Israel for Danza Urbano, Ammutinamenti and Città delle 100 Scale.

We have shown over and over how the Israeli government seeks to use culture to artwash and cover up decades of apartheid, military occupation, and oppression of millions of Palestinians. This includes violent attacks on Palestinian culture and Palestinian artists.

These are only some of apartheid Israel’s attempts to erase Palestinian culture over decades.

As Palestinians, and particularly as artists, we can’t remain silent. As creative artists in dance, music, cinema and theater, we contribute to the Palestinian struggle for freedom, justice and equality, and to the preservation of our culture and heritage against ongoing erasure and appropriation.

Together with the vast majority of Palestinian civil society organizations, we call on international artists, cultural institutions, and festivals to join us by taking, at a minimum, one simple morally consistent step: refuse complicity in Israeli apartheid by rejecting Israeli government funding.

We are inspired by literally thousands of artists who stand with us in our struggle, recognizing and respecting what we, as Palestinian civil society, have determined to be the most effective form of solidarity.

In 2009, the Edinburgh International Film Festival returned Israeli government funding following public outcry over accepting it, in particular so soon after Israel’s bombardment of besieged Palestinians in Gaza that year. Prominent British filmmaker Ken Loach said at the time, “I’m sure many film makers will be as horrified as I am to learn that the Edinburgh International Film Festival is accepting money from Israel. The massacres and state terrorism in Gaza make this money unacceptable.”

Since then, Israel has carried out multiple military assaults on Gaza, killing thousands of our Palestinian sisters and brothers, including hundreds of children. We are still mourning those killed from the most recent massacre just weeks ago.

No matter how well-intentioned, there is simply no way to rationalize accepting funding from apartheid Israel and displaying its logo in your festivals’ materials, in particular one cynically marking 74 years of Israeli oppression of Palestinians. Doing so allows Israel’s attacks on Palestinian lives and culture to continue with impunity.

We urge you to reject funding from apartheid Israel.

ASHTAR for Theater Productions and Training

The Popular Theater Society for Performing Arts and Training 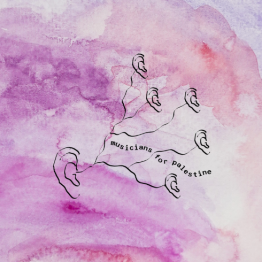