September 15, 2019
/ By
Palestinian BDS National Committee (BNC)
/
Egypt
30 Palestinian civil society organizations call on the Egyptian authorities to immediately and unconditionally release human rights activist Ramy Shaath, and call on all Palestinian, Arab and international organizations to show solidarity with Ramy’s just cause and also call for his release. 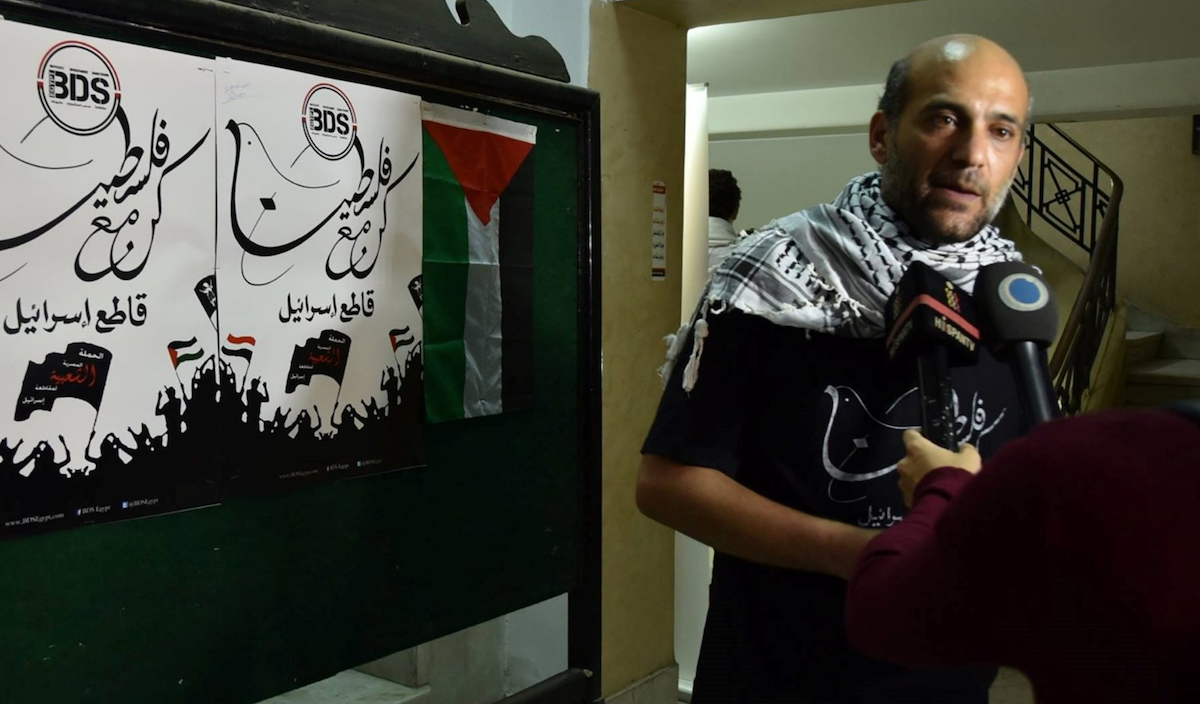 Occupied Palestine, 15 September -- the undersigned Palestinian civil society organizations call on the Egyptian authorities to immediately and unconditionally release human rights activist and co-founder of BDS Egypt, Ramy Shaath. Shaath has been detained in an Egyptian prison since July 5th under miserable conditions for his political views and nonviolent activism.

Ramy Shaath is a political and human rights activist who holds both Palestinian and Egyptian nationalities. Through his political work, he promotes support for the Palestinian struggle in Egypt. He has consistently condemned Israeli violations of Palestinian rights and opposed normalization with Israel’s regime of occupation, settler-colonialism and apartheid.

Prior to his arrest, Ramy participated in several public events and conducted a number of interviews with the media, through which he expressed his strong opposition to Egypt’s participation in the Bahrain Economic Peace Conference last June. The vast popular majority across the Arab world also condemned the conference as a part of the US-Israeli plan, dubbed “Deal of the Century,” to eliminate the Palestinian cause and bury Palestinian rights.

The repression of the Egyptian authorities did not stop at arresting Ramy and illegally and coercively deporting his French wife; the authorities have gone further, repeatedly extending his detention without providing any evidence of the charges against him. In a statement, Amnesty International considered Ramy Shaath to be “a prisoner of conscience, as his detention stems solely from the peaceful exercise of his right to freedom of expression and his right to participate in public affairs,” and called for his immediate release.

At a time when we are counting on our brethren in the Arab world, and at its heart the people of Egypt, to support our daily struggle against the Israeli colonial regime, and insisting on our choice of struggling against the enemy of our nation and rejecting any normalization with it, it is our right to ask about the remaining options for Palestinians today. Palestinian refugees, who are denied their right to return to their land, are also denied their basic and civil rights. Palestinians in the Gaza Strip have endured 12 years of siege in the largest open-air prison known to mankind, amidst official Arab silence. And now Palestinian Arabs are being tried for their nonviolent activism to advocate for their just cause, which we believe is the central cause of the entire Arab nation.

We repeat our call on the Egyptian authorities to immediately and unconditionally release the human rights activist Ramy Shaath, and we call on all Palestinian, Arab and international organizations to show solidarity with Ramy’s just cause and also call for his release.