Skip to main content
In the News
This article is reposted from
European Coordination of Committees and Associations for Palestine (ECCP)
, click here to read the original article.

November 22, 2017
/ By
European Coordination of Committees and Associations for Palestine (ECCP)
/

Organizations from over 20 countries, joined by Noam Chomsky, jurists John Dugard and Richard Falk, and members of European Parliament call, on Giro d'Italia to relocate the race from Israel. 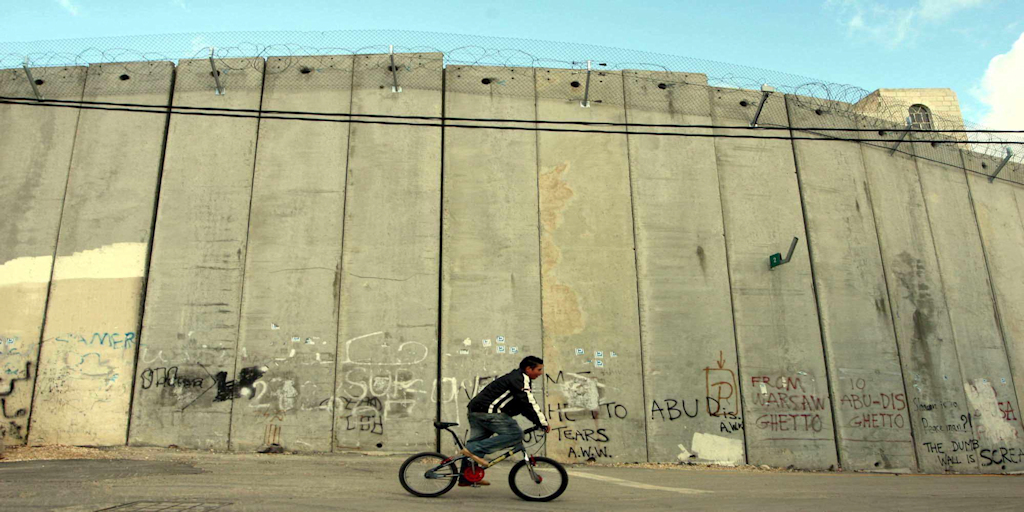 The call was issued ahead of the official race presentation set for November 29 in Milan, which coincides with the UN International Day of Solidarity with the Palestinian People.

The signatories stress that holding the Giro d’Italia in Israel will both cover up Israel’s military occupation and discrimination against Palestinians and increase Israel’s sense of impunity, encouraging continued denial of Palestinians’ UN-stipulated rights.

Giro d’Italia is working with Israeli company Comtec Group, the organizer the “Big Start” event, which has activities in illegal Israeli settlements. In official race imagery, maps and videos, Giro d’Italia is deceptively portraying East Jerusalem, which has been under Israeli military occupation for fifty years, as if it were part of Israel and the unified capital of the State of Israel.

The final stage planned for southern Israel will pass by dozens of Palestinian Bedouin villages Israel refuses to recognize or provide with “the most basic of services, including electricity, water, clinics, schools and roads,” one of which Israel has demolished over 100 times.

The statement’s endorsers also condemn Giro d’Italia plans to “celebrate” 70 years since the establishment of the State of Israel as Palestinians commemorate 70 years of dispossession, forcible displacement and denial of the rights of Palestinian refugees as set forth in UN resolutions.

Just days before the Giro d’Italia is to take place, the Israeli national cycling team, which is vying for one of four wildcard slots to compete in the Giro d’Italia, will participate in a race through occupied East Jerusalem to the illegal settlement of Pisgat Ze’ev. The Israel Cycling Federation sponsors and holds national league competitive races in areas under Israeli military occupation.

The call urges race owner RCS MediaGroup “to move the start of the race to another country to ensure no involvement in Israeli violations of international law and Palestinian human rights.”

The signatories also reminds RCS, participating teams and sponsors of “the legal consequences and reputational damage stemming from collaborating with Israeli institutions and companies involved in violations of human rights and international law.”

While RCS claims the race has nothing to do with politics, the race start in Israel has been described by journalists and sportswriters as a “masterstroke of ‘soft diplomacy,’” a “public relations coup” and “valuable image-polishing” in exchange for millions of euros in Israeli official sponsorship.

Palestinian civil society groups also wrote to Pope Francis urging him to reject the invitation from Israeli Prime Minister Benjamin Netanyahu to launch the race in Israel next year and not to “lend [his] name in any way to the 2018 Giro d’Italia cycling race because of its unfortunate insistence on whitewashing Israel’s military occupation and grave human rights violations.”

Thousands of human rights supporters and cycling enthusiasts have written to RCS urging it to move the start from Israel.

Cities across Italy will hold demonstrations on two wheels November 25-26, in protest of the use of a sport closely associated with freedom to mask Israel’s brutal military occupation and apartheid regime.

* UN General Assembly resolution 181 (1947) established Jerusalem as a corpus separatum under a special international regime and has repeatedly maintained that « any actions taken by Israel, the occupying Power, to impose its laws, jurisdiction and administration on the Holy City of Jerusalem are illegal.” In 1967, Israel occupied East Jerusalem, unilaterally annexing it as part of its united capital. No country in the world recognizes any part of Jerusalem as Israel’s capital.

* May 2018 will mark the 70th anniversary of the Nakba (“catastrophe”), when approximately 800,000 indigenous Palestinians were forcibly removed from their homeland.

* The Giro d’Italia is a World Tour event of the Union Cycliste Internationale (UCI), the world governing body for the sport of cycling. Israel’s cycling federation and national team are both UCI members.