February 22, 2022
/ By
Palestinian Campaign for the Academic and Cultural Boycott of Israel (PACBI)
/

The scholars from 14 countries refuse to participate in academic exchanges, collaborate with or receive funding from complicit Israeli institutions in a stand for Palestinian rights. 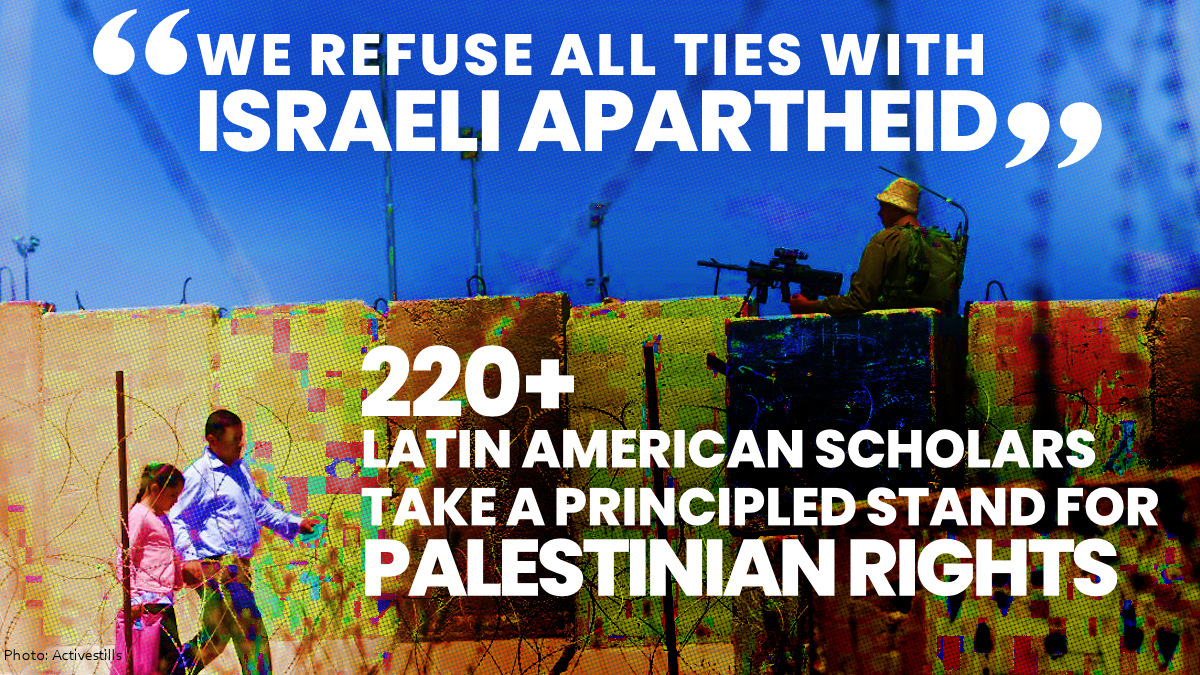 The Palestinian Campaign for the Academic and Cultural Boycott of Israel (PACBI) warmly welcomes the statement signed by more than 220 scholars from 14 Latin American countries pledging to reject ties with institutions complicit in Israeli apartheid.

The signatories commit to refuse participation in academic exchanges or collaborations with, and to decline funding from, complicit Israeli institutions or the State of Israel.

The scholars further call on Latin American universities to suspend cooperation with Israeli institutions complicit in Israel’s regime of military occupation and apartheid, until Israel respects the UN-stipulated political and human rights of the Palestinian people.

Earlier this month, Amnesty International issued a detailed report finding Israel guilty of the crime against humanity of apartheid.

Amnesty’s report, which follows similar reports last year by Human Rights Watch and prominent Israeli human rights organization B’Tselem, concludes that institutions should refrain from or cease activities that “contribute to maintaining the system of apartheid.”

The pledge from Latin American scholars forms part of the unprecedented wave of effective solidarity measures from academics and academic departments around the world, prompted by Israel’s ongoing violent escalation of its brutal policies dispossessing Indigenous Palestinians.

Recalling the bright history of the struggle against South African apartheid, thousands of progressive academics today are refusing to stand idly by as their institutions collaborate with Israeli apartheid. They are calling for accountability measures to end complicity in Israel’s violations of Palestinian rights, and to help dismantle its apartheid regime.

University professors or researchers in Latin America can add their signature to the statement.

We urge scholars around the world to organize similar pledges, including by university departments and organized by discipline, and to work collectively to rid their institutions of complicity in Israel’s violations of Palestinian rights.