Join the 10,000 people who have pledged to boycott AXA

Last November over 10,000 people and 250+ organisations, trade unions and businesses pledged to boycott AXA. Join them! 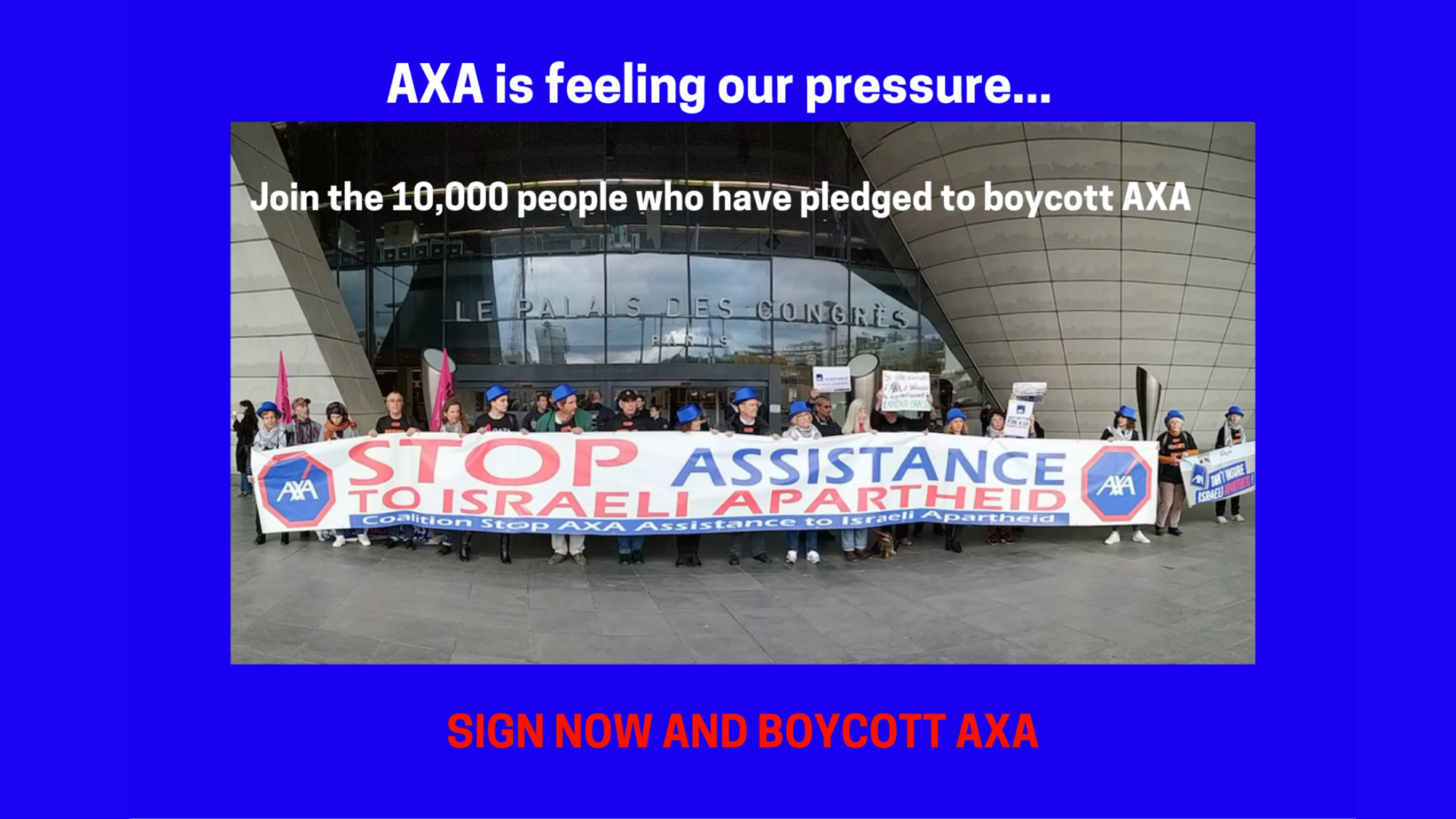 Prominent US scholar and activist Noam Chomsky was amongst the individual signatories.

Additionally, tens of  individuals and organizations have canceled their AXA insurance policies, including the Belgian NGOs Viva Salud, ManiFiesta and Intal Globalize Solidarity.

Groups that are members of the coalition Stop Axa Assistance to Israeli Apartheid sent a letter with all of these signatories to AXA’s CEO Thomas Buberl and the AXA CEO in their respective country, but AXA has failed to respond.

Even though AXA pretends to ignore us, we know our campaign is working and AXA is feeling our pressure. We need more signatures to escalate the pressure!

Since we started our campaign AXA has divested from Elbit Systems and has vastly reduced its shares in Equitable Holdings (before named AXA Equitable Holdings). But it is still invested in Israeli banks that are complicit in Israel’s occupation and apartheid.

If you haven’t yet signed the pledge to boycott AXA, please fill out the form below. If you have, encourage other individuals and organisations to sign.

We count on you to get AXA to divest from Israeli apartheid!