Skip to main content
In the News
This article is reposted from
BDS Initiative Oldenburg
, click here to read the original article.

A German court confirms that advocating for BDS and Palestinian rights constitutes freedom of expression and assembly, rights that are protected by the German constitution and are essential for democracy. The court ruled that the German city of Oldenburg unlawfully violated these fundamental rights when it revoked a permit for an event space, forcing a Palestinian solidarity group to cancel its public lecture on Palestinian rights. The court's ruling is "an important step toward a more informed and democratic public discussion in Germany when Israel and the Palestinian people are concerned." 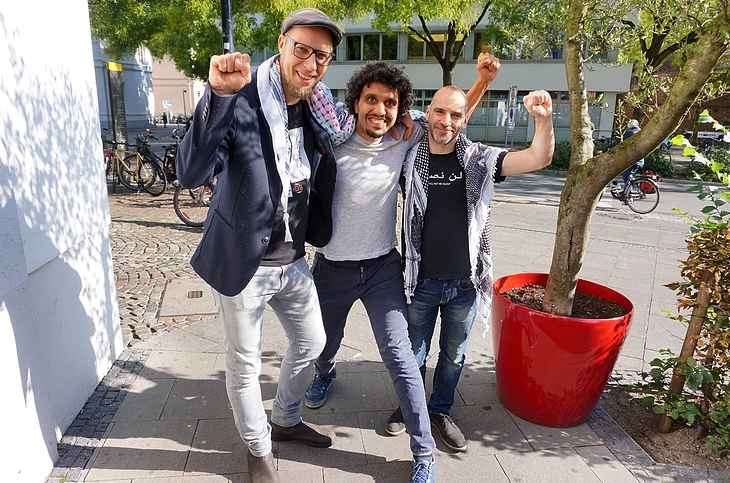 In May 2016, the German city of Oldenburg prevented a public lecture titled "BDS: A Palestinian Human Rights Campaign" from taking place by withdrawing its permission for event organizers to use the scheduled event space. On September 27, 2018, the Adminisrative Court-Oldenburg ruled that the city’s cancellation of the contract with the group BDS Initiative-Oldenburg had been unlawful.

BDS Initiative Oldenburg considers this decision of the Administrative Court of Oldenburg to be an important step toward a more informed and democratic public discussion in Germany when Israel and the Palestinian people are concerned.

For all those who have been supporting Israel’s policies of apartheid, military violence and colonization of Palestinian land by slandering and suppressing all debate about Israel’s flagrant violations of international humanitarian law and human rights in German cities, countries and at the federal level, Oldenburg’s court clarifies the following:

The public debate we had planned about Palestinian civil society’s global campaign of Boycotts, Divestment and Sanctions (BDS) against the state of Israel until it ends all oppression of the Palestinian people falls under the fundamental rights to freedom of expression and assembly which are protected by the German constitution and are essential for democracy. It was, therefore, not permissible to prevent this debate because of its content, i.e. BDS.

For this reason, the Court concludes that the City of Oldenburg severely violated our rights to freedom of assembly and expression when it decided to withdraw the previously granted permission for the use its event-center, simply because third parties, including the local group of the Germany-Israel Society, smeared our event, claiming that BDS was motivated by racial hatred and would trigger violence (see page 11-14 of the decsion).

Finally, the Court explains that our rights were violated because the City committed administrative mistakes. With regard to future requests of BDS-Oldenburg for halls in the City’s event center, the Court emphasizes that the City is to issue its decision based on due respect and consideration of: i) the fundamental rights to freedom assembly and expression; ii) the principle of equal treatment, and, iii) the applicant‘s right to a hearing.

The BNC, the broadest coalition of Palestinian civil society, welcomes this decision. We welcome in particular the Court’s conclusion that public information and promotion of our BDS movement falls under the fundamental rights to freedom of expression and assembly and must, therefore, be respected and protected by German authorities. With this conclusion, the Administrative Court-Oldenburg has come to share the legal opinion of the European Union, the governments of Ireland, Sweden and the Netherlands, as well as renowned European legal scholars and international human rights organizations, such as Amnesty International, FIDH, Human Rights Watch and Pax Christi International.

In Palestine, we hope that this Court decision, together with the courageous fight of many German citizens for their right to support and broaden our BDS movement, will soon put an end also in Germany to the inhumane denial of the existance and rights of the Palestinian people for the benefit of Israel’s apartheid regime. We expect German media to inform and elected political representatives and political parties to adopt positions on Israel/Palestine based on the multitude of reports and UN resolutions that document Israel’s violations of international law and human rights. We also expect German cities and communties to follow the example of other European cities and take active measures for the realization of our rights to freedom from Israel’s occupation, full equality, and return of the refugees.