March 17, 2020
/ By
Palestinian Campaign for the Academic and Cultural Boycott of Israel
/
USA

Since 2004, Palestinian civil society has called for the cultural boycott of Israel, inspired in part by the international solidarity that helped to end apartheid in South Africa. 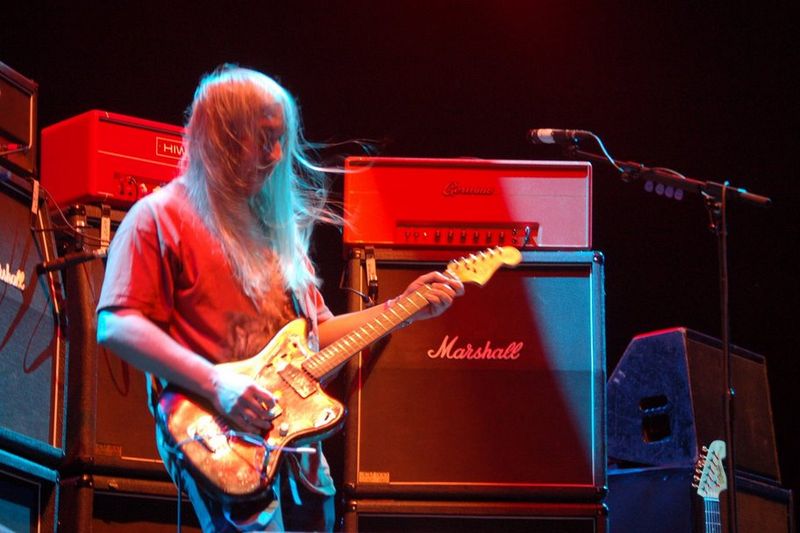 The Palestinian Campaign for the Academic and Cultural Boycott of Israel (PACBI) urges Dinosaur Jr. to cancel their scheduled 17th June concert in apartheid Tel Aviv.

Since 2004, Palestinian civil society has called for the cultural boycott of Israel, inspired in part by the international solidarity that helped to end apartheid in South Africa. Thousands of artists have publicly endorsed the call, despite the intensive efforts of various pro-Israel lobby groups. Many thousands more simply refuse offers from Israeli promoters without publicity.

Israeli snipers have intentionally shot and killed children, journalists, medics and disabled people in the besieged Gaza Strip during the peaceful Great March of Return protests, atrocities that UN investigators concluded “may constitute war crimes or crimes against humanity”.

Israel’s far-right regime has given constitutional status to its long-standing apartheid system against the Palestinian people, with the “nation state law” formalising in Israel’s quasi-constitutional laws that only Jews have the right to self-determination in this land.

Emboldened by unprecedented levels of political support from the xenophobic Trump administration, the leaders of both major Israeli political parties had promised to annex the illegally occupied Palestinian West Bank, even before Trump’s recent “deal of the century” apartheid plan that pledged US support for this flagrant violation of international law.

South African president Cyril Ramaphosa compared Trump’s so-called peace plan to the Bantustans that Black South Africans were subjected to. He said: “It brought to mind the chronicled history that we as South Africans went through. The apartheid regime once imposed the Bantustan system on the people of South Africa without consulting them and with all the oppressive elements which that plan had.”

Former speaker of the South African parliament Baleka Mbete has said that “apartheid in South Africa was a picnic compared to what we have seen in the occupied [Palestinian] territories”. Even Israel’s former Ambassador to South Africa, Alon Liel, calls Trump’s plan “an imitation of “the Bantustan model... making permanent the domination of one ethnic or religious group over another” and legitimizing “a new 21st-century model of apartheid.”

Because of its worsening image, including among young Jewish Americans, Israel has increasingly resorted to weaponising culture to whitewash its crimes against Palestinians. As one ranking Israeli foreign ministry official admitted, “We see culture as a hasbara [propaganda] tool of the first rank, and I do not differentiate between hasbara and culture”.

"My personal take on friends and acquaintances who are paid to proffer their music and art to Israel with a blind-eye to the non-violent boycott and protest proposed by the BDS (Boycott, Divestment, Sanctions) movement, is that these artists are all grown-ups who can make their own decisions from their own conscientious intelligence. I feel I can only, and simply, ask them to comply with our peace-based challenge to Israeli apartheid/settler-colonialism and to consider the difficult decision of refusing the money.

I have received offers whilst the boycott has been in effect - it's alluring as it can fund your entire tour! - but have reneged. The violence perpetrated against the Palestinian community is entirely out of balance with any history of the Israel/Palestine conflict and is glaringly designed as racial genocide.

The power is in your heart, mind and soul to stand up against the Israel state-sanctioned violence of extremist, racist, sexist nationalism. We, who support this movement, are not interested in "bullying" anyone to not accept opportunities of work, or is it a suggestion towards the beauty that is the citizenry of Israel, it is just asking, by any PEACE-ful means necessary, to aid the oppressed from the oppressor.”

- PACBI is a founding member of the Boycott, Divestment and Sanctions (BDS) National Committee, the largest coalition in Palestinian society that leads the global BDS movement for Palestinian rights.

Dinosaur Jr
March 17, 2020
/ By
Palestinian Campaign for the Academic and Cultural Boycott of Israel
/
USA