Skip to main content
In the News
This article is reposted from
Palestine Solidarity Campaign
, click here to read the original article. 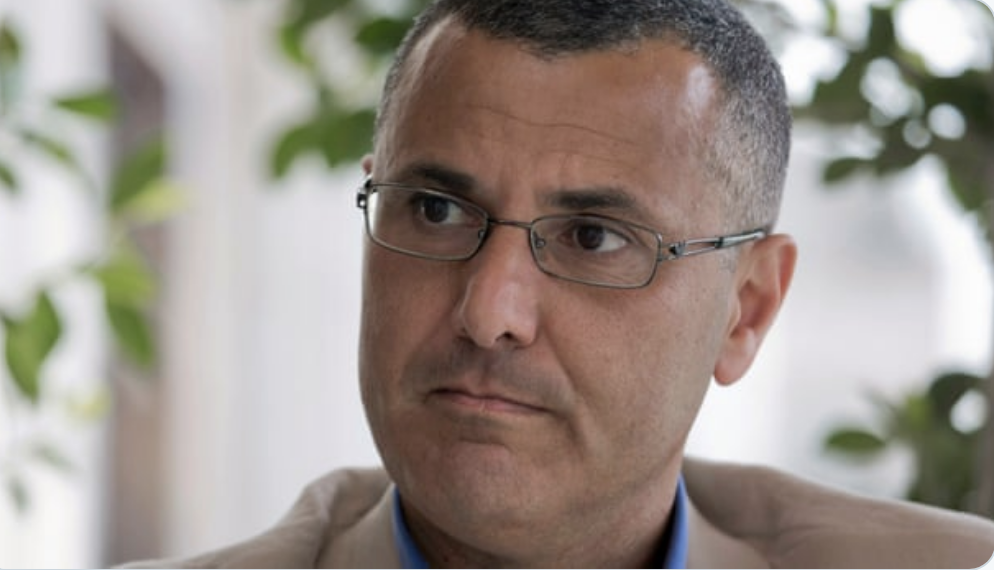 Amidst an escalating crackdown by Israel and its allies on Palestinian rights, both on the ground and globally, the British government has not granted a visa to Omar Barghouti – Palestinian human rights defender and co-founder of the global Boycott, Divestment and Sanctions (BDS) movement – in time to allow him to speak at the Labour Party Conference fringe this Sunday.

This step by the British government occurred as Israel’s elections strongly indicate that the next government will only perpetrate more crimes against the indigenous Palestinians, from land seizure, to massacre in Gaza, to entrenching apartheid, colonisation and gradual ethnic cleansing.

Yesterday a Palestinian woman was shot by the Israeli military at a checkpoint, between the occupied West Bank and occupied East Jerusalem, and died because she was not allowed medical care. Since March 2018, Israel’s occupation forces have committed war crimes and possible crimes against humanity by killing over 200 Palestinians protesting for an end to Israel’s 13-year siege of the Gaza Strip.

Omar Barghouti was scheduled to speak on nonviolent, ethically-consistent strategies to counter Israel’s regime of oppression and to end international complicity with it, emphasizing the need to defend freedom of expression against desperate attempts by Israel and its anti-Palestinian allies to suppress it.

Due to an unexplained, abnormal delay in issuing his visa by the UK government, Barghouti will speak by video at the event hosted by Palestine Solidarity Campaign entitled “Palestine in the age of Trump” alongside Shadow Home Secretary Diane Abbott, Unite General Secretary Len McCluskey and Labour MP Lisa Nandy among others. He will also speak by video at grassroots political fringe festival The World Transformed on the topic of “Criminalising Solidarity.” Other Palestinians will also be speaking at the conference.

The unprecedented delay in processing Barghouti’s travel visa application by the British Government is part and parcel of the growing efforts by Israel and its allies to suppress Palestinian voices and the movements for Palestinian rights. This desperate repression coincides with rapid growth in support for the Palestinian-led, anti-racist BDS movement and its goals in the UK and globally.

Just last week the Trades Union Congress (TUC), representing 48 unions and six million working people, voted for ending arms trade with Israel that violates Palestinian rights, to pressure corporations to end complicity in violations of Palestinian rights, and to continue close partnership working with the Palestine Solidarity Campaign. Labour leader Jeremy Corbyn has called for a freeze in UK arms sales to Israel. Unite the Union, voted in June to boycott HP companies over their complicity in Israel’s violations of Palestinian human rights.

They fear our shining a light of truth that reveals their lies. They dread our tireless quest for freedom, justice, and equality. They loathe our insistence on nothing less than an existence with dignity and ‘the full menu of rights,’ to borrow from South African leader Archbishop Desmond Tutu. We shall continue to fight their McCarthyism and repression and persist in pursuit of our UN-stipulated rights, including self-determination and the return of our ethnically cleansed refugees.

The solidarity movement is  growing in strength globally and in the UK which is resulting in widespread attempts to silence Palestinian voices and suppress activism in support of Palestinian rights. This abnormal delay in processing Omar Barghouti’s visa application comes in the context of statements by UK government ministers expressing their intention to suppress UK support for the Palestinian-led BDS movement. Omar’s voice will be heard at the Labour Conference and all of those committed to supporting universal principles of freedom, justice and equality will continue to stand strong in solidarity with the Palestinian people.

The National Education Union invited Omar Barghouti to the Labour Party Conference fringe at a crucial time when global solidarity with the Palestinian people is needed more than ever. We cannot see any valid reason why his visa application would be delayed and we call on the UK government to uphold its responsibilities to freedom of movement and expression.

A spokesperson from The World Transformed, said:

Omar Barghouti is an internationally renowned human rights defender working to amplify the voice of the Palestinian people struggling for their internationally recognised rights. We were excited to welcome him to The World Transformed festival to share his perspective and experience of the criminalisation of solidarity, a problem which this incident further highlights. We are deeply concerned that he has been prevented from attending, but have facilitated a video call to ensure TWT’s audience can hear his important message.