September 15, 2021
/ By
Palestinian Campaign for the Academic and Cultural Boycott of Israel (PACBI)
/

Palestinians urge triathletes to boycott the IRONMAN 70.3 triathlon competition in apartheid Israel in the spirit of “fair play, equality, and sportsmanship” that IRONMAN claims to promote. 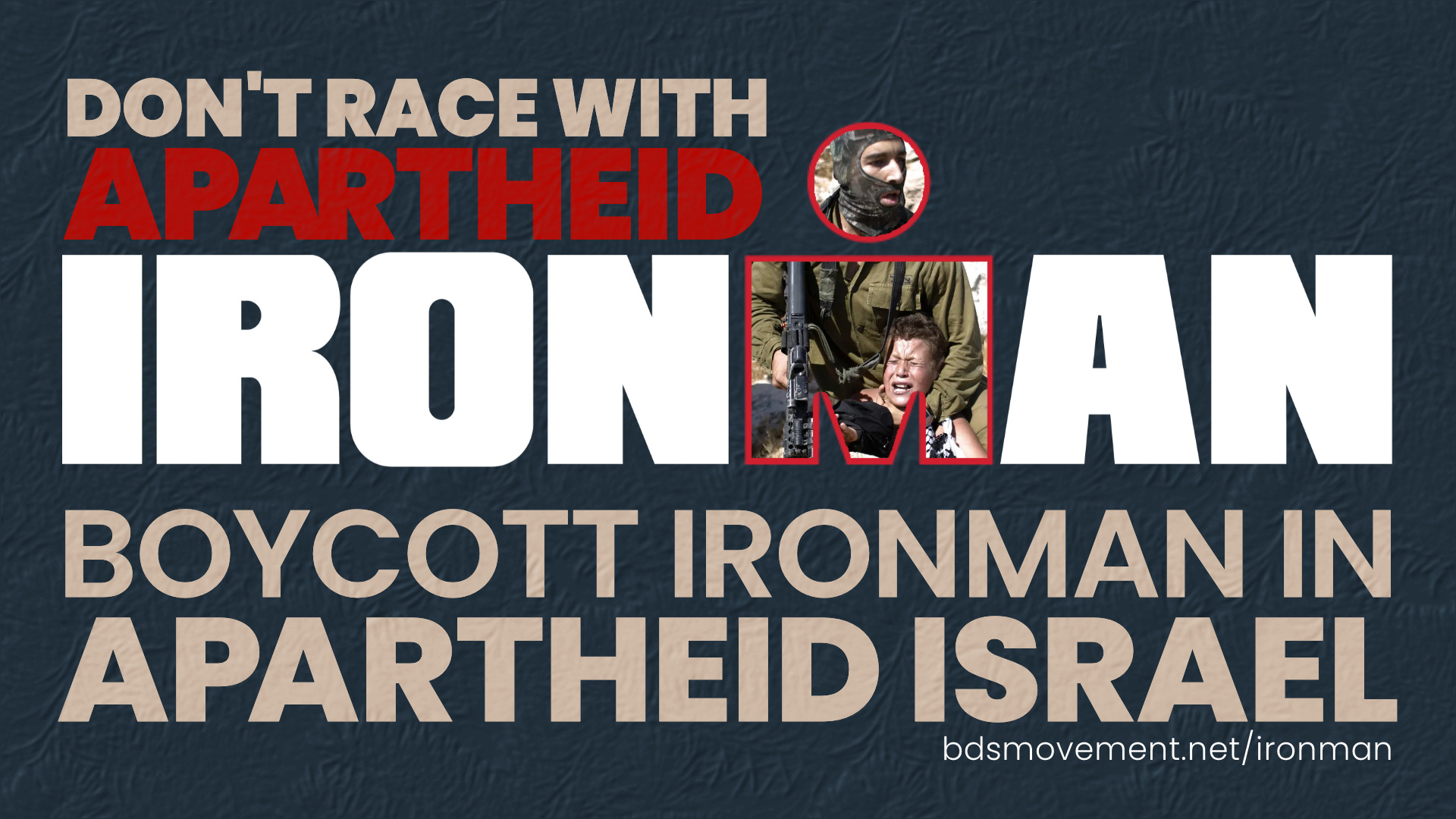 The Palestinian Campaign for the Academic and Cultural Boycott of Israel (PACBI) calls on triathletes to boycott the planned IRONMAN 70.3 triathlon competition in apartheid Israel, scheduled for November 12, 2021.

We urge triathletes to boycott the race in the spirit of “fair play, equality, and sportsmanship” that IRONMAN claims to promote.

Holding the race in Israel, with Israeli government sponsorship, will put the competition in the service of Israel’s apartheid regime oppressing millions of Palestinians. Imagine having held IRONMAN in South Africa under the apartheid regime and sponsored by the regime!

Just this past May, Israel carried out military assaults on besieged Gaza, killing more than 247 Palestinians, including 66 children. Among them was Muath Nabil Al-Zaanin, a player for the Beit Hanoun Football Club. Israel ended the careers of dozens of Palestinian athletes in 2018 alone.

In the Galilee, where IRONMAN is set to take place, as in other areas under Israeli control, it is official Israeli government policy to “maximize Jewish Israeli control over land” by forcing Palestinians into “dense, under-served enclaves and restrict[ing] their access to land and housing,” as documented by Human Rights Watch (HRW) in a report earlier this year. That same report found Israel guilty of the crime of apartheid. Israel’s largest human rights organization B’Tselem has reached the same conclusion in its own report titled, “A regime of Jewish supremacy from the Jordan River to the Mediterranean Sea: This is apartheid.”

In addition, the IRONMAN cycling route goes through the Israeli occupied Syrian Golan Heights, in direct violation of international law.

Meanwhile, Israel regularly restricts Palestinians’ right to freedom of movement, including that of athletes traveling within our own land or abroad to train or compete.

Runners participating in the Palestine Marathon are forced to run the race in laps because it is impossible to find a single 42 KM route free of Israeli walls, checkpoints, and roadblocks. Palestinian cyclists face violent attacks and even arrest by armed Israeli soldiers and by illegal Israeli settlers while riding on our own land.

Holding IRONMAN in Israel, especially with Israeli government sponsorship, guarantees it will be used to sports-wash Israel’s regime of military occupation and apartheid oppressing Palestinians.

An increasing number of professional athletes are saying no to Israel’s sports-washing and standing up for Palestinians rights.

If IRONMAN’s aim is truly to promote “fair play, equality, and sportsmanship,” then it cannot take place in apartheid Israel.

We urge triathletes who believe in the values of sport and who do not wish to aid Israel’s regime of oppression in its violations of international law and Palestinian human rights to boycott IRONMAN in apartheid Israel. We further urge triathletes to call on the World Triathlon Corporation and IRONMAN to refrain from organizing races in Israel until Palestinians are guaranteed our UN-sanctioned rights. 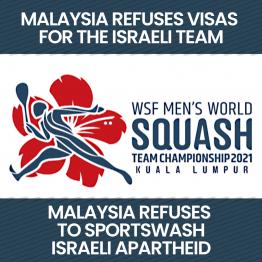