​The U.S. Administration is Israel’s Partner in Crime

In light of the U.S. government’s ongoing funding of Israel’s regime of military occupation, settler-colonialism and apartheid and shielding it from accountability, Palestinian civil society condemns the U.S. Secretary of State’s visit to occupied Ramallah. 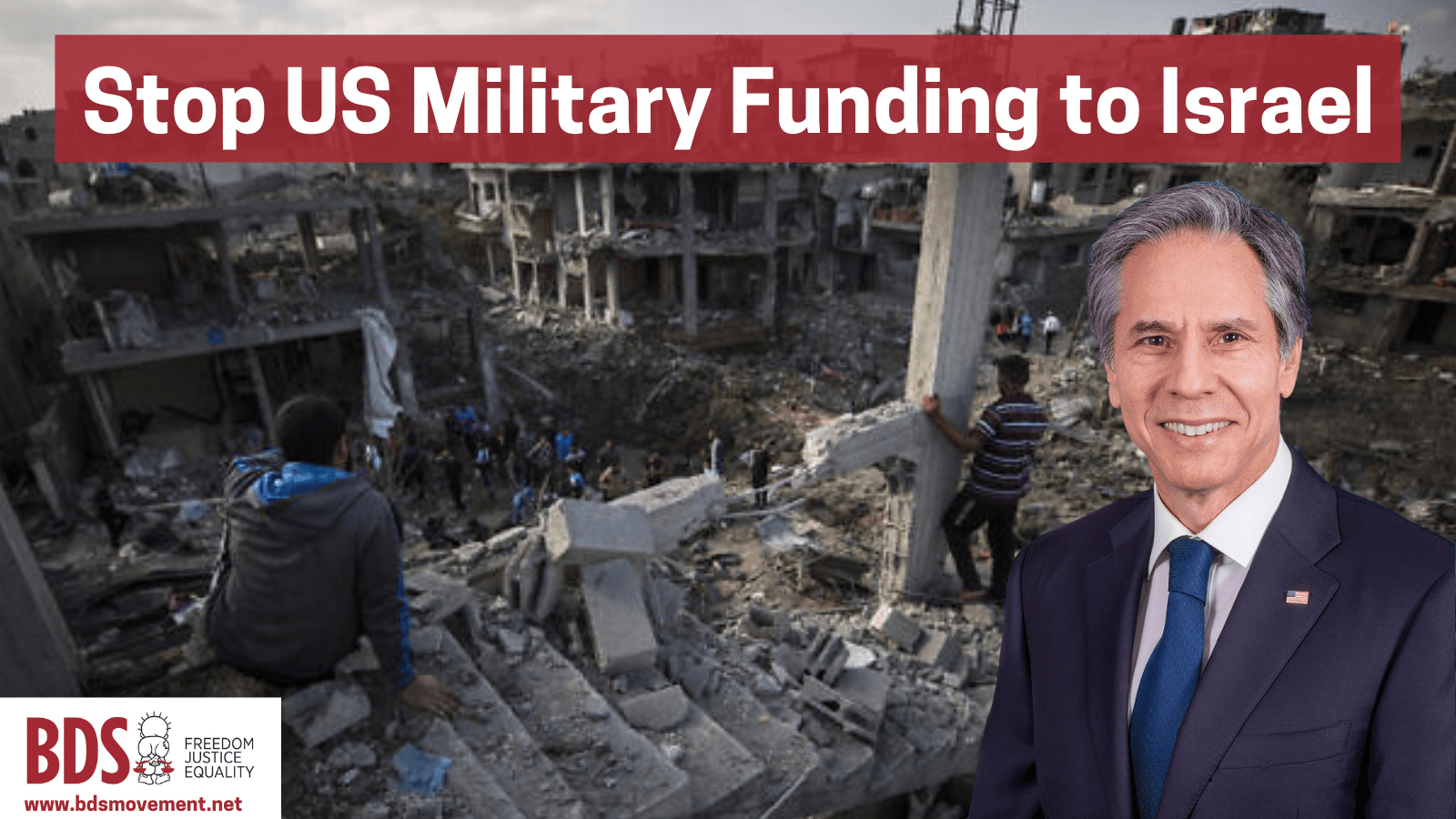 Despite Israel’s massacre in Gaza, the Biden administration has approved the sale of $735 million in precision-guided bombs to Israel, enabling it to continue massacring Palestinian families in Gaza and elsewhere with precision.

Since 1948, the U.S. has provided Israel with military funding and other aid worth $146 billion, bankrolling its ongoing Nakba against the Indigenous Palestinian people. The U.S. still gives $3.8 billion annually to Israel in military funding.

All this funding for apartheid, and the trillions of other dollars spent on the military-security-industrial complex over the years, could have gone a long way in lifting millions in the U.S.--particularly Black and Indigenous communities--out of poverty, creating sustainable jobs, and providing better education and healthcare to millions.

Palestinians stand with the Movement for Black Lives and other justice movements in their struggles for racial, social, economic, gender, and climate justice. We support their demand for shifting U.S. budget priorities from military hegemony and imperial oppression worldwide, including funding Israeli apartheid, to paying reparations for centuries of injustice and pillage, and ending structural racism and white supremacy.

The U.S. has emboldened Israeli crimes by using its veto power tens of times to block UN Security Council resolutions condemning Israeli violations of Palestinian rights or calling for accountability.

The U.S. has recognized occupied Jerusalem as Israel’s capital, in violation of international law, and against the will of the overwhelming majority of the world.

The Biden administration has continued Trump’s support for Israel’s war on BDS, while 72% of all Americans oppose anti-BDS laws as unconstitutional. This stands in contrast to the shift in the Democratic Party’s base towards supporting Palestinian rights, as demonstrated by a recent poll and a letter from 500 Party staffers calling for holding Israel accountable.

Whether under the xenophobic, fanatically anti-Palestinian Trump or the more liberal, anti-Palestinian Biden, Palestinians have not noticed any substantial difference in the militaristic, criminal policies of U.S. imperialism around the world, least of all in Palestine.

The U.S. is no “honest broker.” It’s Israel’s partner in crime. It must end military funding to Israeli apartheid and recognize the inalienable Palestinian rights as stipulated in international law.

After the ceasefire, we must double our BDS efforts to #CeaseApartheid. It’s #InOurHands.