Skip to main content
In the News
This article is reposted from
Diva Magazine
, click here to read the original article.

You can’t pink wash this

More than 500 people march as “Queers For Palestine” bloc, reclaiming Berlin's the Radical Queer March as a space for radical queers committed to feminist anti-racist and anti-colonial politics. 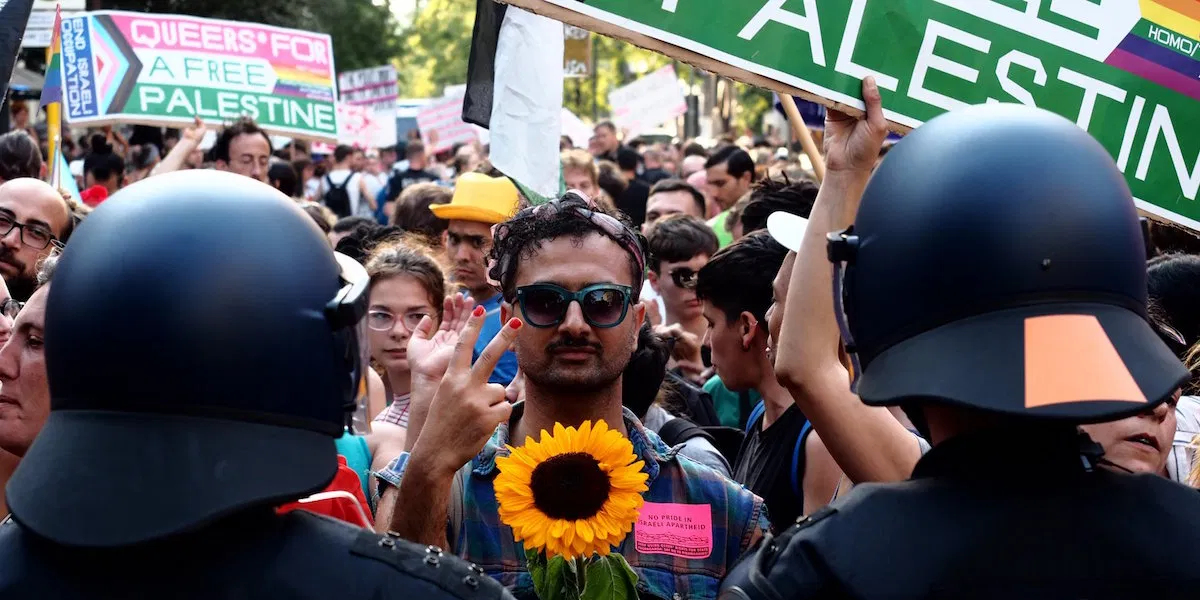 Berlin’s permissive attitude to drugs and public sex ranks the city on top of those looking for “authentic” queer experiences.

And yet, as Pride events across the globe celebrated the 50th anniversary of the Stonewall riots, it was in Berlin during the recent Radical Queer March that organisers called the police on fellow queers who marched as Queers For Palestine – most of whom were queers of colour, migrants and refugees.

We should all be worried about these attempts to repress queers supporting Palestinian rights. We have to ask ourselves hard questions about what queer liberation looks like in an era where we have marriage equality, yet “radical queers” call the police on queers of colour in the name of anti-racism.

All of that against the backdrop of politics moving further and further to the extreme right.

The Radical Queer March was promoted as a “radical” alternative to the corporate and largely unpolitical official Pride demonstration. In the days leading up to Berlin’s Pride weekend, organizers released a controversial statement mischaracterizing the Palestinian-led Boycott, Divestment and Sanctions (BDS) movement as antisemitic, banning supporters from the march.

BDS calls for nonviolent pressure to bring about Israel’s compliance with its obligations under international law. The movement targets the Israeli state because of its responsibility for serious violations of international law and the companies and institutions that are complicit in this kind of state violence. Anchored in the Universal Declaration of Human Rights, BDS targets complicity, not identity.

BDS is inspired by and in the proud tradition of other successful anti-racist and anti-colonial boycott movements, including the US civil rights movement and the South African anti-apartheid movement. The campaign is supported globally by a myriad of social justice organizations and giants of anti-racist-liberation struggles from Desmond Tutu to Angela Davis, along with many Jewish millennials and cultural figures.

For decades, Berlin’s leftist and queer spaces successfully silenced any meaningful discussion about Palestine and the German state’s political, financial and military support of Israeli state violence. This time, queer BDS supporters won’t have it.

Appalled by the ban by the Radical Queer March organisers, I and a few others spontaneously decided to march together as “Queers For Palestine” to reclaim the Berlin march as a space for radical queers committed to feminist anti-racist and anti-colonial politics. We extended the invitation to others over social media and were overwhelmed by the support.

Over 500 people marched as the Queers For Palestine bloc.

One of the participants shared his account on Facebook: “I walked around the entire march, to the expected predominance of Whiteness and in contrast of the Queers For Palestine block that was a beautiful and heart-warming mix of queers and our allies.

We were shocked when suddenly police in full riot gear blocked our path. Apparently, some of the organizers had declared the bloc to not be part of the march. After a scary, nerve-wracking showdown, the cops were called off and Queers For Palestine marched on, chanting “It’s not radical to call the police.”

Appalled by the decision of march organizers to call the cops, the anarcha-feminist house project Liebig34 cancelled their post-march party in protest.

They tweeted: “No cops at Pride! We don’t think it’s time for party after what happened today at #radicalqueermarch. So we cancel the party at #Liebig34.”

The move to call cops in riot gear on vulnerable queers has triggered passionate debate on “pink washing” (the strategic branding of corporations and states as LGBT-friendly) and the need to reclaim radical queer politics as anti-racist and anti-colonial.

Queer liberation is much more ambitious than simply struggling for equal (liberal) rights. Queers* of colour – including Palestinian queers – are already situated at the intersection of racism, colonialism and heteropatriarchy. There is a growing recognition that queerness generally is inextricably bound up with notions of racial and colonial difference.

Historically, modern western discourses about race and sexuality emerged in tandem and were critical to modern settler colonial expansion. And they continue to buttress one another today: in this moment of White supremacy on steroids, the lives and rights of trans people, queers and women, especially those of color, have turned into carefully chosen battlefields in the quest to defend the “White nation” by producing “White” babies via “normal” productive (aka able-bodied, capitalist) families.

So queer liberation is anti-racist and anti-colonial not out of “solidarity” with an unrelated struggle, but because the violent policing of normal and abnormal sexual bodies is part and parcel of ongoing racist-colonial politics.

Queers For Palestine and our supporters at the march, along with queer liberation groups across the world, are making these connections. As we wrote in our official statement released after the march:

“The time of silence on Palestine is over! The time of the White left dictating people with lived experiences of racism and colonial oppression how to be free is over!”

Dr. Melanie Richter-Montpetit is a Lecturer/Assistant Professor researching war and militarism, as well as feminist and queer politics at the Department of International Relations at the University Of Sussex. She co-organised the Queers For Palestine bloc at the Radical Queer March 2019 in Berlin. 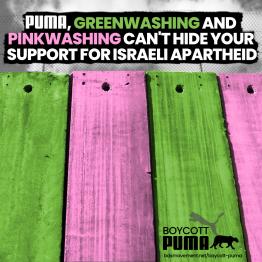 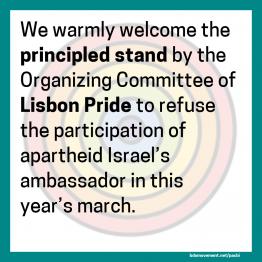