Why scientists should boycott Israel

The scientific community needs to understand that it has a role to play, and boycotts have proven effective in fighting apartheid, in both its South African and Israeli incarnations, and the normalization that is crucial to its existence. 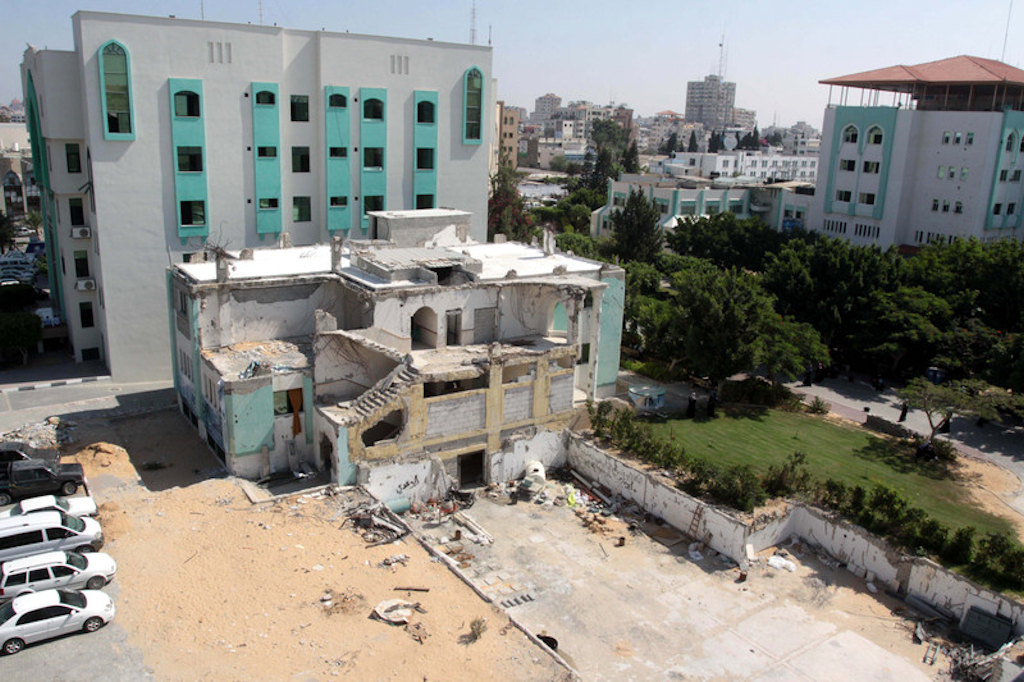 The meeting was quite effective in disproving the idea that we can talk about science (or anything) in Palestine without mentioning the occupation.

The testimonies from Palestinian participants, both in person and remotely, painted a clear picture of the impact of the occupation on education and scientific research. From checkpoints stifling movement, to student dormitory raids, to arbitrary university closures, it is clear that the occupation is the main obstacle to the development of science in Palestinian institutions.

The situation is even worse in the besieged Gaza Strip, where there are only a few hours of electricity per day and it is near impossible to import anything, let alone equipment for scientific research.

Students from Gaza also told tales of their agony waiting for months for an opening of the Rafah crossing in order to pursue education opportunities abroad, or of losing those opportunities altogether.

Inevitably, one of the issues discussed in this meeting was the academic boycott of Israel and the (non)neutrality of science.

Scientists for Palestine has not taken an official position on the academic boycott. It is likely that, due to the recent crackdown of the Israeli government on individuals affiliated to any groups supporting the boycott, divestment and sanctions (BDS) campaign for Palestinian rights, a public position on the matter could undermine efforts to organize activities in Palestine.

(Note: the case for a boycott and the arguments surrounding it are brilliantly explained here.)

The scientific community, particularly in the hard sciences, prides itself on not taking any shortcuts in the quest to uncover the deepest mysteries of the universe.

Ask any theoretical physicist about pion decay and they will gladly explain how a quantum anomaly is what enables the main decay process into two photons.

But ask them about Palestine and chances are you will hear that the issue is “too complicated,” and possibly some orientalist trope about Arabs, Islam or both.

But even those who are informed beyond the mainstream narrative may be reluctant to take a position or endorse the boycott. The world of scientific research is one of ruthless competition and exploitation, especially at the lower levels, and very few are willing to jeopardize their careers and funding opportunities by taking a stand on Palestine. The example needs to come at an institutional level or from those with job security.

We are told that the scientific community, instead of promoting boycotts, should be building bridges and the rest will follow.

But this assumes that decades of settler-colonial occupation, ethnic cleansing and human rights abuses can be boiled down to an issue of different peoples not talking to each other. Of course, what is being built are not bridges, but little bubbles where everything seems harmonious as long as you don’t look outside the bubble.

The key word here is normalization. Israel’s current existence as a settler-colonial, apartheid state to which international law is not being applied, relies heavily on its projection of itself as a modern, hi-tech, Western-style liberal democracy.

Prestigious conferences and joint scientific ventures, either in the name of advancing science or building bridges, all contribute to cementing this narrative.

Boycotts can be extremely effective, and the panicked Israeli reaction to the BDS movement is a testament to that.

A boycott campaign upsets the very foundations of the polished image Israel wants to project and forces peoplewho would otherwise not be so inclined to look behind the curtain and uncover the grisly reality of ethnic cleansing, regular bombings and endless human rights violations.

It’s not that long since the academic boycott against apartheid South Africa (which ran alongside cultural and sporting boycotts).

The United Nations even passed resolutions supporting it. I have no doubt that many people who today question or oppose an academic boycott of Israel would have happily embraced the boycott of South Africa.

Yet the Israeli version of apartheid is not in the least put in the shade by its South African predecessor.

Israel enjoys the unconditional support of the world’s leading superpower – which eventually dropped even its support of South Africa – and a potent lobby that reaches congresses, parliaments and editorial boards alike.

It would have been absurd to suggest that what was needed in South Africa was scientific collaboration involving apartheid and bantustan institutions. Replace South Africa with Israel and the bantustans – the nominally independent Black-ruled “homelands” set up by the apartheid regime – with the (bantustan-like) occupied territories, and it remains absurd.

The point is that science, like any other human activity, is not neutral, regardless of whether one is conscious of it or not. And if scientists wish to stand in solidarity with their Palestinian counterparts, then they ought to hear their opinion on the matter, which is overwhelmingly in favor of the academic boycott and against any collaboration involving Israeli institutions. Otherwise any idea of helping science in Palestine is just a charitable exercise, rooted in a Western-savior mentality.

At the end of the day boycotts, be they purely academic or wide-ranging like BDS, will not alone bring about justice and freedom for the Palestinians. The key role will be played by the Palestinian people.

But the scientific community needs to understand that it has a role to play, and boycotts have proven effective in fighting apartheid, in both its South African and Israeli incarnations, and the normalization that is crucial to its existence.

Scientists for Palestine
International Meeting for Science in Palestine
February 9, 2018
/ By
The Electronic Intifada
/