November 8, 2018
/ By
Palestinian Campaign for the Academic and Cultural Boycott of Israel (PACBI)
/
United States

Round Tables is part of the Israeli government’s “gastro-diplomacy” efforts, aimed at distracting attention from Israel’s theft of Palestinian land and food resources. 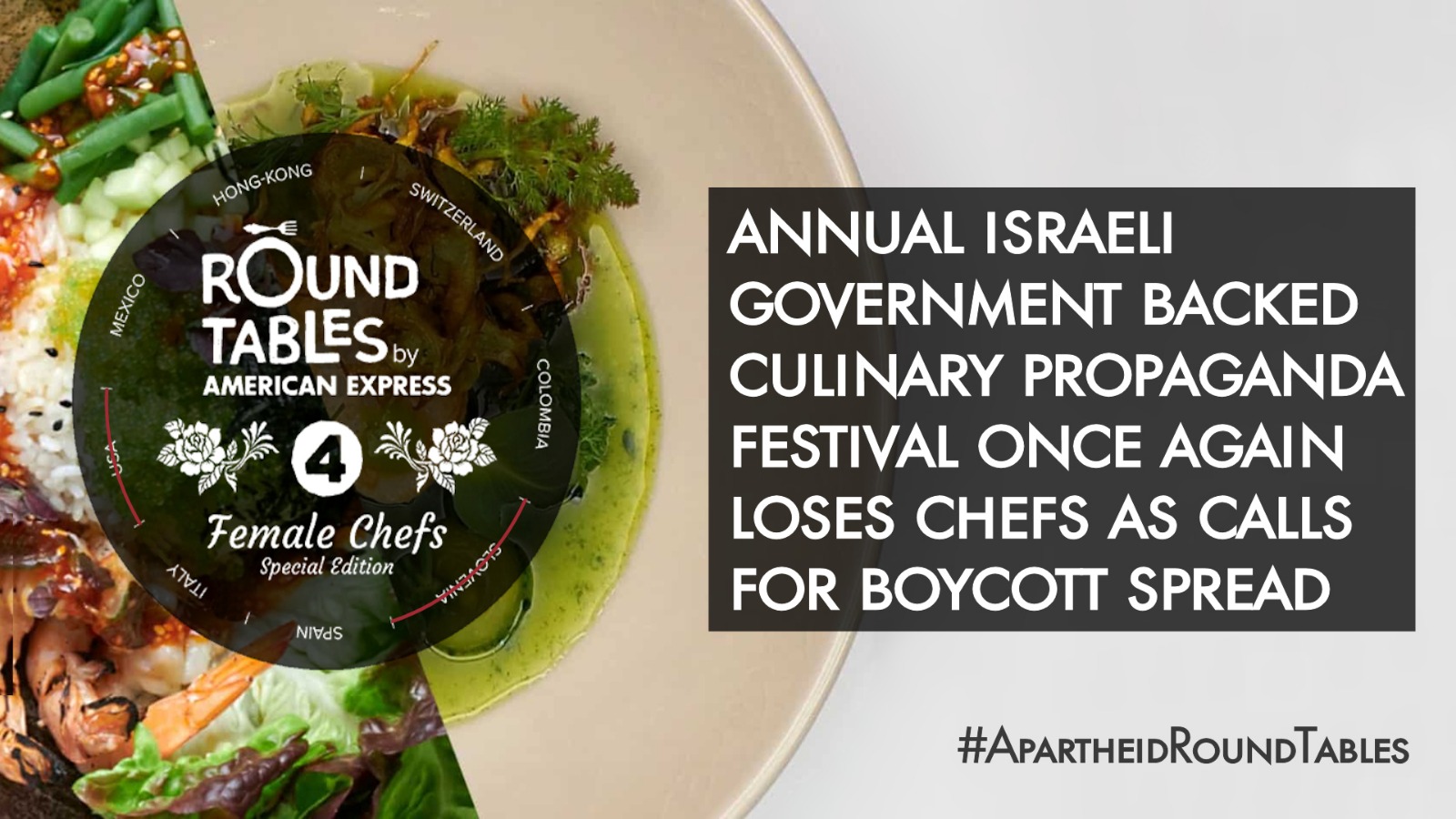 Chef Gabrielle Hamilton and her team withdrew from Israel’s Round Tables Festival, scheduled to start this Sunday, November 11 in Tel Aviv.

90 chefs and culinary figures appealed to Hamilton and other chefs to withdraw from Round Tables, heeding the call from leading Palestinian women, farmer, and worker organizations.

Round Tables is part of the Israeli government’s “gastro-diplomacy” efforts, aimed at distracting attention from Israel’s theft of Palestinian land and food resources.

Hamilton is owner of PRUNE in New York. She received the James Beard award for best chef in NYC in 2011 and for outstanding chef in 2018.

Hamilton is the third chef to withdraw from Round Tables 2018 - Female Edition. Ana Roš, chef at Hiša Franko in Slovenia, cancelled her participation and events for Isa Mazzocchi, chef at Ristorante La Palta in Italy, are no longer listed on the Round Tables website.

Round Tables is partnered with the far-right Israeli government, and with companies involved in Israel’s illegal settlements built on stolen land.

But Israel’s “gastro-diplomacy” mask is wearing thin as the state entrenches its extremely violent policies and racist laws. The number of participating chefs in Round Tables has steadily decreased, from 16 in 2016, to only eight in 2018. Each edition saw prominent chefs withdraw following appeals from human rights organizations and culinary figures.

It seems Israel has over-cooked its gastro-propaganda festival.

It is not too late for the remaining chefs to stand on the right side of history and cancel their participation in Round Tables.

round tables
impact
November 8, 2018
/ By
Palestinian Campaign for the Academic and Cultural Boycott of Israel (PACBI)
/
United States