March 30, 2011
On the occasion of the 3rd global Boycott, Divestment and Sanctions (BDS) Action Day on March 30 (Palestinian Land Day), we are happy to announce the release of Stop the Wall’s disconcerting and potentially explosive report on growing and strategic military relations between Brazil and Israel.

On the occasion of the 3rd global Boycott, Divestment and Sanctions (BDS) Action Day on March 30 (Palestinian Land Day), we are happy to announce the release of Stop the Wall’s disconcerting and potentially explosive report on growing and strategic military relations between Brazil and Israel. Notwithstanding its recent recognition of the Palestinian State and its long tradition of supporting Palestinian rights and upholding international law, the Brazilian government has signed contracts worth hundreds of millions of dollars with Israel’s arms industry.

The fact that Israel continues its decades-old brutal occupation, illegal siege of Gaza, denial of Palestinian refugee rights, increasingly blatant apartheid policies and laws, and rejection of every serious international attempt to reach a just and comprehensive peace agreement with the Palestinians and Arabs, has not deterred Brazil from becoming one of the top importers around the world of Israeli weapons, many of which are promoted as “field tested.”

In 30 pages, the well researched and thoroughly documented report reveals the details of Brazil’s major programs signed with Israel, totaling close to one billion US dollars. Furthermore, Israel is increasingly buying Brazilian arms industry corporations and forging joint ventures and strategic relationships. The Israeli efforts to establish itself in Brazil and, through this, to penetrate as well markets in other progressive South American countries are supported by political action such as the existence of an office of the Brazilian Armed Forces in Tel Aviv and the recent signature of a security cooperation agreement between Brazil and Israel that allows the latter to carry out deals which are at a high level of security classification.The Israeli military industry is eyeing billions of dollars of contracts in preparation of the 2014 World Cup games and the 2016 Olympic Games in Brazil. In a newspaper report, six of seven companies vying for contracts have proven links with Israeli war crimes and/or have been involved in suspicions of espionage activities[1].

The major Israeli arms companies active in Brazil –  Israeli Aircraft Industries (IAI) and Elbit Systems – are both directly involved not only in providing the Israeli occupation army with weaponry used in committing what the UN Goldstone Report characterized as “war crimes” and possible crimes against humanity against the Palestinian people, but are directly constructing the Wall and settlement infrastructure, which are grave breaches of the IV Geneva Convention and the 2004 advisory opinion of the International Court of Justice. Israeli Tavor rifles produced in Brazil are explicitly developed and “tested” through real Israeli army’s attacks on Palestinian communities under occupation.

To read the full report:

“Doing business with the Israeli arms industry seriously undermines Brazil’s support of Palestinian political and human rights, as these contracts ensure that Israeli wars, occupation and colonialisation remain profitable. These military relations further cast doubt on the Brazilian government’s declared commitment to human rights, peace and the establishment of a Palestinian state and appear to contradict Brazil’s alliances and interests in the wider Arab region. It is worrying that Brazil hands over its taxpayers’ money to the Israeli arms industry. Brazil cannot reconcile complicity in Israel’s grave violations of international law and its aspirations as a rising world power that advocates respect for international law and human rights.”

The Palestinian BDS National Committee (BNC) reiterates its call upon the Brazilian government to stop all military relations with Israel, and urges in particular to: 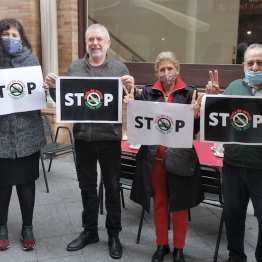