An International Committee of the Red Cross (ICRC) conference in partnership with Hebrew University, which is deeply complicit in Israel’s flagrant violations of international humanitarian law, undermines Palestinian human rights and our nonviolent struggle to achieve them. 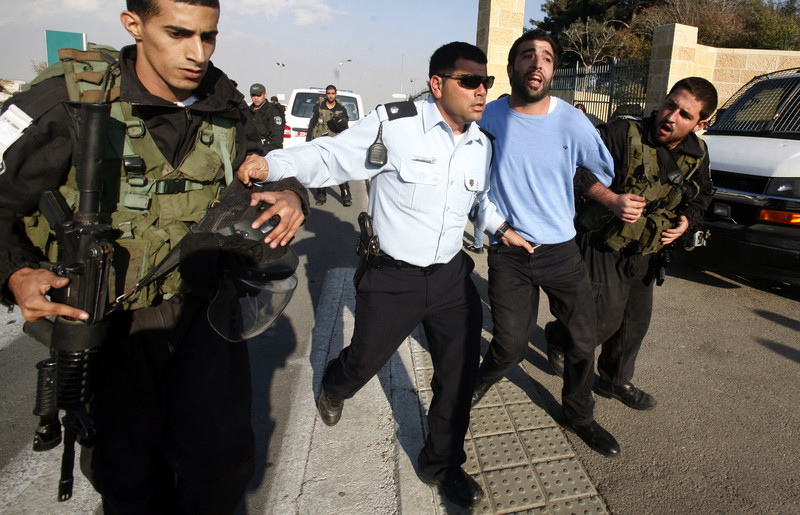 The Palestinian BDS National Committee (BNC) Secretariat sent the following letter to the Head of International Committee of the Red Cross (ICRC) Delegation in Israel and the Occupied Palestinian Territories (OPT) regarding its planned conference in partnership with Hebrew University.

Palestinian civil society, as widely represented in the Palestinian BDS National Committee (BNC), is deeply concerned about the ICRC - Minerva Annual Conference on IHL scheduled to take place at Israel’s Hebrew University of Jerusalem on November 12-13, 2018. We urge you to cancel this conference or to relocate it to another country that is less implicated in grave violations of human rights. ICRC must respect international humanitarian law and the human rights of the Palestinian people.

Moreover, no matter where it is held, an ICRC conference in partnership with the Hebrew University undermines Palestinian human rights and our nonviolent struggle to achieve them.

The Hebrew University is deeply complicit in Israel’s flagrant violations of IHL, specifically in Israel’s annexation of occupied East Jerusalem. Several buildings and facilities of the university’s Mount Scopus campus are located on stolen Palestinian land in East Jerusalem. The university has illegally acquired these lands based on the illicit property rights and titles created by Israel’s unlawful appropriation of large tracts of occupied Palestinian land in 1968.[1] These Hebrew University campus buildings and the facilities in them constitute an illegal Israeli settlement.

The BNC is the largest coalition in Palestinian civil society and leads the global BDS movement for Palestinian rights. It comprises Palestinian political parties, trade union federations, general unions (including unions of women, farmers, academics, writers and public employees), all NGO networks (with over 200 organizations among them), and the largest refugee rights network.

As planned, the conference is incompatible with the ICRC’s responsibilities as the guardian of IHL. By co-organizing this conference in Jerusalem with such a complicit university, the ICRC is signaling that it recognizes and supports the current, illegal measures by Israel’s far-right government to assert sovereignty over all of Jerusalem as a done deal.

The United Nations and the overwhelming majority of its member states do not recognize Israeli sovereignty over any part of Jerusalem. UN Security Council resolutions have repeatedly confirmed that Israel’s annexation of occupied East Jerusalem is a flagrant violation of IHL and is therefore null and void. We strongly urge the ICRC to refrain from organizing any joint activity with any complicit Israeli institution, particularly if held in Jerusalem.

Palestinian civil society is also very alarmed by how the conference is sidelining and undermining international law and UN resolutions applicable to Israel’s military occupation and to the Palestinian people. The conference, for instance, looks set to exclude debate on the gross and systematic violations of IHL perpetrated by Israel as the occupying power.

Why do conference documents speak about Jerusalem as if it were a “normal” Israeli city, without reference to Israel’s military occupation and illegal annexation of its eastern part? Why does the call for papers designate the West Bank, including East Jerusalem, and the Gaza Strip as “OT” (occupied territory), instead of Occupied Palestinian Territory (OPT), which is the standard terminology of the United Nations? Has the ICRC decided to ignore or deny the Palestinian people’s right to self determination, which is internationally recognized and has been affirmed by the International Court of Justice in its 2004 ruling against Israel’s illegal wall?

How can a conference dedicated to the theme of "detention" exclude from its call for papers Israel’s mass arrests, denial of fair trial rights, torture and other systematic ill treatment of the Palestinian population, in particular its children and youth, all of whom are supposed to be protected by IHL?

It is shocking that the ICRC is planning to discuss the prolonged detention and abuse suffered by Iraqis and Afghans, yet Palestinians are not mentioned in the call for papers, despite taking place at an Israeli university with close ties to Israel’s military-industrial complex[2] that is notorious for violating the rights of thousands of Palestinian political prisoners.[3]

In light of the issues addressed above, we urge you to cancel this conference with Hebrew University or relocate it to another country and partner only with institutions that respect human rights.

We look forward to receiving your reply to this letter at your earliest possible convenience.

1. The decision was published in the official Israeli Gazette (the Hebrew edition), number 1425.  This land, for the most part, was (and still is) privately owned by Palestinians living in that area. A large part of the confiscated land was then given to the Hebrew University to expand its campus (mainly its dormitories). The Palestinian landowners refused to leave their lands and homes arguing that the confiscation order of 1968 was illegal. When the case was taken to the Jerusalem District Court in 1972 (file no. 1531/72), the court ruled in favor of the University and the state, deciding that the Palestinian families must evacuate their homes and be offered alternative housing. Also see: http://poica.org/2004/12/hebrew-university-expansionist-plans/