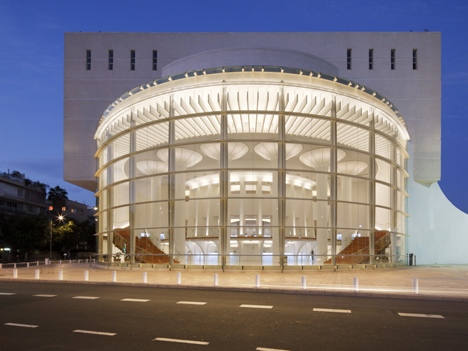 In defending its decision to perform in illegal settlements, Habima’s management stated that the theater “rejects with repugnance any call to exclude citizens and to exclude communities, and condemns any attempt at a cultural boycott in any place where Israeli citizens live.”

This performance will only be the latest in a long, shameful record of Habima’s collusion with the Israeli government in whitewashing occupation, colonization and apartheid. For example, Habima hosted a seminar on “terrorism” for European theater leaders at the Interdisciplinary Center in Herzliya, a university deeply implicated in Israel’s crimes against the Palestinian people. Habima has also staged plays in Ariel, an Israeli settlement built in the occupied West Bank.

In 2012, a number of prominent cultural figures in the UK, including Emma Thompson, Miriam Margolyes, John Graham Davies and David Calder,expressed their opposition to Habima’s invitation to the Shakespeare festival because of its performances in illegal Israeli settlements in the occupied Palestinian Territory. David Calder explains Habima’s performances in Israeli settlements as making a “bridgehead for the state of Israel to say that this is normal.”

The Israeli establishment was so alarmed by this mainstream cultural boycott initiative that then Israeli president Shimon Peres warned about the growing impact of the Palestinian-led, global Boycott, Divestment and Sanctions (BDS) movement:

“Israel has been blessed with a lot of talent that manufactures many excellent products. And in order to export you need good products, but you also need good relations. So why make peace? Because if Israel’s image gets worse, it will begin to suffer boycotts. There is already an artistic boycott against us — they won’t let Habimah Theatre enter London — and signs of an undeclared financial boycott are beginning to emerge.”

Located in the occupied Palestinian city of Hebron, Kiryat Arba is famed for its predominantly “fascist” settler population. It is where a Jewish-Israeli terrorist, Baruch Goldstein,massacred 29 Palestinians and injured dozens during prayer at the Ibrahimi Mosque in 1994. Eventually a monument was erected in Goldstein’s honor and many settlers continue to pay tribute to him.

Kiryat Arba is also notorious for the incitement of violence against Palestinians whereby settlers continuously attack, harass and dispossess Palestinians from their homes. A report by the Alternative Information Center in 2004 describes the situation in Hebron’s settlements as one where:

“Palestinians find themselves in proximity to radical settlers who enjoy near impunity before the law, and who are protected by an army with a strong bias towards them. The unequal treatment of Jewish settlers and Palestinians by Israel’s authorities has severe consequences for Hebron. Since Israel grants near legal impunity to settlers, they do not fear any consequences for attacking Palestinians.”

The troubling performance scheduled by Habima in Kiryat Arba exposes once again the theatre’s evident role in the normalization and prolongation of the occupation and denial of Palestinian rights as enshrined in international law.

It is of fundamental importance that organizations and institutions not collaborate with Habima and associate with its clear endorsement of illegal policies and actions by the Israeli government. The refusal to be complicit in human rights violations and the illegal colonization of occupied land is a decision to uphold justice and Habima has proven ad infinitum that it does not.