June 8, 2020
/ By
Palestinian Campaign for the Academic and Cultural Boycott of Israel (PACBI)
/
United States

Dr. Abdulhadi, who has faced years of right-wing Israel lobby smear campaigns, was honored for her "courage, persistence, political foresight, and concern for human rights," and her commitment to scholarship "that builds mutual understanding." 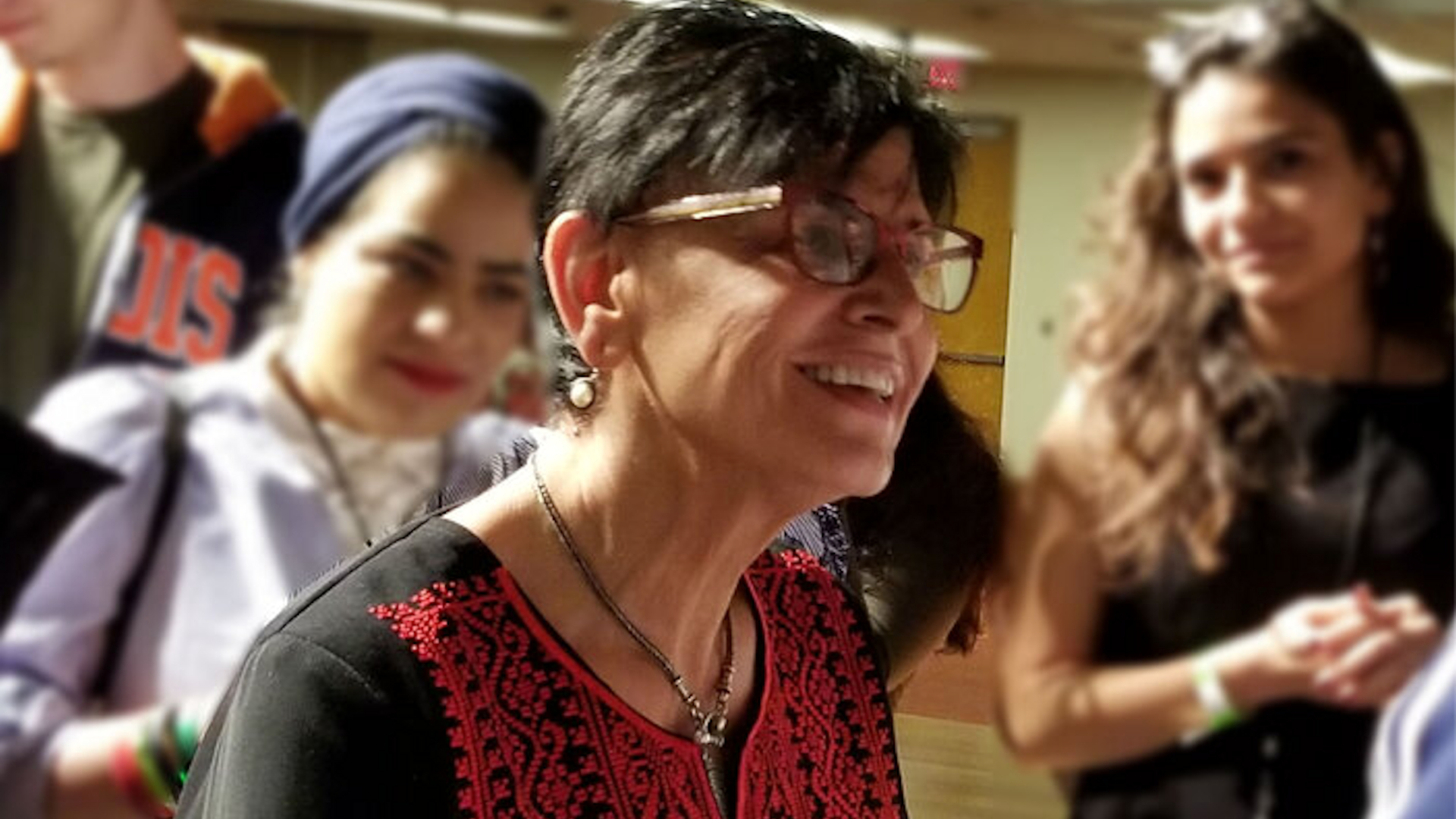 The Palestinian Campaign for the Academic and Cultural Boycott of Israel (PACBI) sends heartfelt congratulations to the prominent Palestinian-American scholar Dr. Rabab Abdulhadi, one of the recipients of the Georgina M. Smith Award by the American Association of University Professors (AAUP).

We join many academics, student organizations and social justice advocates welcoming the AAUP’s decision to recognize Dr. Abdulhadi for her unwavering commitment to scholarship in the service of justice and fundamental rights.

AAUP honored Dr. Abdulhadi for exemplifying “courage, persistence, political foresight, and concern for human rights, including union organizing, gender and sexual justice, in her scholarship, teaching, public advocacy, and collaboration with a diverse group of academic, labor, and community organizations. Her commitment to global scholarship that builds mutual understanding is evident in the collaborations she has initiated. As a director of the Arab and Muslim Ethnicities and Diasporas Studies Program she brings together scholars, activists, academics, and organizers to create justice-centered knowledge, build broad-based coalitions, and advance the agenda for social change in Palestine, the United States, and internationally. Her leadership transcends the division between scholarship and activism that encumbers traditional university life.”

The award is all the more noteworthy in light of the years of false accusations, concerted racist smear campaigns, bullying and vindictive lawsuits by anti-Palestinian right-wing Israel lobby groups that Dr. Abdulhadi has endured due to her tireless work for justice for Palestinians. The same type of McCarthyite attacks, which aim to shut down discussion or criticism of Israel’s violations of Palestinian rights, are now also being directed at AAUP over its recognition of Dr. Abdulhadi’s distinguished scholarship.

Through it all, Dr. Abdulhadi has shown grace and determination, succeeding in having the frivolous lawsuits dismissed as she stood strong for academic freedom and Palestinian rights.

However, her own university administrators, apparently bowing to Israel lobby pressure, have not only failed to support her but have instead taken actions undermining her work, aimed in particular at the Arab and Muslim Ethnicities and Diasporas Studies Program (AMED) that she directs. San Francisco State University (SFSU) has failed to provide AMED with promised faculty, denied the hire of students, refused funding requests and canceled courses. This is not only an insidious form of suppression of academic freedom, in line with growing repression and authoritarianism under the Trump administration; it is McCarthyism at work.

We can think of no better way to honor Dr. Abdulhadi’s tireless work than standing with her in the pursuit of academic freedom for all.

Sign in support of Dr. Rabab Abdulhadi and contact the San Francisco State University and California State University administrations calling on them to take concrete steps to ensure academic freedom is guaranteed and the university’s stated commitment to the AMED Studies Program is fulfilled.