Palestinian Response to Reports That U.S. Will Recognize Jerusalem as Israel’s Capital

The Trump administration's anti-Palestinian and illegal act reverses decades of official U.S. policy regarding Jerusalem and contradicts the international consensus. Trump’s policies on Palestine underscore that it is long past time for the world to apply concrete pressure on Israel to respect Palestinian rights through support for our struggle for rights and dignity. 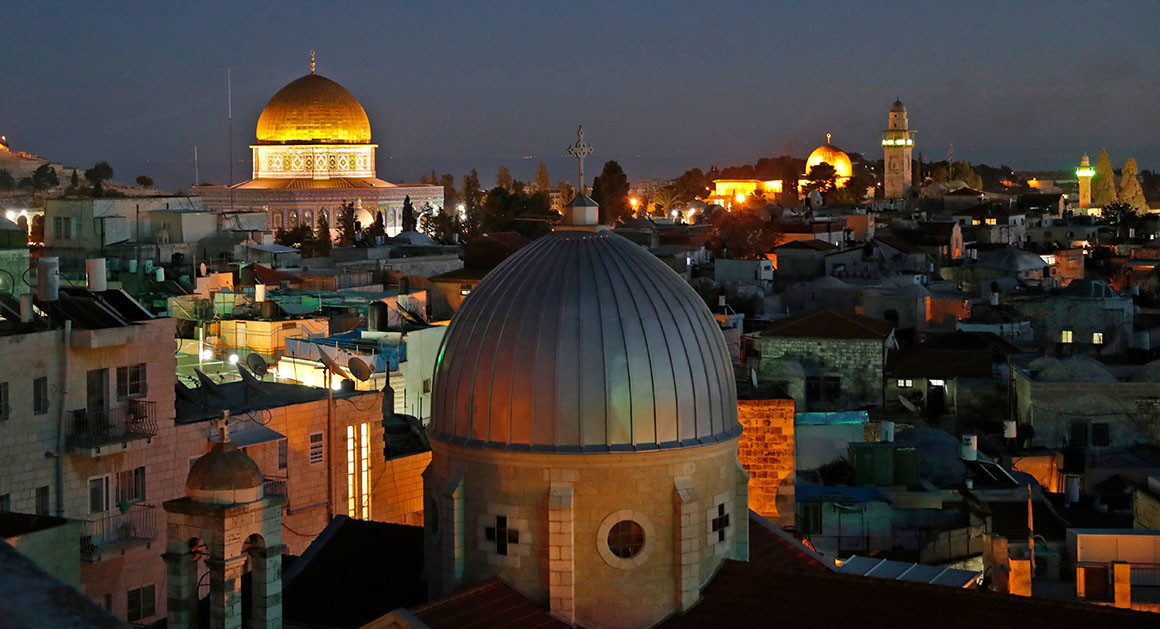 December 5, 2017 — News has just broken that President Trump plans to recognize Jerusalem as the capital of Israel, and that he will announce his decision tomorrow.

As we wait for the official announcement, we’re already seeing the potential repercussions. All Palestinian factions have called for days of mass protest.

U.S. President Donald Trump’s reported plan to recognize occupied Jerusalem as the “capital of Israel” is an appalling attempt to give legitimacy to Israel’s illegal control of the city by a xenophobic and racist U.S. administration whose own legitimacy is precarious at best. This anti-Palestinian and illegal act reverses decades of official U.S. policy regarding Jerusalem and contradicts the international consensus.

Palestinians, supported by the absolute majority in the Arab world and millions of people of conscience worldwide, will not accept this latest U.S. surrender to Israel’s extremist agenda. We shall continue to insist on attaining our UN-stipulated rights and ending Israel’s regime of occupation, land theft and apartheid through popular resistance and the global Boycott, Divestment and Sanctions (BDS) movement.

As Dr. Hanan Ashrawi, speaking for the Palestine Liberation Organization, has reacted, the Trump administration “is undermining the global rule of law, as well as American standing, credibility, security, and interests around the world.”

This recognition would be the most serious form of complicity to date by the administration in cementing Israel’s apartheid regime in Jerusalem and accelerating its ethnic cleansing of indigenous Palestinians from their city.

This latest move by the Trump administration also encourages Israel to continue barring most Palestinians in the occupied territories from entering occupied Jerusalem, including to worship at our sacred Muslim and Christian holy sites in the Old City, visit our family and friends, access medical care, and do business. It legitimizes cutting many Palestinians off from a center of their cultural, spiritual and political life.

It further demonstrates the close connections and shared fanatic worldview of the current irrational U.S. administration and its far-right Israeli counterpart. Both incite and exploit racism, xenophobia and fear for political gain. It also further fuels the belief of right-wing Israelis, including government officials, that they can continue ruling over millions of Palestinians indefinitely without granting them their freedom or rights.

Trump’s policies on Palestine underscore the critical importance of the BDS movement for realizing Palestinian freedom, justice and equality.

For decades, the United States has supported, justified and shielded from accountability Israel’s policies of ethnically cleansing Palestinians, stealing our land to build illegal Jewish-only settlements on it, and denying Palestinians in East Jerusalem and elsewhere our rights under international law.

While committed to funding Israel’s military aggression and war crimes to the tune of 38 billion dollars over 10 years, the U.S. government continues to cut social funding on education, health, jobs, environmental protection and other necessities in the United States. These severe cuts are affecting the most marginalized communities in the country, particularly people of color. This further underlines the urgent need to connect the struggle for Palestinian liberation with the struggles for racial, social, economic and environmental justice in the United States and beyond.

It is long past time for the world to apply concrete pressure on Israel to respect Palestinian rights through support for our struggle for rights and dignity.