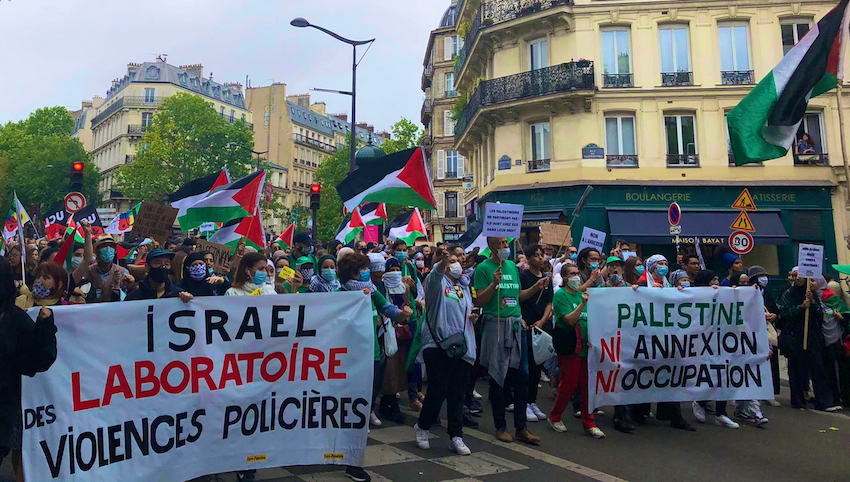 Israel’s extremist government decided today to keep everyone in the dark about if and how it will make use of the “golden opportunity” offered by the Trump administration to embark on de jure annexation of large swathes of the occupied Palestinian West Bank. No one should be misled, however. Israel will continue to quietly de facto annex occupied Palestinian territory, as it has done for decades, while trying to appease its Western allies. But as the UN High Commissioner for Human Rights, Michelle Bachelet, said, “Annexation is illegal. Period. Any annexation.”

For over a thousand European parliamentarians, “Failure to adequately respond [to Israeli annexation] would encourage other states with territorial claims to disregard basic principles of international law,” undermining “the most basic norms guiding international relations, including the UN Charter.”

The international community must therefore impose lawful, targeted and immediate sanctions on Israel in response to its ongoing annexation, illegal military occupation and apartheid regime of racial discrimination, segregation and territorial expansion that is enshrined in Israel’s domestic law.

With its silence, Israel hopes to silence global mobilizations that have compelled the international community to consider accountability measures and to safeguard its impunity. Israel, after all, is well aware that the climate of international complicity and lack of accountability is what has enabled its colonization, apartheid and de facto and de jure annexation of Palestinian territory to continue for decades.

Israel’s de jure annexation of occupied Palestinian territory, formalized in East Jerusalem in 1967 and later entrenched in the 1980 Basic Law, may now be replicated in other parts of the OPT. Such formal annexation crystallizes a “21st century apartheid,” according to dozens of United National human rights experts and constitutes a “most serious violation of international law,” as the UN General Secretary Antonio Guterres stated.

Already in 2004, the International Court of Justice (ICJ) warned that Israel’s de facto annexation of its illegal settlements by means of the Wall may become a fait accompli. Sixteen years later, this has indeed materialized. The ICJ called on all States and the United Nations to adopt measures to end these serious Israeli violations of the UN Charter-based international legal order and international humanitarian law and to meet their obligation of non-recognition and non-assistance.

Now is the time for serious accountability measures, not just for the sake of defending Palestinian rights under international law, but crucially to safeguard the very credibility of and respect for international law itself.

In response to Israel’s ongoing annexation and grave violations of Palestinian human rights, Palestinian civil society reiterates its unified call on all States and international organizations to respect their legal obligations to cooperate to end Israel’s illegal occupation, annexation and apartheid, and to withhold all recognition and assistance from it, by immediately implementing, as a matter of priority, the following measures: