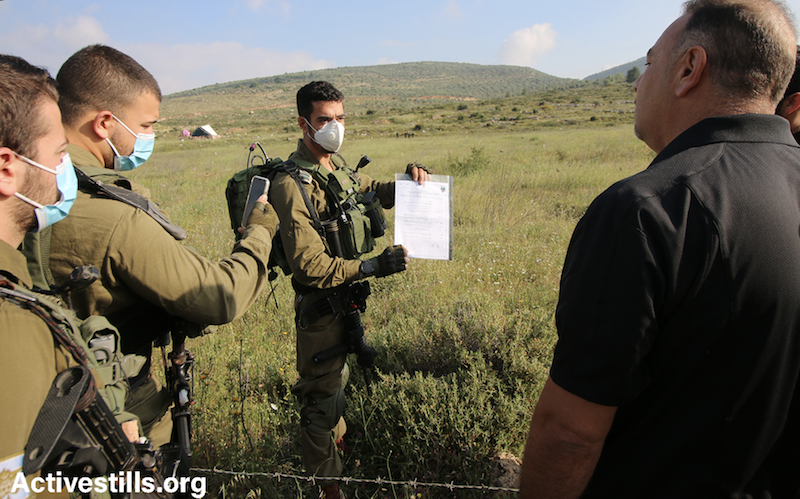 Israel’s new right-wing government is once more set to formally annex large swathes of the Occupied Palestinian Territory (OPT). This de jure annexation would culminate years of gradual de facto annexation through the appropriation of land, forcible displacement of Palestinian population and the transfer of Israeli settler population in the OPT.

Indeed, Israel has violated the laws governing belligerent occupation since 1967 by progressing its colonization of the Palestinian territory. This has been facilitated by the imposition of an apartheid regime of racial discrimination, segregation and territorial expansion that is enshrined in Israel’s domestic law.

We, the undersigned Palestinian civil society unions, organizations, human rights and advocacy groups, concur with the UN expert on human rights in the OPT: "The looming annexation is a political litmus test for the international community” and for its ability to uphold international law.

We therefore remind all States of their international obligation to cooperate to end grave violations of international law committed by any State through lawful countermeasures, including sanctions. In light of Israel’s pending de jure annexation, we are calling on all States to comply with this obligation by adopting effective countermeasures, including sanctions, to end Israel’s unlawful acquisition of Palestinian territory through use of force, its regime of apartheid, and its denial of our inalienable right to self-determination.

Whereas international law does not prescribe any particular measure, we call on the UN General Assembly and Security Council, national governments worldwide, as well as on the European Council of the EU, Organization of Islamic Cooperation (OIC), the African Union, BRICS, Mercosur, the Bolivarian Alliance for the Americas (ALBA) and others to adopt and enforce, immediately and as a matter of priority, a comprehensive ban on arms trade and military-security cooperation with Israel, and to suspend free-trade agreements with it.

A ban on arms trade and military-security cooperation with Israel, as a means to bring to an end its serious violations of international law, clearly meets the authoritative criteria of lawful sanctions that were elaborated by the UN International Law Commission: Such a targeted ban does not constitute a UN Charter-prohibited act of threat or use of force; it does not violate humanitarian obligations or fundamental human rights, and it is targeted and proportional with the gravity of Israel’s violations of international law and the rights of the Palestinian people affected.

A similar ban was adopted repeatedly in the past by the UN General Assembly and the Security Council in resolutions that condemned apartheid as a crime against mankind and a serious threat to international peace and security.

We commend the more than 130 British MPs who have urged the UK government to adopt sanctions should Israel’s government go ahead with its annexation plan.

Equally important, all States have an international obligation to not recognize as lawful a situation created through grave violation of international law, and to give no aid or assistance in maintaining that situation. The UN Security Council has called upon “all States not to provide Israel with any assistance to be used specifically in [connection] with settlements in the occupied territories.” We therefore call on governments, legislators and political parties to, as a first step, adopt national legislation that will prohibit all trade with illegal settlements within their jurisdictions, following the example of the Irish Parliament.

We further call on national governments to ensure – by means of guidance, effective policies, legislation and enforcement measures – that companies within their jurisdiction, or domiciled in their territory, respect human rights and humanitarian law and refrain from/terminate business with Israel’s illegal settlement enterprise. In this context, governments should promote the UN database of companies  involved in business with Israel’s settlements and support the mandated annual updates of the database by the UN Office of the High Commissioner on Human Rights.

Finally, we call on all States to investigate and support the investigation of individuals and corporate actors in their jurisdictions responsible for war crimes and crimes against humanity committed in the OPT. We urge States parties to the Rome Statute of the International Criminal Court (ICC) to respect and support the Prosecutor’s request to open a formal investigation into the Situation in Palestine, and protect the Prosecutor, staff at the ICC, lawyers, judges and Palestinian civil society working on providing evidence to the Court, and Palestinian victims, from retribution and attacks by Israel and the United States.

For 53 years, Israeli governments have systematically undermined international law with impunity through the piecemeal annexation and colonization of occupied Arab territory both de jure, as in the case of the Palestinian East Jerusalem in 1967 and the Syrian Golan Heights in 1982, and de facto through the illegal settlements and wall in the West Bank.

Multiple resolutions of the United Nations affirm the prohibition of acquisition of territory by force and the right to self-determination of the Palestinian people, condemning and declaring null and void Israel’s annexation of occupied territories, and calling on Israel to comply with international law.

Calling on Israel to rescind its annexation of occupied East Jerusalem, the UN Security Council even in 1980 affirmed in Resolution 476 “its determination … to examine practical ways and means … to secure the full implementation of this resolution,” while the UN General Assembly in 1982 called for sanctions against Israel, including a ban on military trade and cooperation, in response to Israel’s annexation of the occupied Syrian Golan Heights and Palestinian East Jerusalem.

Many around the world have condemned US President Trump’s “deal of the century” as not only an attempt to undermine Palestinian rights under international law, but also as an assault on international law itself. Yet, the international community as a whole has persistently failed to perform its legal obligations vis-a-vis Israel’s grave violations, emboldening Israel’s government to proceed with formal annexation of parts of the occupied Palestinian West Bank.

Far from deterring Israel’s illegal acts, criticism and rhetorical denouncements by the United Nations and its members alone, without adopting concrete measures that give effect to their international obligations, will only encourage Israel to irreversibly extinguish any possibility of a just, comprehensive and sustainable peace in our region.