Skip to main content
In the News
This article is reposted from
ADALAH-NY
, click here to read the original article. 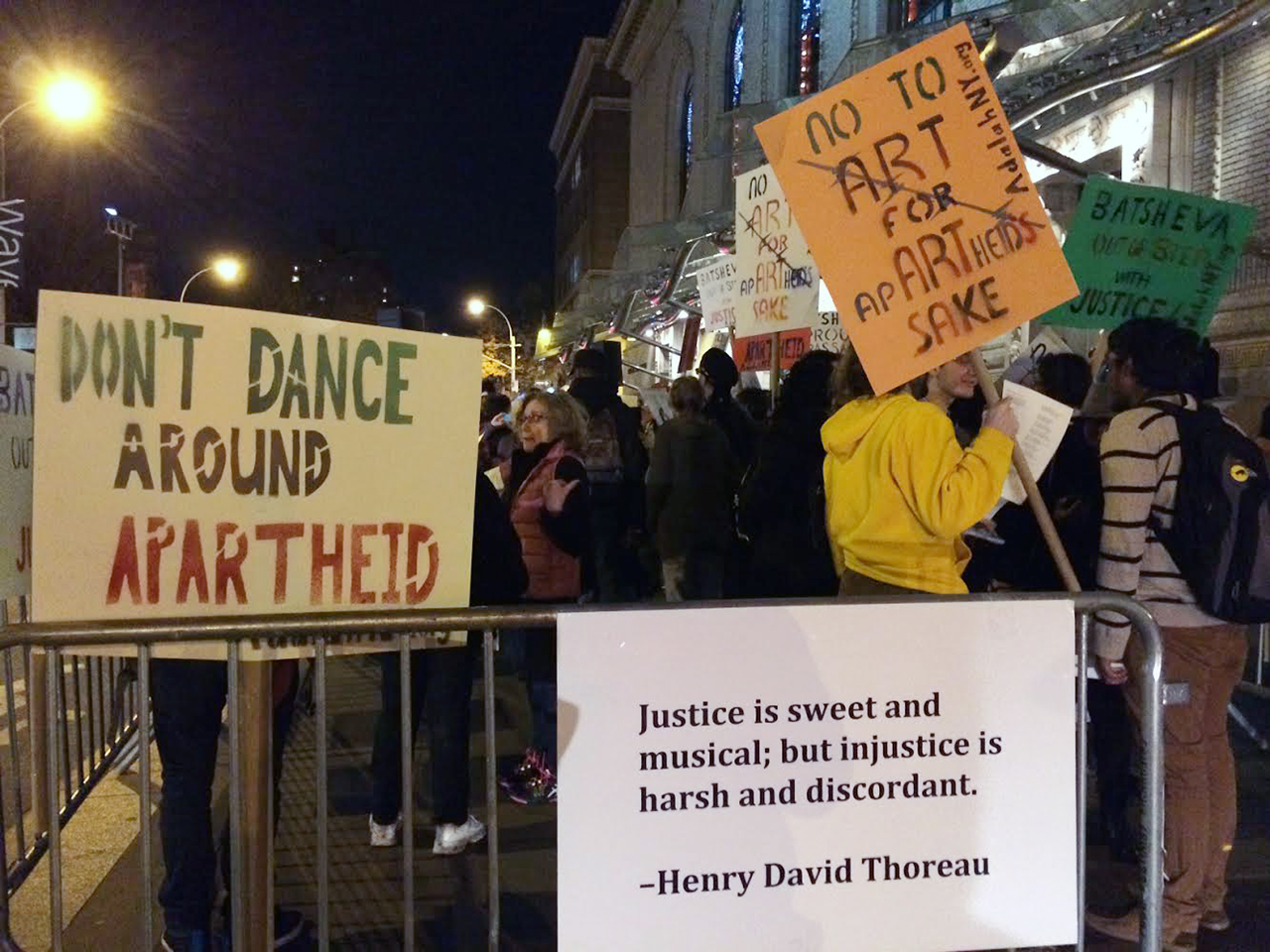 Photo by Mostafa Heddaya via Hyperallergic

Your organization can sign the letter by contacting ADALAH-NY

To the Batsheva Dance Company:

We are writing as activists and artists from the North American cities you are visiting on your current tour. Palestinian civil society has issued a call for the academic and cultural boycott of Israel, modeled on the call for the boycott of apartheid South Africa. Respecting that call, we urge you to take a stand against the Israeli government’s violations of Palestinian rights. Until you do so, we will not welcome you in our cities and we will support a boycott of your performances due to your collaboration with the Israeli state. Your choreographer and artistic director, Ohad Naharin, has taken a vocal position on peace that led us to hope that the company would finally take a stand for justice. He says that he wants to “help” the Palestinian people. However, he calls boycotts and protests pointless, and doesn't acknowledge that his dance company has consistently been identified by Israel’s Ministry of Foreign Affairs as one of Israel's greatest cultural ambassadors. Further, Batsheva received sponsorship for this year’s international tour from the Israeli Consulate Generals in Toronto and Western Canada and the Pacific Northwest, and the Israeli Embassy in Canada. Batsheva’s previous US tour was also supported by the Ministry of Foreign Affairs.

If Ohad Naharin stands against the occupation, as he says he does, we invite him to show this by ending Batsheva's complicity with it. We ask that you disavow your role as Ambassador of the State. Your position as an Israeli cultural icon gives you a platform to speak up for what’s right.

In 2010 and 2012, we called on you to  join the Palestinian BDS call from within, by refusing to participate in Brand Israel, a campaign that aims to use art and culture to whitewash Israeli crimes. Brand Israel is an effort to show “Israel’s prettier face,” as stated by Arye Mekel of Israel’s Ministry of Foreign Affairs. Unfortunately, your inaction is part of what has allowed for the most right-wing government in Israel, now supported by the most right-wing government in the United States. With the oppression of the Palestinian people growing even worse than before, it is time to take a principled position by no longer allowing your government to use your name to whitewash occupation.

We hope Batsheva, like a growing number of Israelis, and people of conscience around the world, will take a strong, unequivocal stance against Israel’s treatment of Palestinians.Until then, we will continue to urge a popular boycott of, and protests against, your performances throughout North America.

We ask that you end your complicity with the crimes being carried out by the Israeli government by disavowing your role as Ambassador of the State. Join the growing international BDS movement to increase the pressure on the Israeli government to end its violations of international law and and to support freedom, justice and equality for Palestinians.

Adalah-NY: The New York Campaign for the Boycott of Israel