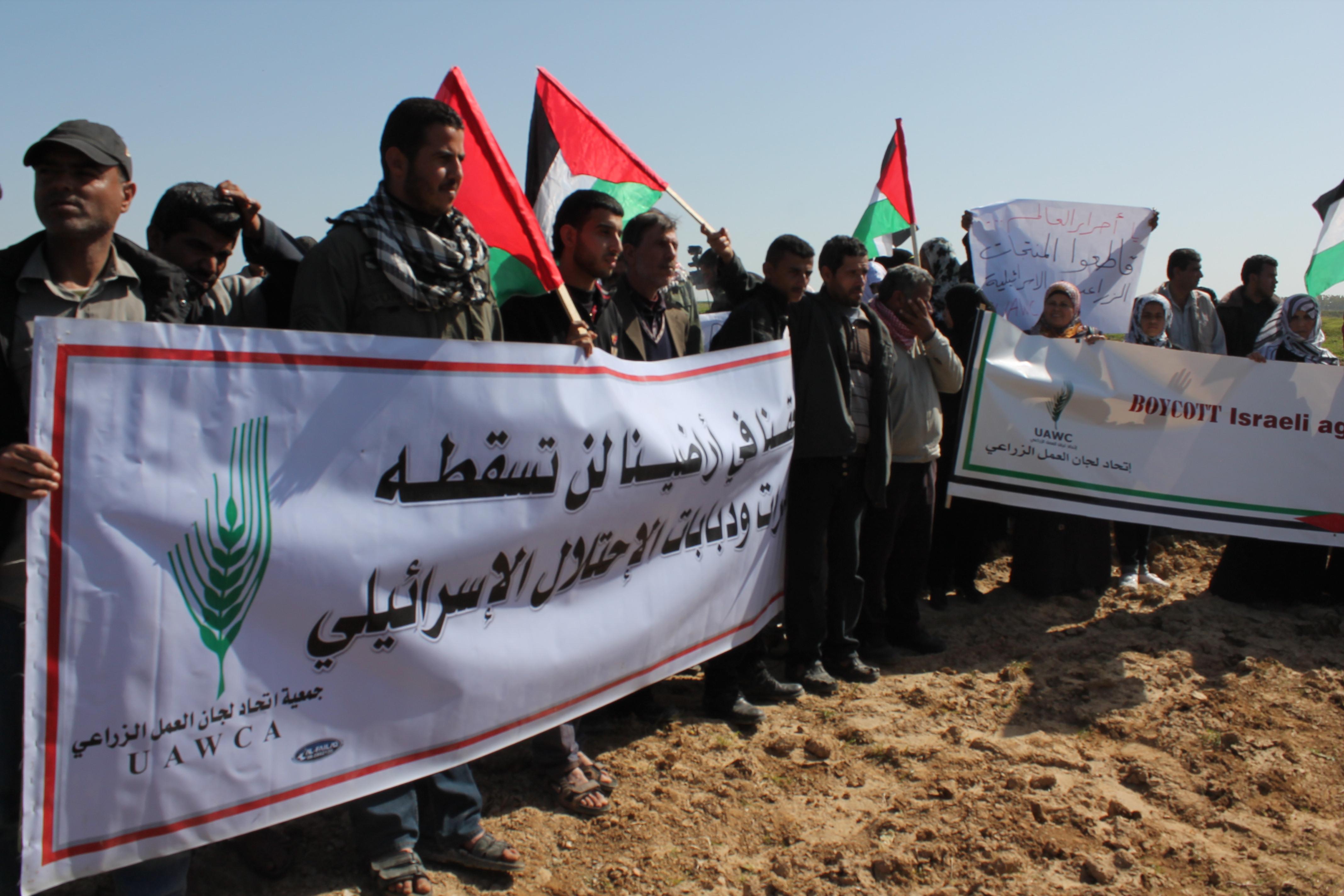 On May Day, we Palestinian trade unions are proud to stand with the trade union movement internationally as we collectively resist attacks on our working conditions, cuts to public services and job losses. We lend our voices to the mass rallies taking place internationally uniting trade unions, immigrants and refugees, social movements, and environmentalists fighting for a better future and dignified living.

We also remind the world that Palestinian workers continue to endure and resist Israel’s regime of occupation, settler-colonialism and apartheid on a daily basis, including resistance to Israel’s shameful prison system. We salute our political prisoners on hunger strike to protest Israel’s grave and ongoing violations of Palestinian human rights. We will continue to refuse Israel’s vision of a truncated network of Palestinian Bantustans and associated industrial zones, under which we relinquish our rights and become a pool of cheap labour for the Israeli state. That is why in July 2005, when over 170 Palestinian organizations urged the world to adopt a campaign of boycott, divestment, and sanctions (BDS) against Israel in the manner of South African Apartheid, this historical call was signed by all the main Palestinian trade union federations. We believe that trade union campaigns targeting corporate and state complicity with Israeli violations of international law are a vital and effective form of solidarity with the Palestinian struggle for freedom, justice and equality.

Trade unions today are taking the lead in defending the Palestinian people’s rights to self-determination, non-discrimination and equality, and the right of return of Palestinian refugees as stipulated in United Nations General Assembly Resolution 194. BDS principles and tactics have been formally endorsed by national trade union federations in South Africa, UK, Scotland, Ireland, Norway, Sweden, Belgium, the Basque Country, Brazil and other countries across Latin America, in addition to scores of national and local unions. This gives us great hope in the potential of working people to shut down corporate and state support for Israel’s crimes. It also reminds us of the incredibly inspiring international trade union campaigns which helped to expose and confound South Africa’s former apartheid regime. We salute all trade unions implementing effective BDS campaigns and divesting their pension funds from corporate occupation profiteers like G4S and HP, among others.

We also take this opportunity to call on trade unions yet to join the BDS movement to: implement boycotts of Israeli and international companies that are complicit with violations of Palestinian rights, divest trade union funds from companies and institutions complicit in Israel’s occupation, settler colonialism and apartheid, and apply pressure on governments to cut military and trade relations with Israel. We reiterate our call for a boycott of Histadrut, Israel’s general trade union, for its complicity with Israel’s violations of international law and its refusal to take a clear stand in support of comprehensive human rights for Palestinians.

We look forward to working alongside trade unions around the world to develop and strengthen our struggles for human rights, social and economic justice. We stand shoulder to shoulder with working people worldwide and thank you for the solidarity you continue to show to the struggle for Palestinian workers’ rights.

Postal, IT and Telecommunications Workers Union