Join the Global BDS Week of Action Against HP

From July 10th - 15th, groups from across the world are coming together to send a powerful message to HP companies, HP Inc and HP-E, demanding that they stop profiteering from Israel’s apartheid, occupation and colonisation. 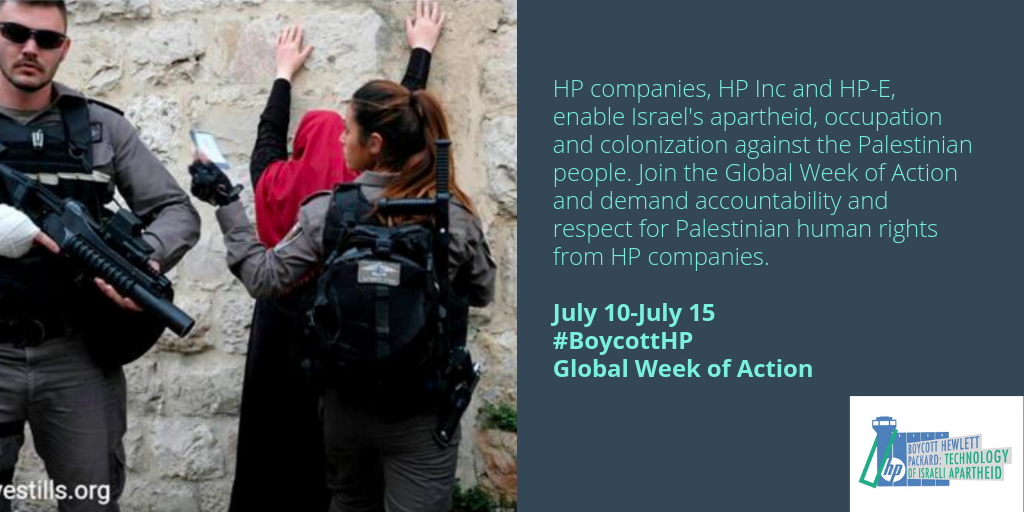 From July 10th - 15th, groups from across the world are coming together to send a powerful message to HP companies, HP Inc and HP-E, demanding that they stop profiteering from Israel’s apartheid, occupation and colonisation.

July 15 marks one year from the adoption of the racist Nation-State Law by the Israeli parliament, that has made discrimination of Palestinians and all non-Jews mandatory, officially declaring Israel an apartheid state. Let’s call out Israel on its regime of apartheid and take action to stop international complicity with it!

HP companies have been enabling Israel’s apartheid and brutal oppression of the Palestinian people for years.

HP-E provides Israel’s Population and Immigration Authority with the exclusive Itanium servers for its Aviv System. This system enables the government to control and enforce its system of racial segregation and apartheid against Palestinian citizens of Israel. HP-E is also directly involved in Israel’s settler colonialism through its “Yesha database”, which compiles information on Israeli citizens in illegal settlements in the occupied Palestinian West Bank.

HP Inc., the legal successor of HP, provides computer hardware to the Israeli army which maintains the illegal occupation over millions of Palestinians in Gaza and the West Bank, including East Jerusalem.

Grassroots and civil society groups across the world have called upon HP companies to end their ties with Israel’s grave violations of human rights. 30+ churches in the US have declared themselves HP free. Trade unions in the UK and across Europe have committed their support to Palestinian rights by boycotting HP products and divesting from the company. India’s largest students’ federation, with over four million members, has endorsed the call to boycott HP and is taking this campaign to college campuses. Dublin City Council, in its resolution to support the Palestinian call fro Boycott, Divestment and Sanctions (BDS), has also endorsed the boycott of HP companies. More boycott pledges from across the world are coming up during the week of action.

This is a moment to further strengthen this campaign globally. During this week of action, you can do any of these actions, or build your own action, to support the campaign. 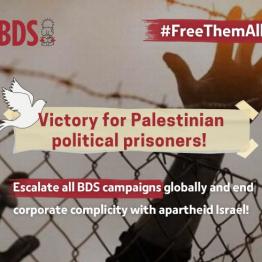