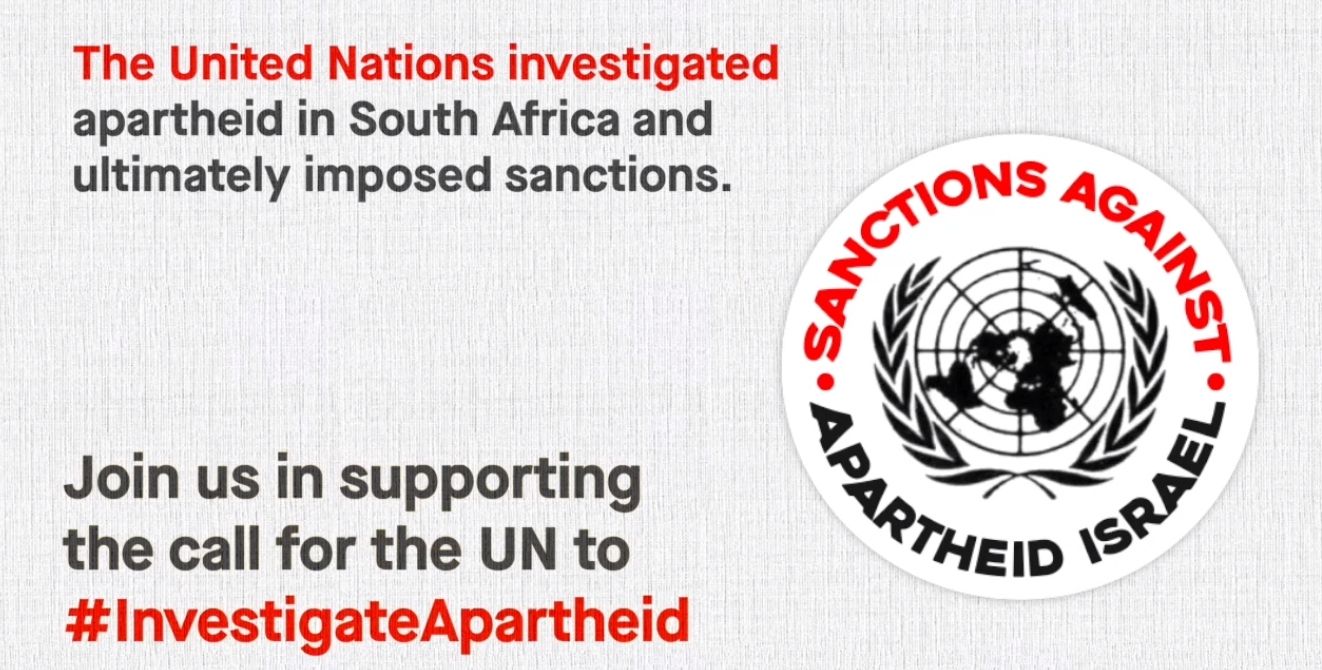 For decades, Palestinians have condemned Israel’s colonial regime as including the crime of apartheid. Prompted by the Palestinian civil society call for lawful, targeted sanctions to counter apartheid Israel’s annexation plan, political leaders, as well as civil society forces in the Global South, have since 2020 amplified the demand for a UN investigation of Israel’s apartheid regime. The shared context of anti-colonial resistance, past and present, brings the Global South in a fundamental alliance with the Palestinian freedom struggle.

This year has seen unprecedented progress in international solidarity with the Palestinian liberation struggle. Namibia and South Africa, that have struggled against and defeated apartheid in the past, as well as Malaysia, have raised attention in the UN system about Israel’s 21st-century apartheid.

The Global South Response initiative was launched in 2020 by civil society groups to mobilize and consolidate support for UN mechanisms against Israel’s apartheid and for an arms embargo against it. This effort has been endorsed by 10 ex-Presidents, hundreds of MPs and civil society leaders from Asia, Africa and Latin America. The initiative mobilized for these demands through debates and actions in solidarity with the Palestinian People. Marking its first anniversary in July 2021, the initiative brought together activists from Asia, Africa and Latin America to build intersectional and effective solidarity with the Palestinian anti-apartheid and anti-colonial struggle. Activists from Asia discussed strategies of challenging Israel’s apartheid from grassroots to UN mechanisms, while the Africa webinar brought together efforts of intersectional struggles. Groups in Latin America hosted Omar Shakir of Human Rights Watch for a conversation with Nadia Silhi about HRW’s report confirming that Israel is responsible for the crime of apartheid. On the occasion of the 20th anniversary of the World Conference Against Racism in Durban, the initiative also raised awareness among young generations of the Declaration of the WCAR’s NGO Forum  - a pioneering effort of global intersectional and anti-racist solidarity that has centered the struggle against Israel’s oppression of Palestinians on the crime of apartheid.

Today, November 30th, we mark the day when the UN General Assembly adopted the anti-Apartheid Convention, which for the first time defined apartheid as a crime against humanity,  whether committed in Southern Africa or elsewhere.  States signatories of the Convention commit to take all necessary measures to suppress and punish the crime. On this November 30th, we, civil society of the Global South, call on governments that have not yet done so to ratify the Convention, and to activate domestic and UN mechanisms to suppress and punish Israel’s apartheid.

Watch this video prepared by the Global South Response about apartheid in South Africa and Palestine. International solidarity and action by the United Nations contributed to ending apartheid in Southern Africa. It’s time for the same to be mobilized against apartheid-Israel: