Tens of Israeli occupation soldiers stormed the home of Mahmoud Nawajaa, the General Coordinator of the Palestinian BDS National Committee (BNC), near Ramallah, handcuffing, blindfolding and taking him away from his wife and three young children 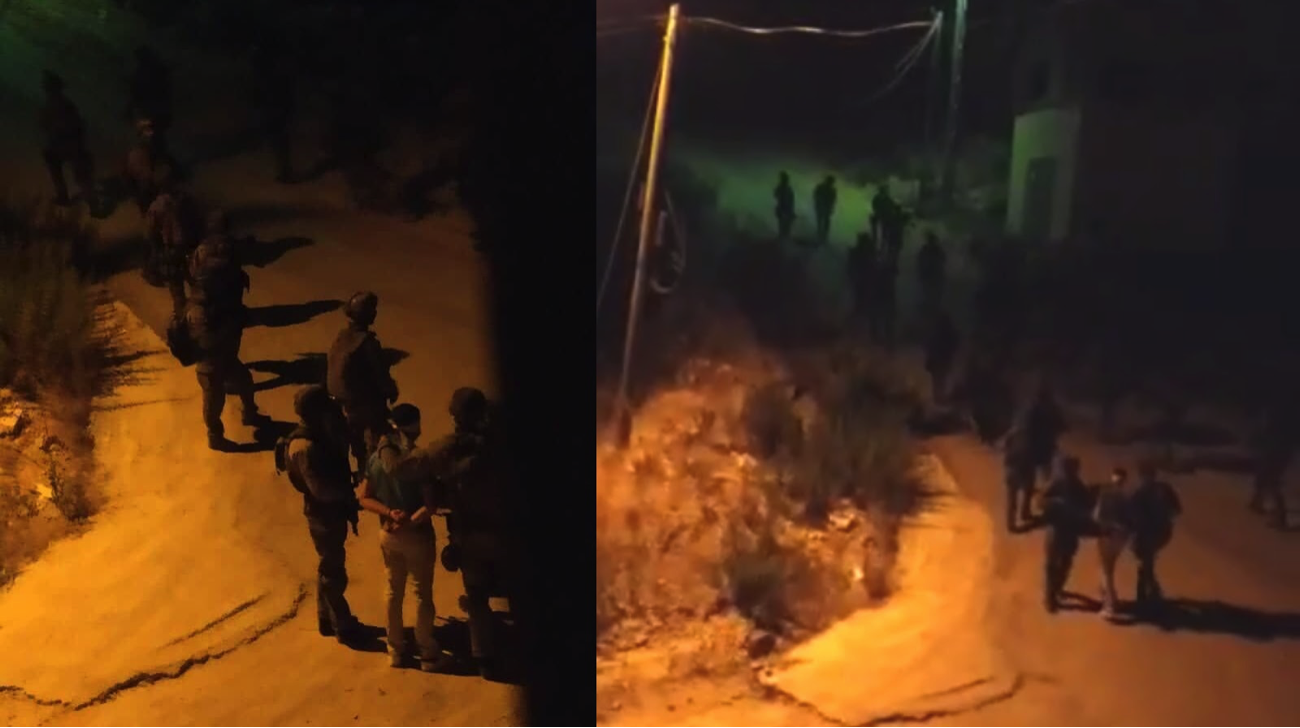 Occupied Ramallah, 30 July 2020 – At around 3:30 am, tens of Israeli occupation soldiers, accompanied by at least one dog, stormed the home of Mahmoud Nawajaa, the General Coordinator of the Palestinian BDS National Committee (BNC), near Ramallah, handcuffing, blindfolding and taking him away from his wife and three young children.

We call on all BDS activists everywhere to further strengthen BDS campaigning to hold Israel accountable, and for states to impose sanctions. #FreeMahmoud

Before being led away, Nawajaa told his wife, “Take care of the kids.”

Mahmoud’s two older children, 9 and 7, shouted defiantly at the soldiers who invaded their home to arrest their father. The older son said, “Leave dad alone. Get out. Your dog doesn’t scare me.”

Under the UN’s International Convention on the Suppression and Punishment of the Crime of Apartheid, the “Persecution of organizations and persons, by depriving them of fundamental rights and freedoms, because they oppose apartheid,” is one of the inhumane acts committed to maintain an apartheid system.

The global, peaceful Boycott, Divestment and Sanctions (BDS) movement was launched in 2005 by the overwhelming majority of Palestinian unions, mass movements, women’s organizations, and campaigns. It calls for ending Israel’s occupation and apartheid regime and for realizing the UN-stipulated rights of Palestinian refugees, forcibly displaced since 1948, to return to their homes.

The BNC, the largest coalition in Palestinian society, leads the BDS movement worldwide.

In a recent BNC statement welcoming the position of tens of UN human rights experts that have condemned Israel’s formal annexation plans as a crystallization of “a 21st century apartheid,” Mahmoud Nawajaa said:

For decades, international inaction and complicity have enabled Israel to violate the laws of belligerent occupation, advance its colonization of the occupied Palestinian territory and impose an apartheid regime that is enshrined in Israel’s domestic law.

Faced with Israel's illegal annexation, its regime of apartheid and its denial of our inalienable right to self-determination, it is high time for all States and international organizations to comply with their legal obligations by adopting effective countermeasures, including sanctions.

In recent years, the BDS movement has grown in prominence worldwide, its impact reaching parliaments across the globe, from South Africa to the US Congress, political parties, major trade unions, churches, campuses, racial justice movements, and renowned cultural and artistic figures.

Israel’s far-right government has been fighting the BDS movement for years, recognizing its strategic impact and allocating massive financial and human resources in its “war” against it.

Israel’s regime of military occupation, settler-colonialism and apartheid is desperately trying to terrorize Palestinian BDS activists and their families, after having failed to slow down the growth of the movement. We call on all BDS activists everywhere to further strengthen BDS campaigning to hold Israel accountable.

As Israel becomes a role model for the racist, authoritarian far right, BDS is becoming a key component of the global progressive wave that fights for Indigenous, racial, economic, social, gender and climate justice.

It is high time for States not just to defend Palestinian and other human rights defenders, like Mahmoud, but also to impose lawful, targeted sanctions to end Israel’s war crimes, crimes against humanity and entire regime of oppression of the Indigenous Palestinians. Only that can help us achieve freedom, justice and equality.