Skip to main content
In the News
This article is reposted from
Derry Journal
, click here to read the original article.

Donnelly to give up HP gear in Israel protest

Gary Donnelly will decommission his council-issue Hewlett Packard printer prior to next week’s monthly meeting at the Guildhall in protest over contracts it holds with Israel.

Councillor Donnelly said he’s backing an Ireland-Palestine Solidarity Campaign call for all councillors and staff to return their HP products as part of a “week of action.”

The Derry IPSC branch is protesting because HP systems are used in Israeli ID cards and it holds contracts with several Government departments. In March Haaretz, reported how HP held the largest number of government contracts, not subject to tender, of any firm: 16 ministries signed 81 contracts, valued at 735m shekels, in five years.

Mr Donnelly said: “The motion passed in Council last month in support of the Boycott Divestment and Sanctions campaign against Israel sent out an important message of solidarity with the people of Palestine.” He said: “We want to begin the week of action by calling on all Councillors and Council staff to hand back any HP products in advance of the Council meeting at the Guildhall front entrance at 3pm.”

HP told the Journal: “HP has been strongly committed to socially responsible business practices throughout its 75 year history. It is not our policy to take sides in political disputes between countries or regions. Instead, we focus on making the best products we can to help improve the lives of people around the world.”

A spokesperson for Derry City and Strabane District Council confirmed that a motion was passed by Council on September 28 in support of the Palestine Boycott, Divestment and Sanctions Campaign. The Council affirmed its support for the Palestinian people, for the Boycott, Divestment and Sanctions Campaign and said it will investigate the most practical means of implementing the BDS Campaign. 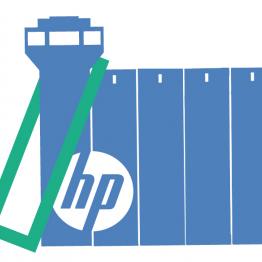