October 14, 2022
/ By
Palestinian Campaign for the Academic and Cultural Boycott of Israel (PACBI)
/ 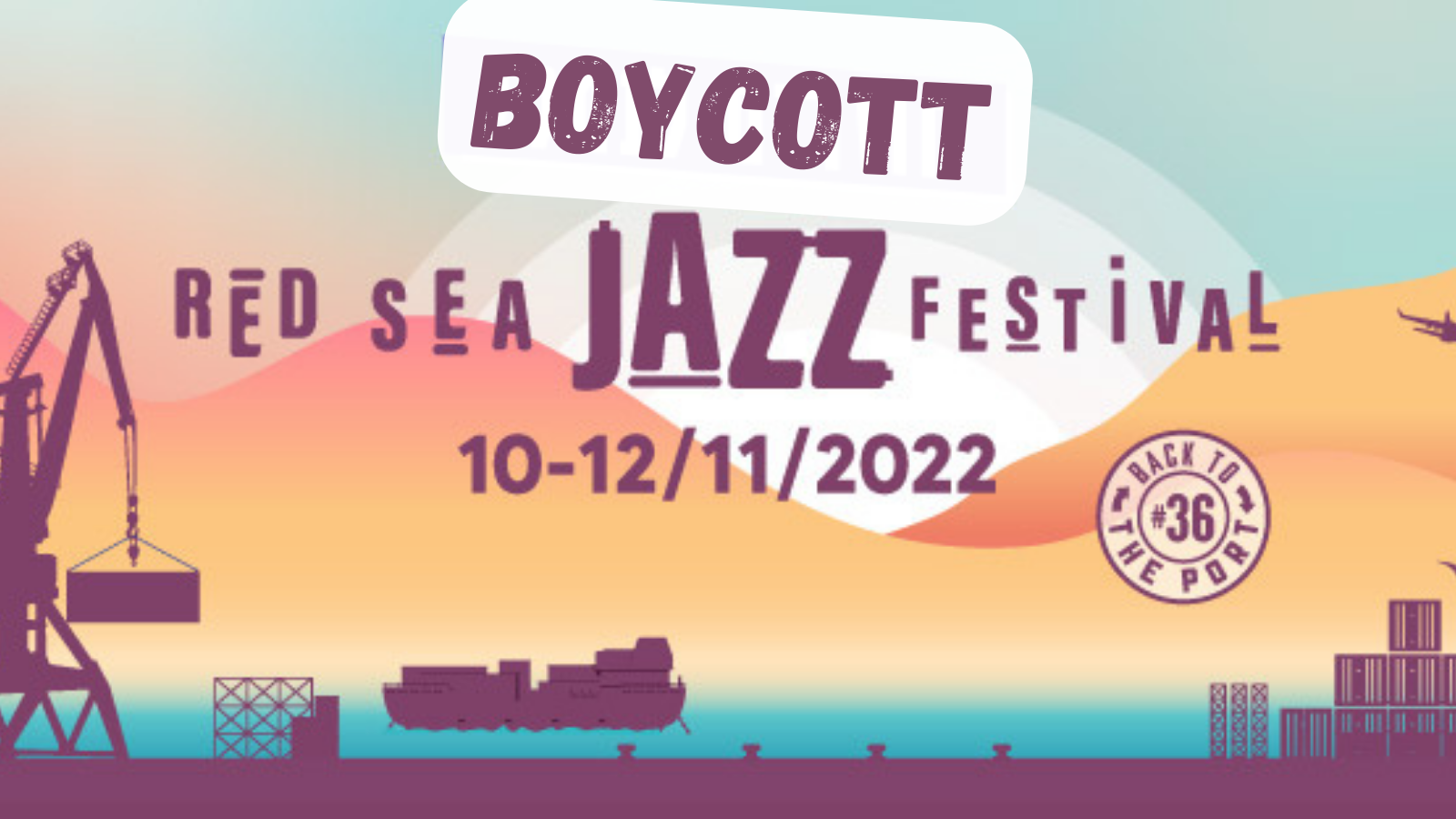 The Palestinian Campaign for the Academic and Cultural Boycott of Israel (PACBI) calls on artists to boycott the Red Sea Jazz Festival, just as festivals in apartheid South Africa were boycotted. PACBI is a founding member of the largest coalition in Palestinian society, the BDS National Committee (BNC), that leads the global BDS movement.

The Red Sea Jazz Festival, like all Israeli cultural institutions, benefits directly from Israel’s decades-old regime of apartheid, military occupation and settler-colonialism. Since its founding it has failed to distance itself from this system of oppression against the Palestinian people or to uphold comprehensive Palestinian rights under international law.

The festival is sponsored by the Eilat municipality, which boasts of its close relationship with apartheid Israel’s “security forces”, notorious for their systemic racist violence against Indigenous Palestinians, including massacres in nearby Gaza that have killed thousands since 2008.

Eilat itself is built on the ruins of Umm al-Rashrash, one of the more than 500 Palestinian villages, towns and communities systematically ethnically cleansed during the Nakba (catastrophe) starting in 1947 and continuing beyond Israel’s founding in 1948.

The Red Sea Jazz Festival is partnered with the far-right Israeli ministries of culture, and tourism. These apartheid state agencies aim to whitewash human rights violations by cynically portraying Israel as a “tourist destination” and “cultural hub”, covering up its brutal military occupation and crimes against humanity.

We thank the US group who had been booked to play the festival this year and cancelled after learning privately from Palestinians about the event’s role in artwashing apartheid. They join many other artists to have refused to perform at Red Sea Jazz in the past.

A petition launched by progressive Jewish Israeli group Boycott from Within – signed by more than 20,000 people before it was closed – said the festival “uses Jazz music as a tool for whitewashing military occupation, apartheid and oppression of the Palestinian people”.

Since May 2021, following Israeli forces’ massacre of more than 240 Palestinians including more than 66 children in besieged Gaza, more than 1500 artists have joined the inspiring Musicians for Palestine initiative, “refusing to perform at Israel’s complicit cultural institutions”.

The BDS movement has three aims: the end of Israel’s military occupation of all Palestinian (and Syrian) land, full equality for Palestinians with Israeli citizenship, and the right of return for Palestinian refugees, ethnically cleansed from their homes and land.