October 31, 2022
/ By
Palestinian Campaign for the Academic and Cultural Boycott of Israel (PACBI)
/ 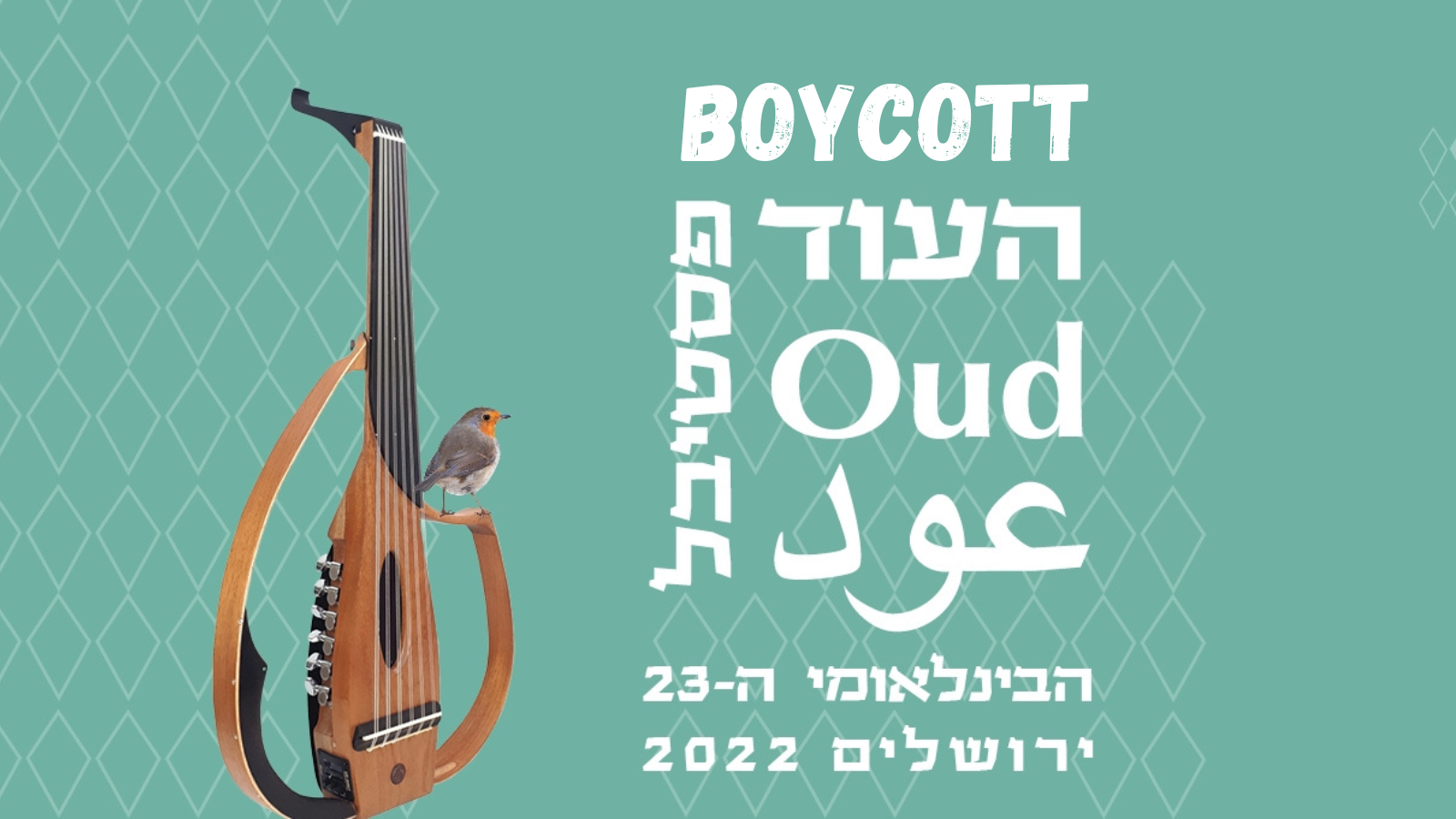 The Palestinian Campaign for the Academic and Cultural Boycott of Israel (PACBI) calls to boycott the Jerusalem International Oud Festival, which shamelessly appropriates Palestinian and Arab culture and is deeply complicit in whitewashing Israel’s regime of apartheid, occupation and settler-colonialism. We urge all artists to withdraw to avoid harming our struggle.

The festival is sponsored by the apartheid municipality of Jerusalem, responsible for the ethnic cleansing of Indigenous Palestinians from the occupied city, a process that Israel calls “Judaization”. Another festival partner is the far-right Israeli ministry of culture that has conditioned cultural funding on “loyalty” to its strand of Israel’s racist state ideology, Zionism.

Alongside partners, including progressive Israeli group Boycott from Within, PACBI has campaigned for the boycott of the festival since at least 2011. Indian artists are among those to have echoed our appeal. Musicians to have canceled performances at the festival include Martha Frintzila, Ross Daly, Giorgos Xylouris, Giorgos Manolakis, and Kelly Thoma.

November 2021’s edition featured virtually no international participation despite the lifting of most coronavirus-related restrictions at that time. After years of strategic BDS campaigning, the festival again fails to attract the wider range of international artists that it boasted long ago.

Leading human rights organizations – including Amnesty International, Human Rights Watch, and Israel’s largest such organization, B’Tselem – have joined a growing global consensus that Israel is perpetrating the crime against humanity of apartheid against the Palestinian people.

More than 1,500 artists have joined the inspiring Musicians for Palestine network, endorsing our peaceful calls for Israel and its complicit cultural sector to be held to account. We urge all artists booked for the Jerusalem International Oud Festival to instead join our growing movement. The least they can do is not undermine it by crossing our picket line.

- PACBI is a founding member of the BDS National Committee (BNC), the largest coalition in Palestinian society that is leading the global BDS movement. PACBI is tasked with leading and guiding the academic, sports and cultural boycott of Israel.