June 15, 2022
/ By
Palestinian Campaign for the Academic and Cultural Boycott of Israel (PACBI)
/
New Zealand/Aotearoa 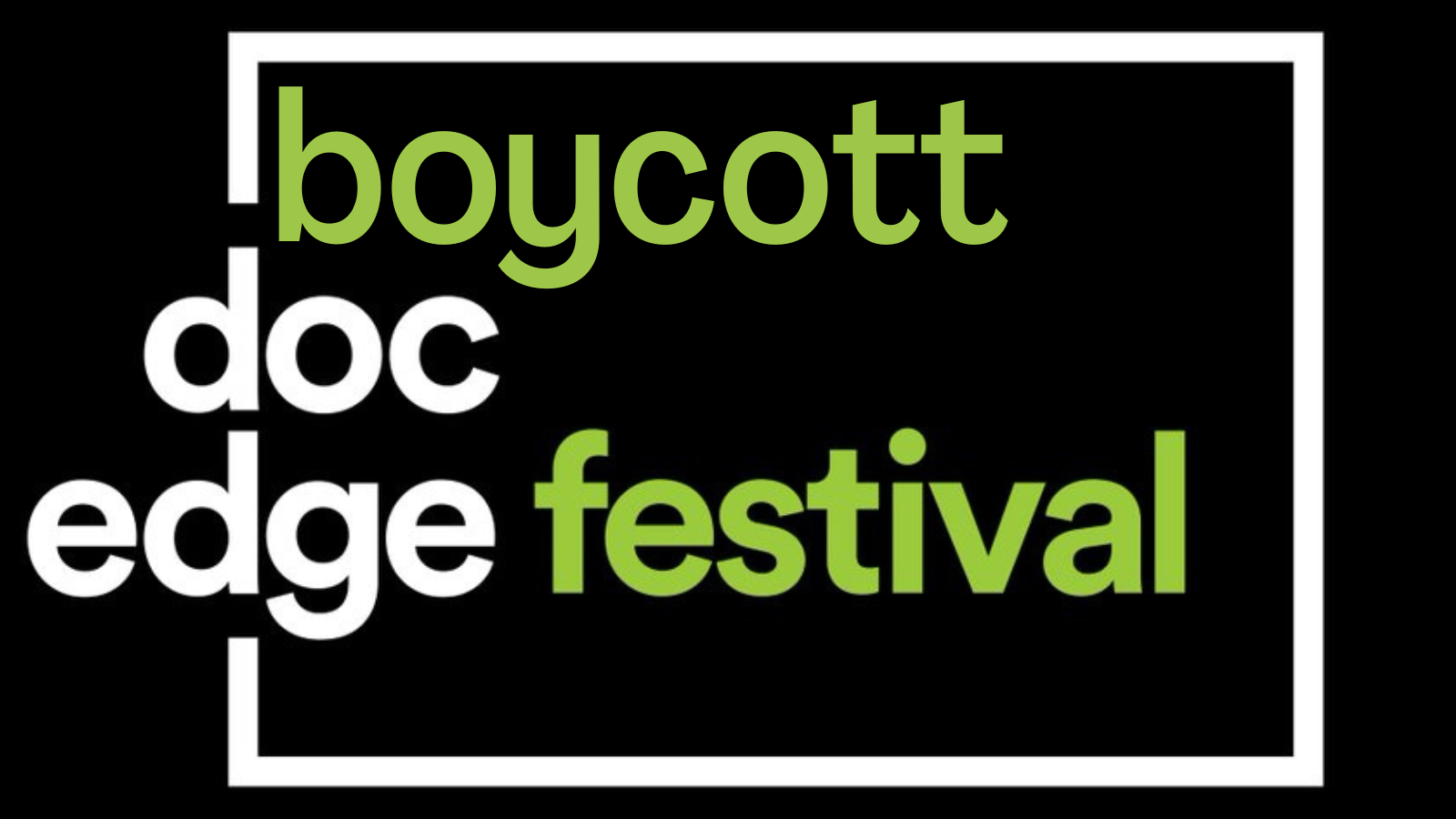 The Palestinian Campaign for the Academic and Cultural Boycott of Israel (PACBI) – a founding member of the Palestinian BDS National Committee (BNC), the largest entity in Palestinian society that leads the global BDS movement – calls to boycott Doc Edge Festival in Aotearoa (New Zealand) until it drops its partnership with the embassy of apartheid Israel.

“There must be no double standards when it comes to the basic human right to freedom from persecution and oppression and the right to life and to dignity”.

These film professionals join thousands of international artists who have called for effective measures to hold apartheid Israel to account for its brutal oppression against Palestinians. More than two hundred queer filmmakers have pledged not to submit films to or otherwise participate in “events partially or fully sponsored by complicit Israeli institutions until Israel complies with international law and respects Palestinian human rights”. Actors including Gael García Bernal, Maxine Peake, Peter Capaldi, Viggo Mortensen, Harriet Walter and Charles Dance endorsed “meaningful solidarity with Palestinians struggling for their human rights under international law”.

Indigenous Palestinians, inspired partly by the international boycotts against apartheid in South Africa, are calling for international artists, including documentary filmmakers, to show meaningful solidarity with our struggle by refusing to screen with film festivals and institutions that are complicit in Israel’s regime of apartheid, military occupation and settler-colonialism. Doc Edge is complicit through its art-washing partnership with apartheid Israel. We urge all film professionals to boycott it until it drops the Israeli embassy as an official festival supporter.

The BDS movement categorically rejects censorship and upholds the universal right to freedom of expression as stipulated in the United Nations’ International Covenant on Civil and Political Rights (ICCPR). The institutional boycott we are calling for is in harmony with this right. Beyond the scope of BDS guidelines for the international cultural boycott of Israel, activists may still choose to advocate a “common sense” boycott against a documentary film that, say, incites to racial hatred, whitewashes war crimes, tries to normalise apartheid and military occupation, etc. While these “common sense” boycotts are outside the realm of BDS, no documentary film should have a free pass to promote the violation of international law, whether it is an Israeli, US or NZ production; consistently applying the same principle to all. Any film institution that programmed such a film would expect “common sense” boycotts from conscientious film audiences.