#BoycottCarrefour until it ends complicity with Israeli Apartheid and Settler Colonialism 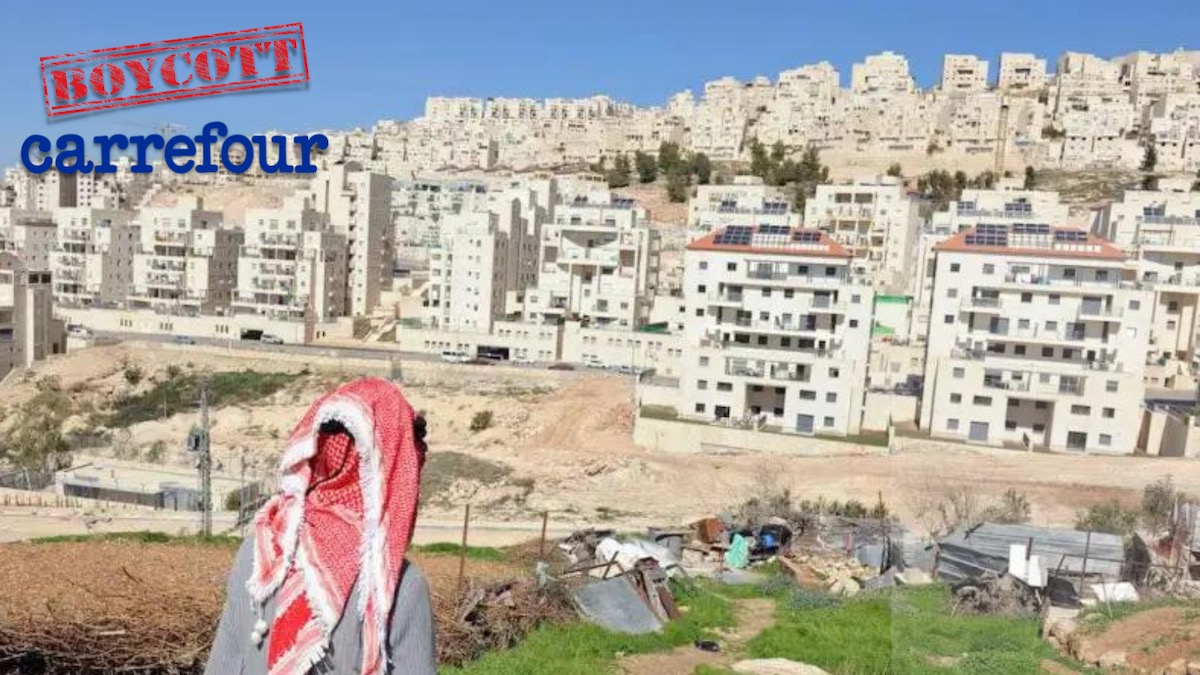 The Palestinian BDS National Committee (BNC), the largest Palestinian civil society coalition that leads the global Boycott, Divestment and Sanctions (BDS) movement, calls on supporters of Palestinian rights worldwide to boycott the Carrefour Group and divest from it until it ends its support for Israel’s grave violations of Palestinian human rights.

On 8 March, the France-based multinational retailer Carrefour Group announced a new franchise agreement in Israel with Electra Consumer Products and its subsidiary Yenot Bitan, both active in the illegal Israeli settlement enterprise. This decision makes Carrefour complicit in war crimes committed by the Israeli regime of occupation, settler-colonialism and apartheid over the entire Palestinian people.

According to this new partnership with Electra Consumer Products, Carrefour banners will fly in apartheid Israel before the end of 2022, and all Yenot Bitan stores - more than 150 to date - will have access to Carrefour branded products.

In November 2022, a report co-signed by 7 leading civil society organisations revealed to the world the complicity of Carrefour Group in the crimes committed by Israel's regime of oppression against the Palestinian people. According to this report, Electra Consumer Products and its “sister-company” Electra Group are both owned by the Israeli-based international holding Elco Ldt. Electra Consumer Products and its several subsidiaries and brands, including Yenot Bitan (an Israeli supermarket chain), are directly involved in a number of projects fostering Israel's illegal settlements enterprise. Electra Group - listed in the UN database of businesses involved in Israel’s illegal settlement enterprise -  is active in the fields of real estate, infrastructure development, facility management, and electro-mechanical infrastructure.

Israel can only maintain its regime of settler colonialism and apartheid over the Palestinian people through support from governments, companies and institutions that we need to hold to account for their role in entrenching a decades-old criminal regime of injustice and oppression.

Businesses are legally required to respect human rights and international humanitarian law, and Palestinian civil society has long called on companies to end their complicity in apartheid Israel’s violations of Palestinian human rights. Major investment funds in Norway, the Netherlands, Luxembourg, New Zealand, and elsewhere have already divested from companies and banks that are complicit in Israel’s illegal settlement enterprise.

To meet its obligations, Carrefour must:

By doing both, Carrefour Group would follow the lead of many other companies and investors  around the world such as Veolia, Orange, and General Mills. By maintaining and profiting from business with Israel’s illegal settlements, Carrefour is responsible - and possibly legally liable - for aiding/abetting or profiting from war crimes and the crime against humanity of apartheid.

Carrefour Group, like several other Western companies, decided to withdraw Russian products from their stores as a form of protest merely weeks into the Russian invasion of Ukraine. Where is Carrefour's moral stance against Israel’s regime of military occupation, settler colonialism and apartheid that has oppressed Palestinians for decades?

Join us as we pressure the French-based Carrefour Group to stop making profit from oppression of the Palestinian people!

Until it ends complicity, let’s #BoycottCarrefour